A stent is an expandable metal tube that is used to treat weak arteries. These stents help in opening up arteries that are narrowed down by the accumulation of plaques. Implantation of the tube helps in reducing the constriction of blood flow in the affected region. The metal mesh is implanted during angioplasty. For larger arteries fabric stents called stent grafts are commonly used. During the procedure the stent is put over the balloon catheter. It is then moved to the narrowed region of the artery. As the balloon inflates, the stent expands and forms a scaffold in the area. This helps to keep the artery open for the procedure. The procedure of placing a stent is known as stenting and it is a minimally invasive procedure.

Some of the common conditions for which stenting is performed include:

When is one advised stents for the heart?

Have a question aboutStents?Ask a doctor now

There are two main types of stents used in coronary arteries – bare-metal stents and drug-eluting stents (DES). Bare-metal stents are made of stainless steel while DES has metal struts coated with a growth inhibiting agent. This growth inhibiting agent escapes from DES in small amounts and prevents the proliferation of the cells. Stents are used in other blood vessels as well, when needed.

Other types of stents in use include:

There are some new generation stents that are under development or are approved in other countries, including:

Stenting has some risks associated with the procedure. This includes the formation of blood clots in the stent, which may lead to complete blockage of the vessel. Those who have a stent in one of the arteries have to follow some simple precautions to prevent these complications. They are recommended to have blood-thinning drugs after stenting to prevent the blood clot formation. Small scar tissue may be formed in the stented area, leading to re-narrowing of the artery; this is referred to as restenosis and yet another stenting may be required to avoid any other issues.

Is a stent a good option for ischemic heart disease?

What happens when a stent fails?

More from FindATopDoc on Stents 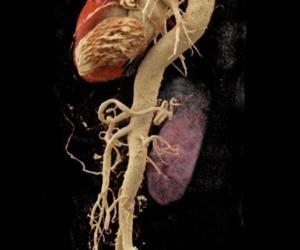 Can you still have angina after stents?

Would I need stents after a heart attack?

Is stent placement a surgery?

Do stents need to be replaced?

Do I need a stent consultation?