According to a new study, survivors of a heart attack who get angry easily and are stressed out will have increased chances of another heart attack. In this study, about 50% of the heart attack survivors who had very high scores for anger and stress on the psychological tests had a fatal or non-fatal heart attack, when compared to those people who had lower scores on the tests.

Researcher Franco Bonaguidi, DPsych, of the Institute of Clinical Physiology in Pisa, Italy, report that as per the study results people who had a high score on the anger scale had 2.3 times increased chances of getting another attack when compared to those who had a lower score. Similarly, compared to the those who had a low score in the stress scale, participants who had a high score on the stress scale had 1.9 times more chances of having another attack. Other risk factors of the heart diseases like age, gender, high blood pressure, and high cholesterol were all taken into consideration.

How do you strengthen your heart after a heart attack?

In this study, out of the 228 participants who had an attack, 200 were men. During the 10-year period of study, 51 people had another attack out of which 28 participants died. The results of the study were published in the annual meeting of the European Society of Cardiology.

According to researcher Bonaguidi, anger cannot be switched off voluntarily. Moreover, it is needed to overcome obstacles and reach certain objectives, adds Bonaguidi . When the emotion is beyond a certain limit it may trigger harmful physiological changes that may lead to self-destructive behavior and food and alcoholic addiction. American College of Cardiology Vice President John Harold, MD, a heart specialist at the University of California, Los Angeles, agrees with the observations of the study and added that this was something which he faced in his own practice. According to him, when a heart patient gets angry or is stressed out, he can predict that he is going to have another episode of heart attack unless and until he changes his behavior.

How Can I Relieve Stress Quickly?

Can you die from a heart attack? 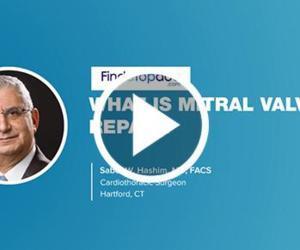 Don't have anyone to help me

Is it possible to have a small heart attack?

How do I help my father if he has a heart attack?