There have been speculations about the positive effects of diet on alleviating the symptoms of multiple sclerosis. Although doctors and researchers have yet to come up with sufficient evidence to prove the validity of this claim. However, a well-balanced diet is nonetheless essential to MS sufferers (and even non-patients) in order to maintain good health.

A gluten-free, Mediterranean, paleo, and swank diet are some of the commonly suggested diets that could “possibly” reduce the symptoms of MS and, in some cases, even claim to actually cure MS. 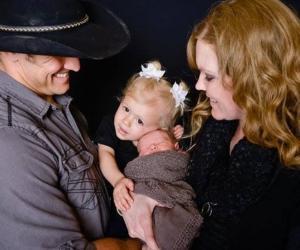 Health-boosting nutrients are vital to be included in your daily diet because they offer overall well-being. Vitamins A, D, and H, as well as omega-3 fatty acids and antioxidants, are some of the most important nutrients. Most medical organizations have recommended a particular diet to the public, in general, but doctors approve eating high-fiber, low-fat diets for MS patients.

Celiac patients must do away with Gluten but for the symptoms of Multiple Sclerosis, there has been no research that has successfully proved this. Since the symptoms of MS vary in different people and therefore your elimination of gluten-diets may not entirely be subject to MS symptoms.

Among the recommended diets for MS patients is the Mediterranean diet. It’s considered one of the healthiest diets out there. Mediterranean includes beans, olive oil, whole grains, fat fish, vegetables, and fruits. This diet proves suitable even for the general public. Research has shown that it improves physical and mental health, as well as overall quality of life. Again, there are no documented research studies that prove whether the Mediterranean diet helps combat MS symptoms.

The principle behind this particular diet is that your body is made to absorb ancient, natural staples rather than modern, processed foods. By natural staples, of course it means animal lean meat and fruits and vegetables such as berries and nuts.

Again, like the previously mentioned diets, there are no published studies that prove Paleo’s effects on MS patients. However, one particular research reports that patients who followed Paleo diet exhibited lower fatigue levels than those who didn’t. But this research cannot be all conclusive as the participants also took part in specific exercises aimed at eliminating symptoms of MS.

At the end of the day, different diets have different effects on people. Thus it’s still important to consult your doctor before you start or quit a new diet.

The Swank diet was introduced by Roy Swank in 1948. Swank was a physician who put emphasis on eating low-fat foods. He was convinced that animal products that produce saturated fats and oils from the tropics make MS symptoms worse. There’s been a lot of controversy to his scientific approach to this problem, mainly because the experiment did not include a control group despite the fact that it was carried out when MS progression could not be measured using MRIs. For normal people, saturated fats should be limited to a daily intake of 15 grams or less to maintain optimum health.

Basic nutrients for the overall well-being of MS patients

Inflammation can be reduced by animal-based, omega-3 fatty acids. Fish with high levels of fat content - such as salmon, tuna, sardines, and mackerel - are a great source of omega-3. Aside from that, seeds are also a rich source, including chia, pumpkin, flax, and walnut seeds. Vitamin A reduces the chance of blurred vision, while Vitamin D reduces the chance of relapses after remission. Antioxidants help prevent nerve damage and, at the same time, boost the immune system. In order to get the optimum benefits of these nutrients, it is best to eat the raw, natural source rather than taking supplements.

Taking precautions while eating, especially those with serious medical conditions, is a must. While certain foods pose no harm during MS, some food groups should be avoided altogether in order to prevent symptoms from worsening. Eating anything in excess is detrimental to your overall health. Like everything in life, the key is moderation - with balanced food groups and portion sizes in mind. Aerated drinks, caffeinated beverages, and high-calorie foods should be avoided.

Though there is no clear evidence on gluten aggravating MS symptoms, people who are gluten-intolerant should avoid gluten completely. Excess traces of fat in the diet are believed to aggravate the symptoms of MS. Thus, fat intake, as well as saturated fats, should be cut down considerably. Fatty goods include almost all processed foods, bakery products, fried foods, snacks, and fast food. Most of these food items also contain high levels of sugar. Refined sugar only does harm to the body. Natural fructose from fruits is a better alternative than the sugar from sweet products.

Multiple sclerosis is not a short-time disease. It’s a long-term disease, and its symptoms will recur all throughout the patient’s lifetime. MS symptoms only get worse with passing time, sometimes leading to heart issues and cancers. If care is not taken, other secondary infections develop.

In order to extend the patient’s life span and be able to manage MS well, a healthy diet must be strictly implemented. Diet is as important as MS medication, along with good healthy habits, all these factors go a long way in managing MS.

Make it a habit to eat small, frequent meals rather than one big, heavy meal. A healthy proportion of fruits and vegetables must be incorporated in the diet. Finally, all processed foods, red meat, preservatives, and high-fat foods must be avoided. While there may not be a strictly recommended diet, the patient can experiment and see what works best for him/her. 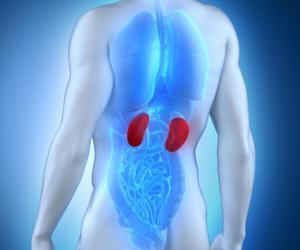 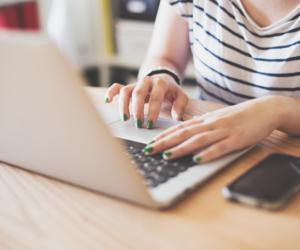