Croup, a viral infection in children, is a condition that causes swelling of the vocal cords. The cause of croup is also the same virus that causes a normal cold. Croup can happen any time, but is very common during the winter. 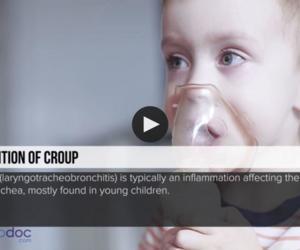 Croup is generally mild and only lasts for a couple of days. However, no matter how mild the condition is, it is still possible for the symptoms to get worse and become life-threatening.

The two main symptoms of croup are hoarseness and a barking cough. The symptoms of croup usually start slowly and are worse at night. More often than not, the symptoms begin with a runny nose and nasal stuffiness. Difficulty breathing then develops afterwards and could become severe during the first 12 to 48 hours after obstruction. A barking cough starts to manifest afterwards. The severe cases of croup are due to breathing difficulties caused by the swelling of the upper portion of the windpipe.

Most children with croup experience fever, which can range from mild to very high. However, fever does not cause any harm. Other symptoms such as eye redness, swollen lymph nodes, and rashes may also develop depending on what type of virus caused the condition. If the child is unable to drink fluids, it may lead to dehydration.

As the upper portion of the airway narrows, stridor (high-pitched, noisy breathing) develops, causing the child to breathe faster than normal. The child could become anxious or restless as breathing becomes even more difficult. If a child is agitated, the airway will be more narrowed. As a result, breathing is much more difficult and further agitation will be experienced.

How long does it last?

Normally, children affected by croup look totally well when they are put to bed at night. However, they will be awake in the middle of the night due to stridor and a barking cough. The symptoms are usually resolved when they become calm. They will again appear until the symptoms recur the following night. This pattern could last for three to four consecutive nights and may be followed by symptoms that are similar to the common cold.

In some cases, hypoxia (decreased level of oxygen) and cyanosis (blue-tinged skin) can develop because there is a restriction of airflow to the lungs. You may first notice cyanosis in the fingernails, toes, tip of the tongue, lips, and nose.

The severity of croup depends on how difficult it is for a child or baby to pull air into the lungs. The important determinants of its severity are the size of the windpipe and the degree of narrowing brought about by swelling. Croup can become much severe if a child is upset or agitated. Children with moderate to severe croup will be exerting great effort to breathe in – this could be terrifying for the child and parents.

Children are more prone to having croup with more marked symptoms because of their small airways. This is particularly true in children below three years old. Although most cases are mild, there is still an area of concern, especially when the symptoms get worse. It is important to monitor the child for breathing difficulties during the early stage of croup. The following are the symptoms of serious breathing problems:

When these happens, immediate medical attention is needed. 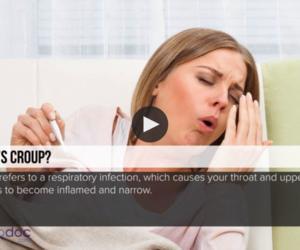 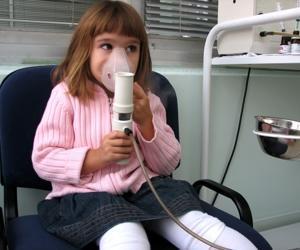 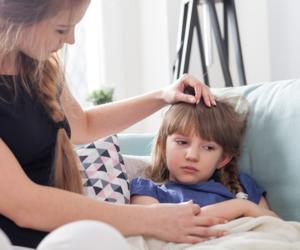