When a substance affects the effectiveness of another drug due to their combined use, it is known as a drug interaction. The interaction can be either an increase or decrease in the effect of the drug, or it may cause an entirely new effect. Generally, interaction takes place between two drugs, but interaction may also take place between a certain kind of food and a drug, or between an herb and a drug.

If the effect of a drug is increased, it may lead to overdose. Also, the risk of side effects associated with that drug may increase. If the effect of a drug is decreased, it becomes less effective in the body and will not have any therapeutic use. The interactions may affect the absorption, metabolism, excretion, and distribution of the drug. The pharmacokinetics of the drug is altered. Due to the pharmacodynamic properties of the drug, interactions may occur.

Have a question aboutDepakote?Ask a doctor now

The brand name for sodium divalproex, which is an anticonvulsant, is Depakote. It consist of sodium valproate and valproic acid. It is used to treat several conditions such as epilepsy, migraines, mania, bipolar disorder and behavioral problems. It is a mood stabilizer. The voltage-sensitive sodium channels are blocked by this drug, and the neurotransmitter GABA is increased in the brain. The spread of abnormal electrical discharge is suppressed. Thus, the symptoms of migraines, bipolar disorder, and epilepsy are reduced.

Depakote: Drug interactions and how to avoid them

When Depakote is taken along with the following drugs, it may cause interactions within the body.

Generally, Lamictal is used to treat bipolar disorder and seizures. It is an anticonvulsant. However, if it is used along with Depakote, it can cause very serious concentrations in the plasma. Sometimes, it may also cause skin rashes that may be life threatening. There have also been reports of severe tremors due to the combination of Depakote with Lamictal. Talk to your doctor about the medication that you are taking and monitor your skin.

To fight deep infections, Merrem Novaplus, an antibiotic, is often used. If it is used in combination with Depakote, it can be dangerous. There have been reports of deep vein thrombosis, convulsions, and respiratory failure. These problems remain lifelong and are very serious. Another antibiotic, Invanz, can also interact with Depakote. Contact your doctor immediately if you experience any pain or convulsion.

Carbapenems, a class of antibiotics, tends to decrease the level of Depakote in the blood. Thus, Depakote's effect is reduced. The health care provider will first monitor the condition of the patient and adjust the dose of Depakote as needed.

Aspirin taken along with Depakote can cause negative interactions. It can cause toxic and harmful effects within the body. Large dose or long term use of aspirin causes severe problem. Generally, a single dose is not a problem. Depakote is also known to interact with muscle relaxants and sedatives. The interaction may be so severe that the body may not be able to absorb oxygen, and may result in death due to lack of oxygen. There is a need to monitor how the drug affects the patient and adjust the dosage of Depakote accordingly.

It is used to treat seizures. It is a medication also used to relieve pain attacks. However, it can interact with Depakote when a combination of Depakote with Klonopin is used. It can cause loss of seizure control. It can also cause severe drowsiness. Also, there have been reports of decreased effectiveness of both the medications when taken together. Hence, in those who take these medications, the doctor should frequently monitor the reactions to these medications and also monitor its effectiveness. If there is significant drowsiness or decreased or loss of seizure control, the doctor should be contacted immediately.

Lexapro, a prescribed antidepressant, is known to interact with Depakote. The combination of Lexapro and Depakote can result in an interaction causing respiratory depression. In this condition, the body is able to breathe in air, but the lungs are not able to absorb the oxygen required. Hence, the brain is not able to function properly. People should be careful when taking this medication especially before driving or operating heavy machinery. Other antidepressants known to interact with Depakote are Zoloft, Abilify, and Cymbalta. Interactions of Depakote with these are similar to that with Lexapro.

This group of drugs includes Epitol, Tegretol XR, Tegretol, and Equetro. These medications tend to decrease Depakote levels in the bloodand may cause seizures. Also, the way the body handles these medications is affected. It increases the side effects associated with carbamazepine, including toxic ones. The healthcare provider will adjust the dosage accordingly after monitoring the condition of the patient.

Depakote used in combination with diazepam tends to elevate the level of diazepam in the blood. This increases the risk of side effects associated with it. The healthcare provider will monitor the condition and reduce the dosage of diazepam accordingly.

This drug also decreases the effectiveness of Depakote by decreasing its level in the blood. The doctor will accordingly adjust the dosage of Depakote as needed.

Depakote taken along with topiramate causes hyperammonemia by increasing the level of ammonia in the blood. In mild cases of hyperammonemia, symptoms may be absent, but in severe cases, it may cause lethargy, mental changes, and vomiting. The doctor may monitor your condition and adjust the dosage as needed. The doctor should monitor the condition in order to avoid this interaction.

Warfarin taken along with Depakote may increase the risk of bleeding. The doctor will increase the dosage of warfarin as needed.

Combining Depakote with tolbutamide may increase the tobutamide level in the blood. Hence the doctor will have to adjust the dosage of tolbutamide.

Combining Depakote with zidovudine (ZDV), also known as azidothymidine (AZT), tends to increase the ZDV level in the blood and also increases the risk of side effects associated with it. The doctor may increase the dosage of zidovudine as per required.

It tends to elevate the level of Depakote and also raise the risk of side effects associated with it. The doctor will adjust the Depakote dosage accordingly.

It reduces the effectiveness of Depakote. Also, combined use may increase the phenobarbital level in the blood. The doctor will monitor the condition and adjust the dosage accordingly.

The level of ethosuximide is elevated in the blood due to the combined use of Depakote and ethosuximide. Also, the likelihood of side effects associated with it increases. The doctor may lower the dosage of ethosuximide.

Combined use of Depakote with Abilify may increase side effects such as confusion, dizziness, drowsiness. Some elder patients may experience problems in motor coordination, judgment, and thinking. Avoid driving or operating heavy machinery, and talk to you doctor about how the medication affects your body.

Women of childbearing age should talk to the doctor before using Depakote with this medication. Combined use may increase harmful effects on the fetus.

If this medication is stopped abruptly, it may cause physical and psychological withdrawal symptoms. The risk of seizures may increase. It may cause drowsiness, blurred vision, or dizziness.

You should perform any activity requiring mental alertness and focus such as driving before the effects of this medication on your body and mind are known. Children of more than 2 years of age who are taking more than one medication to control seizures are at an increased risk of developing side effects.

Symptoms such as nausea, vomiting, stomach cramps, weakness, yellow skin or eyes, and tiredness are more common in children than in adults. The rate of healing from sickness may be slower due to Depakote. It may also increase the risk of infection. Depakote is known to cause birth defects; hence, pregnant women should not take this medication.

Also, this medication has been detected in breast milk, but the effect of this medication on the baby who drink the milk is not yet known. Depakote should be avoided by people who have brain disease or damage, kidney disease, liver disease, any unusual allergy to Depakote ingredients, low blood protein, low blood pressure, and blood disease. Depakote is very effective in controlling seizures, but its interactions with some medications can be severe and life threatening. Hence, before you start this or any new medication, consult your doctor.

It has been proved that Depakote interacts with other medications. It can reduce platelet level, and the ability of platelets to stick together and form blood clots is inhibited. Thus, the effects of other medications are inhibited. The inability of blood to clot may cause abnormal bleeding. Medications such as heparin, warfarin, ticlopidine, and clopidogrel, and anti-inflammatory drugs such as indomethacin, ibuprofen, naproxen, diclofenac, nabumetone, aspirin, and ketorolac may interact with Depakote.

How do you heal shin splints?

Is there an alternative to a CT scan?

Is PPE limited in nuclear medicine?

More from FindATopDoc on Depakote

Why do chiropractors use activators? 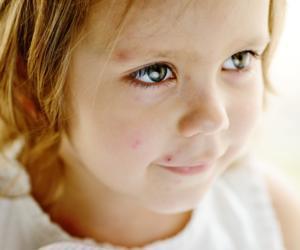 What homeopathic medication would you recommend for...