Inguinal Hernias: Get The Facts

Inguinal hernias are caused in the groin when intestinal tissues squeeze through the inguinal canal that is located at the base of the abdomen. The condition causes a protruding lump that causes pain during movement or when you lift heavy objects. Inguinal hernias are generally asymptotic, and, therefore, people don’t bother to seek treatment, even though immediate medical attention can prevent further protrusion and discomfort.

A common abdominal hernia, inguinal hernias can occur anytime soon after birth or much later in life.

What are the treatment options for inguinal hernias?

Who gets Inguinal Hernias?

It is important to note that an inguinal hernia does not heal by itself. It is likely to grow in size and cause further complications if not caught and treated in time. Also, getting it once does not ensure you won’t get it again. You are still at risk of developing another inguinal hernia.

There is no single reason that causes inguinal hernias. However, the weak areas in the groin and abdominal muscles are known to be the major contributor of this condition. When extra strain is applied to those weak spots, hernias are formed. Some other factors that can increase your risk of inguinal hernias are:

The major symptom of inguinal hernias is that they are visibly noticeable. A bulge is formed at the groin or pubic area that is more apparent when the person is standing upright or while coughing. Moreover, the lump is painful and sensitive to touch. Some other symptoms of this condition are:

The first sign of inguinal hernias is a small bulge on one or, in rare instances, both sides of the groin. In most cases, it is possible to push the hernia back in to the abdomen in a lying down position. Some people have recommended applying an ice pack to reduce the swelling and allow the hernia to slide back easily. Lying with your pelvis higher than your head has been known to help as well.

Most often, inguinal hernias don't start with pain and the bulge usually disappears when you lie down.  However, in case the bulge persists and new symptoms such as nausea, vomiting and abdominal pain appear, it could be a sign that the hernia is obstructed or strangulated. Other symptoms associated with a strangulated or incarcerated hernia are -

In such a situation it is imperative that you consult a doctor immediately. It can be often be a life threatening condition.

It can be difficult to determine whether an inguinal hernia is direct or indirect until surgery, as they look and feel about the same. In few cases, indirect or direct inguinal hernias may slide out of the abdomen into the inguinal canal. However, it can be easily pushed back in to the abdominal cavity by the doctor.

Diagnosis and Treatment of Inguinal Hernias

Your doctor may perform a physical examination to diagnose your hernia. In normal cases, the hernias can pushed back into abdomen while you lie down. However, when it’s not possible to do so, your hernia may be strangulated. In such cases, surgery needs to be performed. Hernias can be repaired by either open surgery also called a herniorrhaphy or laparoscopic surgery. In case of a herniorrhaphy, a single large cut is made into the groin to repair the abdominal wall and put back the protruding abdominal tissues. In case of laparoscopic surgery, several small cuts are made instead of a single large cut. It has a shorter recovery period than the open one.

In most cases, inguinal hernias lie hidden and aren’t symptomatic until your abdominal wall is heavily weakened by exertion due to bowel movement, excess weight, coughing, or lifting heavy objects.  Timely diagnosis and treatment can prevent complications like blockage or hindered functioning of other surrounding organs like the testicles.

How to Prevent Inguinal Hernias

Although a hernia caused by to genetic effects can’t be prevented, the severity can be reduced by taking certain precautionary measures. For example, you must eat a healthy, high-fiber diet. Smoking must be avoided and you must avoid lifting heavy things.

Suggested measures to reduce the risk of inguinal hernia include:

Are you awake for hernia surgery?

Types of Hernias and Does a Hernia Always Require Surgery?

Is it normal to have pain after inguinal hernia surgery?

More from FindATopDoc on Inguinal Hernia

Can a chiropractor help me manage my hernia pain?

My hernia has developed again. Should I get it operated... 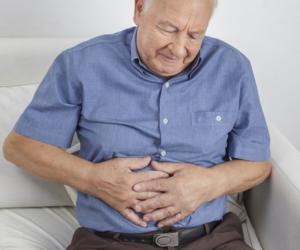 Can I live a normal life with an inguinal hernia?

When can I exercise after inguinal hernia surgery?