Many patients experience issues in speech when diagnosed with sleep apnea. The altered speech function in OSA has led researchers to believe that there is an underlying link between obstructive sleep apnea and a speech disorder. It has been seen in both children and adults, especially if they have had issues with learning, memory, and attention span.

There have been a few studies conducted to confirm the connection between speech and obstructive sleep apnea. In 2002, researchers at the University of California Los Angeles discovered that 40% of sleep apnea patients were stuttered in their childhood. They also found out that these patients have disordered wiring in their brain, which is responsible for controlling the muscles used for breathing. As a result, the researchers came to a conclusion that speech disorders could be an important factor for diagnosing and treating sleep apnea.

A case report in 2007 by researchers in International Archives of Otorhinolaryngology stated that speech therapy treatment could be an effective treatment for obstructive sleep apnea patients [2]. The report mentioned that myofunctional therapy can treat sleep apnea by performing functional and muscular exercises to oral and cervical structures, which might be damaged in patients with sleep apnea. Using this therapy, they hope to treat apneic patients by diminishing their symptoms.

In 2009, another study was conducted regarding the effects of oral exercises on sleep apneic patients [3]. These exercises involve breathing, chewing, speech, and swallowing with various parts of the mouth, particularly the lateral pharyngeal wall, soft palate, and the tongue. According to the study, patients who were treated using the said exercises were able to experience a significant decrease in their OSA symptoms. Overall, there was a significant drop in the intensity and frequency of their snoring, and their sleep quality score improved greatly.

Lastly in 2015, a study conducted by Sleep Medicine concluded that speech therapy along with continuous positive airway pressure might help treat sleep apnea patients and improve their overall quality of life [4].

How Sleep Apnea is Connected to Speech

The position of the tongue is crucial since a properly positioned tongue indicates strong muscles and a healthy airway. Basically, it should rest on the roof of the mouth and provide support for the upper jaw.

However, if the tongue is positioned low in the mouth, it means the muscles are not working properly. A low positioned tongue obstructs the airway, which is a leading factor when it comes to issues regarding proper breathing like sleep apnea. If an individual breathes through his mouth while sleeping, it simply means that he has breathing issues.

Fortunately, a low positioned tongue might be due to habit or weak muscles. This can actually be corrected by strengthening the muscles through oral exercises. These exercises are expected to have significant effects to those who suffer from sleep apnea. However, the case is different if a person is suffering from tongue-tie.

A tongue-tie is a condition in which an individual’s lingual frenum, a tissue connecting the tongue to the floor of the mouth, is shorter than normal. This condition is referred to as a tongue-tie, likewise known as tethered oral tissue or restricted lingual frenum. Since this is a physical condition, it’s not something that can be corrected by simply performing oral exercises.

It is a medical condition which could induce serious effects on speech and oral health. While it’s a major contributor to speech obstruction, it could also be a contributor to sleep apnea symptoms.

A study conducted by researchers and published in the International Journal of Pediatric Research has confirmed the connection between tongue-tie and the development of sleep apnea. The study advised parents and healthcare providers to monitor tongue-tied patients, particularly children, during their sleep periods to ensure they breathe properly.

One of the most well-known methods for treating sleep apnea comes in the form of specialized breathing machines. They use a method called continuous positive airway pressure (CPAP) which opens the airway during the night. However, since they are expensive and there are some complaints regarding unwanted side effects, a lot of people are hesitant to opt for this kind of treatment.

A free and simple alternative might be in the form of throat exercises. Although they aren’t thoroughly researched compared to breathing machines, there are some studies showing the effects of such exercises for reducing sleep apnea symptoms by building up the muscles around the airway.

A study conducted and published in The American Journal of Respiratory and Critical Care Medicine involved two groups of patients with obstructive sleep apnea. One group was instructed to perform breathing exercises on a daily basis. Meanwhile, the other group was instructed to perform 30 minutes of throat exercises such as chewing and swallowing.

After three months, the group of patients who performed throat exercises experienced improved sleep quality, lesser intensity and frequency of snoring, and lesser sleep apnea symptoms. Moreover, they were also found to have a reduced neck circumference, which is one of the major risk factors for sleep apnea. Meanwhile, the other group has shown little to no improvement at all. Other studies were also conducted and achieved similar effects. One particular study even confirmed that playing instruments can actually help in reducing sleep apnea symptoms.

Another method which is starting to get attention is myofascial therapy. Speech therapists who have undergone myofascial training treat issues which cause sleep apnea, not the condition directly. However, their patients should first consult with medical professionals before a treatment begins.

One thing which most people agree is that breathing through the mouth instead of the nose must be examined by an expert, particularly an ear, nose, or throat doctor, to make sure that there’s no issue with the airway. If there is no issue with the airway, it could likely be the tongue getting in the way. If that’s the case, a myofascial therapy will provide the patient with oral exercises that will help him alter the tongue’s routine so that it won’t obstruct breathing.

In some cases, the problem lies in the lingual frenum tissue being too short, as mentioned earlier. A surgical operation is often performed to treat such condition. However, some experts said that myofunctional therapy is important to teach the tongue proper movement. A myofunctional therapy is a specialty, which is often conducted by a dentist or speech-language pathologist. It is all about learning the muscles and functions found in the face and mouth and trying to correct the way they move.

Sleep apnea has been an ongoing problem that’s experienced by millions of Americans and other people around the world. Fortunately, with several studies conducted and a few underway, treating sleep apnea or simply reducing its symptoms using oral and speech therapy could pave the way for a better, less expensive treatment alternative. 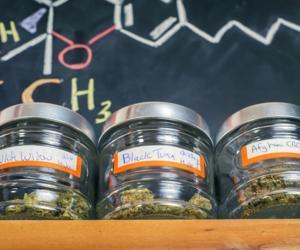 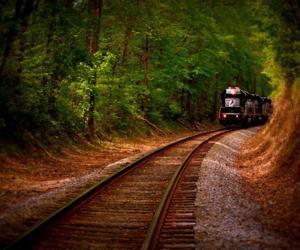 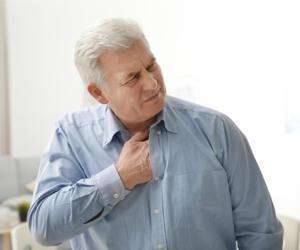 Sleep Apnea Is a Heartbreaker

What to Know About Sleep Apnea