Who is Josh Duggar?

Josh Duggar is best known for the reality show “19 Kids and Counting”, which is a show that follows the everyday life of the Duggar family. Aside from being a television personality, he is also a political activist. He used to be a used car salesman and later became an executive director of the FRC Action.

Even those who haven’t heard of him before got to hear of him when he was at the center of a scandal where he was accused of molesting girls. The scandal led to canceling the reality show called, “19 Kids and Counting” in 2015. TLC also removed all reruns of the show. The family started filming the spin-off series, "Jill & Jessa: Counting On". 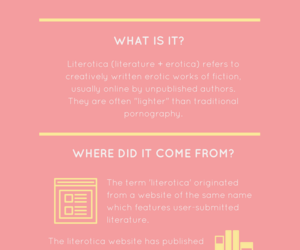 Josh is married to his wife Anna. They have four kids and one on the way. He comes from Arkansas and his parents, James Robert and Michelle Annette have 19 kids (9 girls and 10 boys). Josh is their eldest. He joined the Republican Party and worked on the campaign of Mike Huckabee and Rick Santorum.

Aside from the molestation scandal, he was accused of assaulting a porn star, who sued him but later on dismissed the lawsuit. After he got married and became a father, it was revealed that he had a secret Ashley Madison account, which is a website for people in a monogamous relationship but looking for affairs. In his apology, he stated that he was addicted to pornography and that led him to become unfaithful to his wife. Because of the scandals, rumors have circulated that Josh was having money problems and that his parents were helping him. However, feeding a family with four children is not easy, so his parents tried everything to put him back on TV to regain his reputation and popularity.

The reality show “19 Kids and Counting” that was broadcasted on TLC was a popular reality TV show that was filmed for years. The show followed the Duggar family as they were expanding their family, popping children every once in a while.

In 2015, a police report was leaked to the public and revealed that Josh Duggar, the oldest of the Duggar kids, was accused of molesting five girls from 2002 until 2003 when he was 14-15 years old. He molested four of his sisters and a babysitter. He was accused of touching the girls at their breasts and genitals while they were sleeping. Sometimes, he did it when the girls were awake, and even once when they were reading a book.

The most shocking thing about the whole scandal is that 4 out of the 5 girls he molested were his sisters. Because of the involvement in the sex scandal including molesting his sisters, he faced strong public criticism alongside his parents, who waited for over a year to talk to the authorities. They talked to the church and put him on a Christian treatment program, before taking him to the authorities. They sent Josh to a state trooper named Joseph Hutchens, who was at that time, was a secret sex offender. Joseph Hutchens later went to prison for child pornography charges.

The police never fully investigated the case, but the reality show “19 Kids and Counting” was canceled in 2015. Understandably, big advertisers like Pizza Hut, Crayola, General Mills, and other big companies pulled their ads from the show.

Josh Duggar made a public apology and said that what he had done was inexcusable. He then resigned from his position in the Family Research Council. He also said that if he continued to sexually molest children, he would end up ruining his life without mentioning the lives of his victims. His wife and parents supported him, even though his father once advocated that incest should be punished with a death sentence. His wife said that she found out what he did two years before she married him and believes he changed and recuperated. Josh blamed his youth for sexual molestation because everybody makes mistakes when they are young. His father said that he spoke to the elders of their church and church leadership who suggested that he joins the program that combines physical labor and counseling, which lasted for three months.

When the reality show started, the family was supposed to appear on The Oprah Winfrey Show. However, an anonymous person contacted the show and told them about Josh's incestuous molestation. The producers of the show informed the Arkansas authorities, and that is how the investigation started. But even though he did not deny that he did molest the girls, he didn’t lose all of his fans because the hardcore ones stood by him and supported him all the way. Ever since the cancellation of the show, they are trying to put him back on TV. The opposite side is furious saying that those fans obviously think that the punishment of not being on TV is too harsh for child molestation. Since the rating of the spin-off series "Jill & Jessa: Counting On", their father started working on reuniting the family on television and including his oldest son Josh. Josh's father and hardcore fans, as it seemed, managed to convince TLC to bring back the whole family together including Josh. TLC agreed and let him film a webisode where he will talk about becoming a father for the fifth time. It is just a matter of time when he will be back on TV. The Duggar family also announced that Josh will appear in the next season of the show.

Josh is married to Anna Keller since 2008. They have four kids and one on the way. When Josh made a public apology for child molestation, Anna stated that she knew what he did two years before they got married. It seems that she had no problem with it. She also stood by his side because she believed he has gone through counseling and that he has changed. However, Anna was publicly criticized for standing up for him and for staying with him when the sex scandals occurred.

When he admitted that he was hooked on pornography and that he cheated on his wife, he went to rehab. During that period and a year after that, Anna claimed that they haven’t been intimate with each other and that she couldn’t touch him. But today, she is pregnant with their fifth child, so it seems that things have changed. She stood by his side through everything that happened. We’ll see how they will manage to stay together in the future.

Josh as a sex offender

The story of this lawsuit was that Josh Duggar paid Danica thousands of dollars to have rough sex with him more than once. She then later filed a lawsuit for sexual assault saying that the sex was so rough, she felt she was raped.

Before the reality show, Josh worked as a salesman of used cars. After that, he was involved in politics, as he participated in the Republican presidential campaign of Mike Huckabee and later in the campaign of Republican candidate Rick Santorum.

Josh Duggar also worked in the Family Research Council, which is a conservative Christian group that has openly lobbied against the LGBTQ community, sodomy, divorce, and abortion because they are ruining family values. After being accused of child molestation, Josh stepped down from his function. After that, he got back to selling used cars.

Josh's parents are James Robert “Jim Bob” Duggar and Michelle Annette Duggar who got married in 1984. They have 19 children:

Josh Duggar and his wife Anna have four children:

The married couple have announced that they are expecting their fifth child.

My husband needs to have sex everyday. Is it a normal...

Is it safe to have sex after open heart surgery?

Are there any sexual positions which can ensure that...

My husband needs to have sex everyday. Is it a normal thing for men?