Can vertigo lead to other problems?

The inner ear is made up of sacs and tubes that are filled with endolymph, a fluid produced by the ear. The vestibular nerve and semi-circular canals are some of the major organs found in the middle ear, and they are responsible for hearing and balance respectively. When an infection occurs, one of two complications may arise:

Infections rarely affect both ears, and when one side is infected, the brain receives faulty signals. It is these mismatched signals that confuse the brain and lead to vertigo.

Labyrinthitis does not only arise due to a direct infection of the ear, but can also arise from infections in other areas of the body such as:

Who is at risk of Labyrinthitis?

The following habits can place an individual at a higher risk of contracting Labyrinthitis:

Signs and symptoms of Labyrinthitis

Symptoms of this condition arise soon after the infection sets in, and the severity varies depending on the extent of infection. Some of the symptoms likely to be experienced include:

These symptoms will usually dissipate as the infection subsides, but even then, you may still experience symptoms of vertigo when you make sudden head movements. If the symptoms do not go away, it may indicate a chronic phase of the infection, which means the vestibular nerve may be damaged.

Although infection can subside with time, it may be important to see a doctor immediately you experience any of the symptoms before the infection gets too serious. The doctor will be able to diagnose Labyrinthitis through a physical exam and perhaps a neurological evaluation to back the results.

Because symptoms of Labyrinthitis may be similar to other medical conditions, the doctor should rule out other conditions such as Meniere’s disease, brain tumors, migraine, stroke, etc.

Once diagnosed, there are various medications that are available for alleviating the symptoms. Some of these include antihistamines, sedatives, and antibiotics. Other medications that reduce vertigo symptoms may be prescribed to help the sufferer cope with the disease.

What could be the reason behind my equilibrium problem?

What to Avoid If You Have Vertigo

Can vertigo be treated with acupuncture? 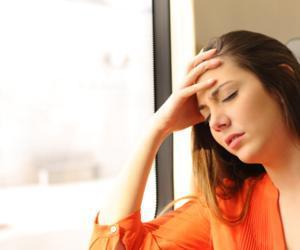 Is Vertigo a Temporary Condition?

Can kids suffer from vertigo?