The Center Without Walls program is there to support the medical community in working together to further the information and research available in the fight against multiple sclerosis, and Nancy Davis has been a crucial element.

Nancy Davis has always lived a very full life. In Denver, Colorado, she spent time with her four siblings skiing, playing tennis, and more. In 1987, she moved to California, and married her husband and raised five wonderful children. She always made time to exercise and travel, as well as act as a philanthropist. Just one passion was never enough for her, and she went on to become a jewelry designer, clothing designer, and author (as well as a full time mom)! 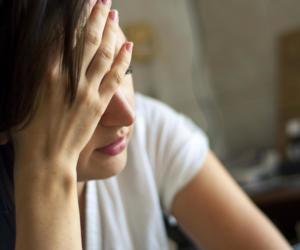 When she was 33 years old, Nancy was diagnosed with multiple sclerosis. This was a shocking blow to her, and her doctors informed her that she would probably not even be able to operate a remote control in the near future. As such an active and driven woman, she knew she had to make a change and fight the disease. She herself, of course, was not a scientist or researcher - but she figured that she could focus all her efforts in assisting those who are.

Therefore, she founded Race to Erase MS. The organization is dedicated to raising funds for research that moves beyond what is already available. It is constantly at the forefront of the efforts to finding a cure for MS.

In the same year, she also made an actual event for Race to Erase MS, a ski getaway weekend in Aspen, Colorado. Unlike many fundraisers, the goal of this was not to have thousands of people come, but instead to create an intimate and informative environment where people could donate if they so choose - and it was certainly successful. During the first event, she raised over $1.3 million dollars for the cause.

Race to Erase MS has taken place many times since, and now it is well known among some of the top celebrities. It has evolved into a gala benefit that is held every year, and has the support of some of the biggest players in the world of entertainment and fashion, including Tommy Hilfiger, who has a sister with the disease. Since its inception, the event has raised over $35 million for research, and shows no signs of slowing down.

So, where do these funds go specifically? That would be the Center Without Walls program. Davis said that she wanted to be able to build the best team possible when it came to fighting for the cure of multiple sclerosis, so the Race to Erase MS Foundation recruited some of the leading scientists and researchers internationally. Despite their different backgrounds and fields, they all operate as one unit referred to as the Center Without Walls.

Some of the top institutions work with the Center, and cooperate on forwarding research and innovation, constantly working as a team to progress. This form of collaboration is what many believe will lead to a more significant discovery, as instead of having physicians, clinicians, and scientists work separately and later offer their insights, they are all working together as a team, eliminating any wasted time, and feeding off of each other's insights and advice. Nancy Davis herself commented, "the Race to Erase MS wanted to build a winning team so we sought the best and the brightest throughout the world to create the Center Without Walls program."

Not only does the Center Without Walls aim to find a treatment that can end the harm does to multiple sclerosis to millions across the world, but they want to raise awareness in regard to what people endure due to the disease.

The Center Without Walls works to bring the medical and scientific community together in an effort to act as a catalyst to the development of new treatments. The Center offers a vision, insight, and flexibility that is not often seen in the field, largely due to the mission that Nancy Davis put forth. They say that their mission is simple, "communication - doctors working together toward a mutual goal. When this goal is reached, all will share in the victory." They are certainly succeeding in sticking to their mission, and have built quite the network of MS institutions, including Cedars-Sinai, UC San Francisco, Yale, Harvard, USC, Oregon Health Sciences University, Johns Hopkins, and more.

These institutions are extremely grateful for the progress that Race to Erase MS has made possible, and Peter Calabresi, M.D. explains the impact it has, "the Race to Erase MS has been instrumental in supporting the Johns Hopkins MS Center's effort to both understand the basic mechanisms underlying progressive MS and to develop new and better therapies for the disease."

Dr. Emmanuelle Waubant is the Director of Center Without Walls at the University of California at San Francisco, and he explains the importance of having such an organization, "the Center Without Walls program Nancy Davis created is completely unique as it allows us to share our understanding of environmental and genetic risks for MS, in the context of pathophysiology, immunology, imaging and therapeutics. She has assembled several teams of experts to work together "without walls" and foster training of promising young scientists. This will bring us closer to a cure."

The Center Without Walls supports grants in two different capacities. Young Investigator Grants are offered for $75,000 per year for two years, and must be based on annual reviews. There are also Pilot Grants, at $75,000 for just one year.

Interested in Center Without Walls grants? If so, proposals are required to be submitted to the Race to Erase MS Scientific Advisory Board. From there, they will be analyzed based on their scientific content and level of innovation. If the project is deemed to be unique and novel enough, they will be funded.

The foundation also supports "a pioneering network of centers doing state-of-the-art MRI in MS" by the name of the North American Imaging in MS (NAIMS).

The Center Without Walls' sponsorship of the Race to Erase MS event shows to be very successful every year, and has even sparked new endeavors that aid in the cause.

Each year the event offers a different theme, and in the year of September 11th, the "Peace and Love to Erase MS" theme sparked Nancy Davis to create a jewelry line of the same name, with proceeds going toward the cause.

This outlook underlines the fact that Nancy Davis has begun more than just a center, but a new way of thinking about how to approach complex medical topics. Of course, finding a cure for MS is of interest to many, in numerous different fields; however, there is significant importance to be found in breaking down the walls between these people and fields. It is likely that her initiatives will bring us closer to finding a cure for MS, and when that goal is achieved, hopefully others will emulate her approach for other diseases and problems, breaking down walls between people and institutions to move forward in one goal. 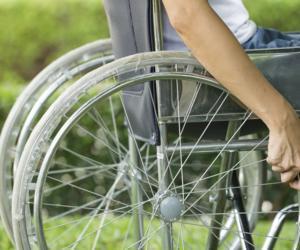 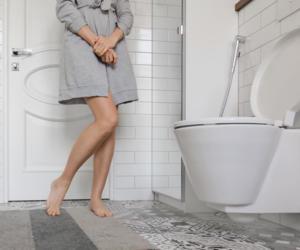 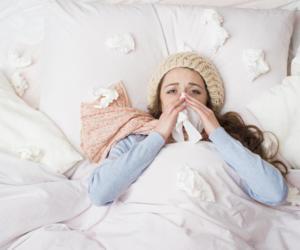 Is the Flu Connected to Multiple Sclerosis Relapses?

How Babinski Reflex Is Used to Diagnose MS

The Connection Between the Epstein-Barr Virus and Multiple Sclerosis