What is red light therapy?

Red light therapy is the non-technical term for photobiomodulation, which includes several techniques that use low-level laser light for pain relief or wound healing.

Red light therapy begins with the tissue recovery process and other forms of rejuvenation, which can happen with increased blood flow, stimulation of collagen, and much more. Red light therapy emits low-power red light wavelengths through the skin. Other terms used when referring to red light therapy include:

Red light is usually considered low level since it normally works at an energy density, which is lower than other forms of laser therapies. Since its introduction in 2010, red light therapy has come a long way, but does it really work? Yes. Studies show that red light therapies work by positively affecting both the endocrine and the immune systems of the body.

Red light therapy is something that cannot be felt. It does not also involve pain since there is no production of heat during therapy. The red light that gets emitted is absorbed in the skin up to a depth of about 8-10 millimeters, which can have a positive impact on cellular energy, metabolic processes, and multiple brain processes.

The use of this treatment has shown promise when it comes to treating the symptoms associated with the following conditions:

Instead of using incandescent, laser, or fluorescent light, red light therapy uses a LED light source. There are various unique benefits associated with red light therapy. NASA had suggested the use of LED in red light therapy. This form of technology was used because of its low-energy, lightweight, and low heat emission requirements.  During a red light therapy, the generation of heat is very low, which makes the technique very safe for use.

Today, there are available LED devices that are quite sturdy since they are made of solid-state electronics as well as plastic or metal housing. They are durable and tend to last longer than fluorescent bulbs, which are made from glass. The machine used in this therapy is quite compact and portable since LEDs are not something big and huge. They are little things that can be easily packed into small cases or portable device. The red LED light is known to have a tighter wavelength span when compared with other types of bulbs, which is one of the important reasons why LED lights are considered superior to other lights.

They are also more eco-friendly than other types of bulbs since they are said to produce the same amount of light but by using a smaller fraction of energy.

Apart from Western traditional medicine, red light therapy has also been used in Eastern medicine wherein it mainly focuses on the energy systems of the body, the various chakra zones, and meridian points. Red light therapy is also known as red color therapy and is mostly used to pump up the overall vitality of the individual.

In both Western and Eastern science it is a fact that light is energy and our body comprises energy. When red light penetrates deep into the skin, it tends to provide a profound effect on healing, rejuvenation, and balance.

Once red light gets absorbed in the skin, light energy is converted into cellular energy, thereby stimulating the natural processes of the body on a cellular level and leads to a complete series of metabolic events, which would include:

Lights that are in the spectral range of 600-1,300 nanometers are considered to be very useful when it comes to repairing damaged tissues, wound healing, and rejuvenation of the skin. However, they are carried out with a different mechanism of action when compared with other laser treatments. Most laser therapies for dermatological use, utilize intense pulsed light to promote the rejuvenation of the skin by encouraging the repair of secondary tissues. These laser lights intentionally damage the dermis of the skin or the epidermis to trigger inflammation, which is then followed by a healing process.

In the case of red light therapy, the step of damaging the dermis of the skin is bypassed. Instead, it directly stimulates the regenerative processes in the skin. This is done through an increase in cellular proliferation, adhesion, and migration. This therapy has shown a positive impact on the skin cells.

One of the popular reasons for the growing demand of red light therapy is its capability of reversing the signs of aging such as fine lines and wrinkles on the skin. This therapy is proven as safe in promoting skin rejuvenation. Red light therapy is a nonthermal and non-ablative photobiomodulation treatment. It has produced high satisfaction rates among patients who have undergone the therapy. Those individuals who went through this therapy have provided positive reviews about significant improvements in their skin complexion, texture, and collagen density along with a reduction in skin roughness.

Individuals who suffer from skin redness or rosacea have also mentioned that they have found relief after the therapy. Hair loss and hair greying are also part of the aging problems faced by many people. Red light therapy has shown to reverse these problems by stimulating follicle growth. Therapy on the scalp works the same as red light therapy on the wounds of the individuals. There have been mixed results when it comes to the hair loss treatment, but certain portions of male and female patients have shown positive results after the therapy.

3. Boosts the Immune System and Reduces the Side Effects of Cancer Treatment

In one of the studies carried out by NASA, it was found that the use of red light therapy may reduce the side effects of cancer treatments such as radiation and chemotherapy. The red light emitted from diode devices would release long wavelength energy in the form of photons. These photons would stimulate the process of healing the cells.

Light has the power to stimulate certain meridian points or chakras in the body. When talking about red, it is said that it can stimulate the first chakra in the body since it strongly correlates with our survival instinct. It is the reason why we act so quickly that it motivates us to pursue various things such as food, power, sex, and money.

Red light therapy uses visible and focused red light wavelengths to stimulate certain body parts. Red light naturally energizes the body and is also associated with mood improvements such as the feeling of positivity, laughter, passion, feeling joyful, having social awareness, increased self-confidence, and the stimulation of sensory systems. Naturally the results would differ from person-to-person.

Research has also shown that individuals suffering from musculoskeletal disorders have significant functional improvements. The two important aspects of red light therapy are cell rejuvenation and increased flow of blood. These two key features help in the improvement of the health of tissues and joints. Red light therapy also reduces oxidative stress, which can lead to the degeneration and inflammation of the joints.

More from FindATopDoc on Light Therapy

What do you mean by aerospace medicine? 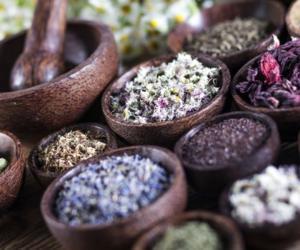 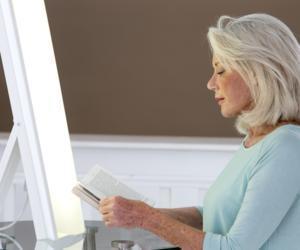 Bright-Light Treatment for Fibromyalgia: Is It Effective?