Sleep apnea has, for the longest time, been the bane of every good night’s sleep. The condition encompasses a series of signs and symptoms that surface during sleep and which can seriously affect the victim by interrupting his or her slumber. Sufferers of this condition usually have a hard time resting due to episodes of oxygen deprivation during sleep. Episodes can last anywhere from a few seconds, up to several minutes per episode and usually end with the victim waking up multiple times per night. Consequently, a typical victim usually shows signs of excessive fatigue during the day, morning headaches due to oxygen deprivation at night, and snoring during the rare times they are able to catch some sleep.

However, despite being a serious condition which can severely affect a person’s life, sleep apnea is often relegated to the sidelines as a transitory state that doesn’t deserve a second glance. Most people don’t even know sleep apnea is a condition at all since its signs can be, in most cases, attributed to other factors such as allergies for the snoring and bad position for the interruptions. Additionally, the lack of sleep that this condition entails can also be considered as “bad nights” instead of sleep apnea, further lowering the awareness of the disease. Just like that dull back pain that persists for several days or weeks and which most people refuse to get checked at the nearest physician, sleep apnea is also a condition which rarely gets prioritized. 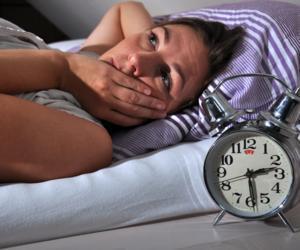 As it turns out, an Ohio doctor is working hard to raise awareness on this condition. Dr. Joseph Bedich, a physician that practices medicine in Cortland, Ohio, is now attending patients from this city — as well as the surrounding Warren and Youngstown areas — that suffer from sleep apnea. And the best part is, the good doctor doesn’t require a referral in order to treat his patients; the only thing he asks for is people with the signs and symptoms, and the will to get better. That being said, if someone from the area has been suffering from sleep deprivation, is experiencing excessive snoring, and is regularly plagued by fatigue and morning headaches, then it would be a good idea to get checked up by Dr. Bedich.

That being said, Dr. Joseph’s tasks not only ends with the treatment of his patients, as he is also educating and instructing his patients and the general populace on how to identify sleep apnea, as well as the symptoms that indicate when it is necessary to look for medical assistance. The thing with this condition is that the signs are usually experienced during sleep, which makes it extremely difficult for the sufferer to adequately identify it. This is the reasoning behind Dr. Bedich’s efforts, as it is imperative that even the people that don’t suffer from the condition to be able to identify it for those that do.

How can sleep apnea affect our daily lives?

Besides the nighttime symptoms, the fatigue caused by severe sleep apnea can cause a variety of long-term health conditions, such as increased blood pressure. Furthermore, the fact that the victim is not getting enough sleep will cause daytime drowsiness which, in turn, will increase the odds of suffering accidents; a fact which is compounded on those who regularly interact with heavy machinery or other dangerous equipment. Moreover, the sleep deprivation common in people with sleep apnea can also negatively affect his or her immune system, causing them to fall ill with increased frequency. As if that wasn’t enough, sleep apnea can also indirectly cause problems with couples that sleep together, as the snoring can be extremely loud and interrupt the sleep of not only the victim but his or her significant other as well.

For some years now, the effects of sleep apnea on our health and daily lives have been increasingly becoming more apparent. Research has been effective at pointing out the impact that the condition has on the average person. It is thanks to individuals like Dr. Bedich that sleep apnea can be successfully treated, and its victims have a chance to live a normal, fulfilling life.

When it comes to sleep apnea, Dr. Joseph is very experienced and has at his disposal a generous number of tools to effectively treat the condition and reduce the extent at which his patients’ lives are affected. One of the most common methods of treatment used by the doctor — as well as most clinicians specialized in treating sleep apnea — is the continuous airway pressure mask. This tool — which is a vital part of the continuous positive airway pressure therapy — consists of a mask that the sleep apnea sufferer uses during sleep and that helps to maintain clear his or her airway, reducing or outright preventing the symptoms entirely. In this manner, both the patient and the people around him may sleep better, significantly improving their quality of life, especially in those who suffer from the severe variant of the condition.

The simplicity and ease of use of the continuous airway pressure mask make it the very best non-invasive procedure to treat this condition, though it will take a bit of getting used to in order to comfortably don the mask during sleep. The fact that is has become so widespread has allowed several variants to surface which appeal to the widest possible crowd of users. For people with different need exist different types of mask, such as the standard mask which covers the mouth and nose, a mask which covers only the nose (called the nasal continuous positive airway pressure mask), and a two-pronged hose which fits directly into the nostrils. The most common mask, due to its reduced intrusiveness and less restrictive nature is the nasal variant, which is recommended for use in most, if not all sleep apnea patients.

What to expect from sleep apnea treatment

Besides the obvious reduction of the symptoms, sleep apnea comes with certain side effects, a common trait in most medical procedures. Most of them are quite noticeable, yet ultimately harmless in the long run.

For starters, as mentioned above, the very first issue stems from the mask itself. Namely, getting used to wearing it. However, just like with corrective eyeglasses, getting used to the mask is a matter of repetition and developing a habit. If growing accustomed to it is becoming excessively complicated, then the doctor can recommend a different type of mask until the patient finds the one he or she is most comfortable with.

After becoming familiar with the mask, and being able to use it through entire nights, the reduction of the symptoms is immediate; as the patient’s airway remains clear, the central cause of the symptoms is removed entirely, causing great relief and allowing him or her to finally get some rest. Studies suggest that patients who are treated with this method experience less daytime sleepiness, which is particularly noticeable on those who suffer from moderate to severe sleep apnea. Furthermore, those that manage to use the mask for periods upwards of 7 hours every night have reported depression and fewer heart issues than those that use the mask for less than 5 hours every night, which puts in evidence the importance of growing accustomed to it. Last, but not least, people who frequently receive nasal positive airway pressure therapy have reported reduced blood pressure both during the day and night.

Among some of the most notable negative side effects, we can find dryness of the nose and throat which can evolve into soreness. Nasal congestion and runny nose are also frequent side effects, as well as irritation of the eyes and skin of the face. Other less frequent symptoms are abdominal bloating and, oddly enough, excessive dreaming especially during the early uses of the treatment.

Regardless, most of the side effects can be easily addressed using medication. As a matter of fact, the continuous airway pressure therapy is often applied alongside several medications in order to prevent the side effects from surfacing entirely. Nevertheless, if a patient is suffering from other negative effects not listed here, it is recommended to consult their clinician, as they are likely capable of offering solutions to address these issues while allowing the patient to continue with the treatment for sleep apnea. 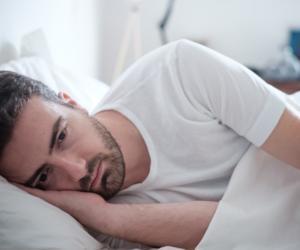 What to Know About Sleep Apnea 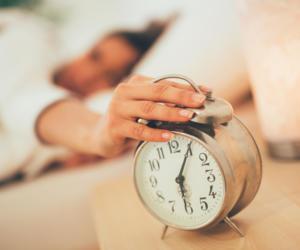 What kind of surgery is done for sleep apnea?

How can I manage sleep apnea for my mother who is 70 years old?