Sleep apnea is one of the most prevalent sleep disorders in the united states. Snoring is one of its most common symptoms, along with sleep disturbances, daytime fatigue and brain fog. However, in some patients, things are more severe. It is not just snoring, but due to the collapse of the upper airway, there is a complete blockade of the upper respiratory tract while sleeping. If this blockage repeats several times an hour, it causes severe sleep disturbances1.

A person living with sleep apnea may be woken dozens of time throughout the night due to respiratory difficulties. Sleep apnea is characterized by so-called periods of hypopnea followed by compensatory hyper-perfusion. These disturbances in sleep and respiration can have catastrophic effects on health. There is a high risk of developing metabolic diseases, but most importantly there is a much higher risk of developing cardiovascular diseases. A person is at higher risk of developing hypertension, heart arrhythmia, or even a heart attack. 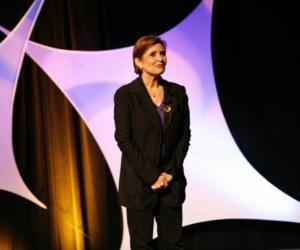 Sleep Apnea Linked to Death of Carrie Fisher and Other...

Medications are not much use because the issue is due to anatomical changes in the upper respiratory tract. Things worsen, slowly and gradually over the years. There are two kinds of treatment options for severe cases of sleep apnea, surgical correction of the upper respiratory tract or non-invasive, non-surgical methods. Surgery is highly efficient, but not 100% effective and it also carries specific health risks. So, it's no surprise that people often choose non-surgical methods first.

Among the non-surgical methods are the use of mandibular advancement splints (MAS), or in more difficult cases use of so-called positive airway pressure (PAP)2. Positive airway pressure is perhaps one of the most well-studied methods. It is generally initiated after the sleep study, or polysomnography which confirms the severity of the disease3.

PAP is a simple solution to the complex and chronic problem. It involves providing air continually under the elevated pressure through the use of mask, while a person is sleeping. It is little inconvenient, as it consists in wearing a mask before going to bed each day. But, this method is completely safe and non-invasive. There are hundreds of machines available for the purpose, each differing a bit from another in functions.

What did the studies say about positive airway pressure?

There have been hundreds of clinical studies regard to the effectiveness and utility of PAP, its benefits in improving sleep quality, and decreasing the risk of various complications. Most of the previous studies have acknowledged the benefits of PAP for cardiac health. Further, it's improves the apnea-hypopnea index, sleep quality, and symptoms of daytime fatigue.4,5

Until now, most of the clinical trials have supported the use of PAP in those living with sleep apnea, though many trials have demonstrated that compliance with PAP is a bit of an issue. People do not want to wear a mask on a daily basis while sleeping 6.

The most recent analysis published in the journal JAMA is skeptical about the benefits of PAP in preventing cardiovascular events caused by sleep apnea. Researchers think that many of the earlier studies suffered from a bias, and that the benefits were exaggerated 7.

The study states that doctors and patients need to understand that although PAP is beneficial in providing relief from many symptoms of sleep apnea, it may not be that useful in decreasing the cardiovascular risk.

The idea that PAP may reduce the risk of cardiovascular diseases sounds exciting but most of the evidence gained from clinical trials are statistically weak. Perhaps the reason for inconclusive results is poor adherence to PAP in its present format. Yu says that until some alternate is found, that patients may find it easy to use on a daily basis, carrying out in a large-scale, high-quality clinical trials with PAP may not be practicable.

Though PAP has limited benefit for cardiovascular health, it is not of much use in preventing metabolic disorders. However, it is still associated with various other benefits for physical and mental health. It does not mean that PAP has no role to play in the treatment of obstructive sleep apnea, but there is a need to correct the expectations. It should not be promoted to the patients as something that may help to prevent cardiovascular diseases8.

These latest findings have certain implications for prevention of cardiovascular events in those living with obstructive sleep apnea. It means that doctors cannot rely on the PAP for reducing cardiovascular risks. Instead, they should continue the extensive use of medications with proven benefits like statins, blood-pressure-lowering drugs, and antithrombotic therapy.

Researchers further elaborated that perhaps the most exciting finding of their analysis has been that well-managed sleep apnea can significantly reduce the risk of cardiovascular diseases. In fact, if sleep apnea is controlled in a timely manner, using various modalities, it can reduce the risk of cardiovascular events similar to the reduction seen with statins, aspirin, and beta-blockers.

In conclusion, Yu et al. state that their team thinks that most of the studies were statistically insignificant due to small sample size and poor adherence to PAP. However, it does not mean that people should not use PAP to manage sleep apnea. PAP is still a highly effective way of reducing sleep apnea related daytime sleepiness, fatigue, and in improving the quality of sleep. Their finding merely indicates that PAP should not be expected to reduce the risk of heart diseases. Instead one should continue with the well-proven prophylactic options or medications for prevention of cardiovascular accidents.

It Happened to Carrie Fisher. How Possible Is It to... 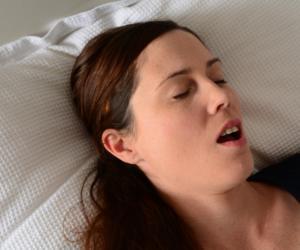 What medicines are normally recommended to treat sleep apnea?

Can an acupuncturist help me with my sleep disorder?