“Spending too much time sitting may increase the odds of dying due to any cause”, says a new study published in the Archives of Internal Medicine. The chances of dying from any cause increases by as much as 40% in people who spend a lot of time sitting; when compared to people who do not sit as long.

How do I stop my gums from bleeding when I brush?

Thus according to the researchers, public health programs should focus on increasing physical activity as well as reducing the time spent sitting. Alpa V. Patel, PhD, an epidemiologist at the American Cancer Society in Atlanta, reports that time and again studies have shown the association between sitting time and chances of dying.

However, the real cause behind this association is not still clear. “Exercise and physical activity have an impact on blood fats and other risk factors of heart diseases”, says Patel. Physical activity and movement improves blood pressure, another risk factor for cardiovascular problems. According to Patel, sitting for a few minutes in an hour can have a huge impact in overall health. According to David A Friedman, MD, the chief of heart failure services at North Shore Plainview Hospital in Plainview, technology has given reasons for man to limit his movement to the minimum. “Instead of mailing or texting a colleague just walking across to his work table would have an impact on health and would also give a good face time”, says Friedman.

Olveen Carrasquillo, MD, MPH, the chief of the division of general internal medicine at the University of Miami’s Miller School of Medicine, warns that a sedentary life style is harmful for us, and now our movements have considerably reduced.

The new study does not prove that sitting for a longer time causes death. But it made clear that some amount of movement is good for many reasons. Scott Kahan, MD, MPH, the director of the National Center for Weight and Wellness in Washington, feels it is difficult to say whether people are sedentary because they are inactive or they are inactive because of other reasons. Yet it is clear that being active is necessary for being healthy. One can be active by doing any activity of their choice – be it sports, gym, walking or gardening. One tends to sustain the activity, if it is really enjoyable.

What to do if you have a hole in your tooth and it...

Does a dental bridge feel natural?

How to fix my teeth?

More from FindATopDoc on Sedentary lifestyle

Is acupuncture good for pneumonia? 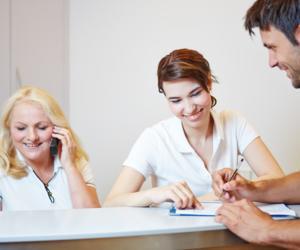 The Health Risks of a Sedentary Lifestyle

The Health Risks of a Sedentary Lifestyle