Many of us who sit for a long time in front of a computer, in a car while traveling to the workplace, relax in front of the television, or do online shopping, might be have sitting disease. Sitting disease is another name for a sedentary lifestyle, which increases the risk for a number of diseases.

What are the treatment options for prostatitis?

James Levine, MD, PhD, professor of medicine at the Mayo Clinic in Rochester, Minnesota, and author of Move a Little, Lose a Lot, notes that human beings are evolved as a walking entity, but most people spend their time sitting in a chair, which is a type of physical entrapment. According to him, one should take the steps to be more physically active. This can be difficult for individual's who work in front of a computer.

Getting an expensive treadmill, an exercise bike, or a personal trainer, may be very costly solutions for this problem.

Here are simple solutions to prevent the sitting disease:

NEAT: it refers to a non-exercise activity thermogenesis. Try to do 10 minutes of NEAT, including stretching, turning, and bending, in an hour. Levine recommends this as an activity that is not expensive, and can be integrated into the day quite easily.

Think beyond a workout: Getting one hour of exercise in one day leaves a person with almost seven hours of sedentary time on a working day. David Dunstan, PhD, head of physical activity laboratory in the division of metabolism and obesity at Baker IDI Heart and Diabetes Institute in Melbourne, Australia, says that physical activity should be a whole-day approach to reduce the time spent on sedentary activities.

Take breaks: Fabio Comana, exercise physiologist and spokesman for the American Council on Exercise in San Diego, says that most people are not encouraged to be physically active. He recommends people should be motivated to move more often with small goals. For example, one can stretch the whole body and the muscles that are cramped for five to six times a day, to notice small differences.

Avoid email and walk to your colleague: Avoid writing an email to your colleague, and walk down to his or her desk instead. Levine says that some companies have introduced email-free days to get their employees out of their chair more often.

Adopt new habits: Standing is a good habit to be adopted, as it uses more muscles and burns more calories than sitting. Remember to stand while answering a call on the phone, or pace during a staff meeting. Go out for a walk with your friends after lunch, and use the stairs instead of the elevator.

Rearrange the office: Instead of installing treadmills near every workstation, one can be physically active just by rearranging the office. Move the trashcan outside so that people will have to walk to throw the garbage. Arrange water coolers near the window so that people can get together.

Make use of new technology: One can easily take calls from a park on a sunny day, or walk around during a conference call. Levine says one can make use of technology to move around, rather than being tied to a chair.

End the work day with a bang: Be more productive in the last hours of working in a day, by taking a 15 minute walk in the afternoon. This will definitely help to do work more quickly, increasing productivity.

Does heart failure require a transplant?

What happens if you don't remove a splinter or foreign...

More from FindATopDoc on Sedentary lifestyle

How can I manage my father's depression? 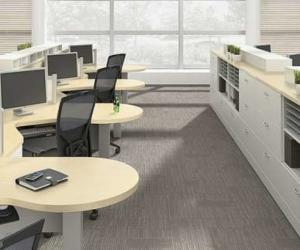