Melanoma is mostly referred to as cancer of the skin, but this might not always be the case. It begins from the melanocytes, the cells that produce the pigment melanin, which gives the skin its color along with hair and eyes too. Melanocytes also form moles, which is the region or place where melanoma usually develops. Having a large number of moles can become a risk factor for melanoma, but you should also remember that most moles do not become melanoma. Melanoma is generally of three types Cutaneous Melanoma, Mucosal Melanoma, and Ocular Melanoma. Unlike other cancers, melanoma is visible on the skin thus making it easier to detect in its early stages.

Melanoma is an unusually aggressive type of skin cancer and treatment is always necessary. If left untreated, melanomas spread quickly to organs and lead to death. The good news is that melanoma is highly curable if treated early. Furthermore, melanoma has high detection rate. If you have one or more moles that look unusual, you must have them checked by a doctor right away to see if it is harmless or an early-stage melanoma. Simply having a dermatologist perform a whole-body skin check and mole map at least yearly can greatly lower your risk of having severe melanoma, even if you are at risk.

Here are the different treatment methods for melanoma.

In many cases, the doctor may simply remove a melanoma in a surgical procedure. Most cases of melanomas grow just beneath the skin, so when it is at its early stages, the doctor can simply ‘shave’ it out.

There are several surgical procedures for melanoma. Mohs surgery employs the use of the microscope, which is used to visualize cancer cells in removed tissues so the surgeon can see that the entire melanoma is removed. Wide excision procedure removes the melanoma as well as some of the nearby normal tissue. Some cases of melanoma require amputation of fingers or removal of lymph nodes. If large areas of the skin are removed, the doctor may perform a skin graft.

In many cases, surgery works best on melanomas that have not yet spread to the lymph nodes or to other organs. Surgery for melanoma can take as little as 20 minutes or as long as a day (for Mohs surgery).

These drugs kill melanoma cells, but they also affect normal cells as well. These drugs can cause strong side effects such as:

Most of these symptoms go away after treatment.

Radiation therapy involves the use of high-energy rays or radioactive substances to kill cancer cells. For melanoma, radiation therapy is not often used as lesions are often located beneath the skin and better removed by surgery. However, radiation can be used along with other treatments to kill deep-seated melanoma tumors in the organs or the brain.

In this treatment method, high-energy rays are precisely directed to melanoma lesions or deep tumors. The preparation for radiation therapy can take a long time, but the procedure itself is quite short, lasting only a few minutes. Radiation treatment may cause symptoms such as skin irritation that look like a sunburn, changes in the color of the skin, hair loss on the site where radiation was directed, nausea, and fatigue. 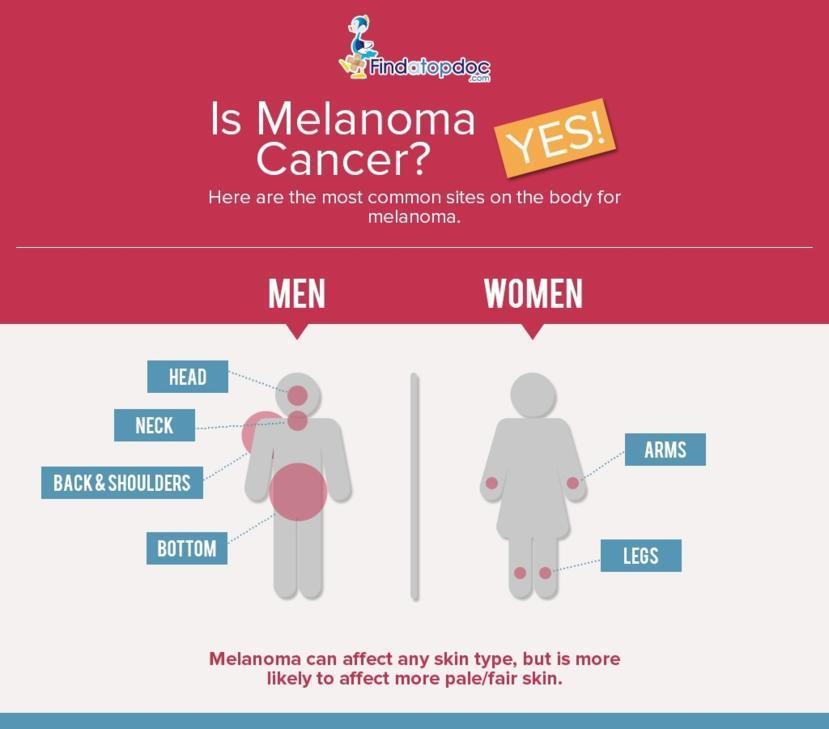 There are newly-developed treatments available for melanoma, especially in late-stage cases:

This uses drugs that increase the activity of the immune system to make it kill cancer cells. There are four immunotherapy drugs available on the market, at least in the United States. These are Yervoy (Ipilimumab), Keytruda (Pembrolizumab), Opdivo (Nivolumab), and T-VEC, Imlygic (Talimogene laherparepvec).

The drugs Yervoy, Keytruda, and Opdivo work by causing the immune system to function more than usual. The unusually named T-VEC, Imlygic is actually a man-made virus that specifically infects cancerous cells rather than normal cells. These drugs are indicated for late-stage melanoma cases, and studies are ongoing on their usefulness in prolonging the life of these patients.

Targeted therapy exploits the fact that melanoma cells are different from normal cells, like gene makeup. Notably, some melanoma cases are either positive for the genes BRAF, MEK or have changed to C-KIT genes. Targeted therapy drugs are directed to these differences so they kill cancer cells rather than normal cells. Targeted therapy for melanoma is indicated for cases that have not responded to chemotherapy or whose cancers have already spread to organs.

Targeted therapy drugs currently available for melanoma treatment include Zelboraf (Vemurafenib) and Tafinlar (Dabrafenib) for BRAF-positive cases, and Mekinist (Trametinib) and Cotellic (Cobimetinib) for MEK-positive ones. The drugs Gleevec (Imatinib) and Tasigna (Nilotinib) is used for melanoma positive for C-KIT gene. Usually, there are tests done so the doctor knows if a melanoma case is positive for BRAF, C-KIT, or MEK gene.

Some melanoma cases are difficult to treat, in the sense that it does not always respond to available medications or has tumors that cannot be removed with surgery. In that case, patients can join a clinical trial, which tests newly-developed medicines on volunteer patients. The medicines used in the clinical trial are often new but not yet available in the market. 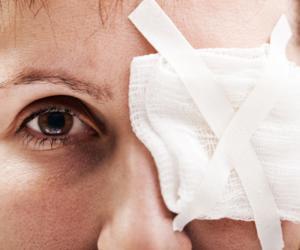 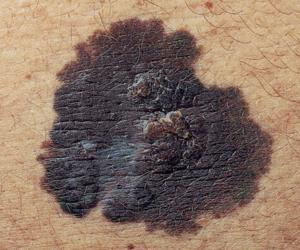 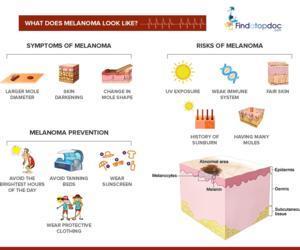 How common is it for skin cancer to come back?

What is the Melanoma Research Foundation?