Decades back, people suffered from many irrecoverable diseases. Some of these diseases are still incurable today. This includes the situation of a 74-year-old patient known as Lindy Redmond.

At the age of three, Lindy had agonized from her terminal disease. She was weak, thin, and helpless. She always had to deal with diarrhea and always vomited. However, in one faithful day, Lindy’s doctor gave her the most unusual daily prescription. This diet prescription is composed of bananas, seven to be exact or, at least, that’s what she could recall. Aside from the banana-based diet prescribed by her doctor, Lindy also moved to a place in California with clean mountain air. She also followed a high-calorie diet. She had to consume cottage cheese, meat, vegetables and milk along with the bananas. The only thing not included was the starch. 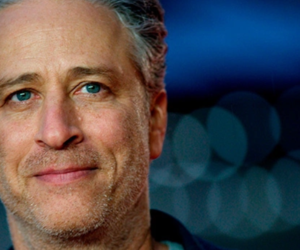 This unique diet was invented by Dr. Sidney Haas in 1924. It was so popular that the University of Maryland endorsed it for the other children suffering from the same illness. These children were then called the banana babies. Luckily for these patients, the banana-based diet cured their illnesses, or so it seemed.

Many of you have probably heard of this real-life story recounting the events of how do bananas treat people suffering from an illness which had no viable treatment options. Yes! You are right to think of the incurable condition like celiac disease.

With the expertise of that time’s prominent pediatrician and researcher Sidney Haas and his customized banana-based diet, over 600 celiac-stricken children were said to be magically cured. Practically, bananas were considered as superfood in his time, and Haas was considered as the trailblazing savior. Dietitians attested to its curative powers and the American Medical Association even endorsed this diet plan. They said that is indeed a fruit which nature sealed with a germ-proof package. Interestingly, the United Fruit Co. also made their campaign to increase the growth of bananas. Moreover, the importation of bananas are also done more aggressively. In his book, pediatrician William Brady advised mothers to start feeding their baby with bananas at the age of four or five weeks instead of the usual four or five months. This is to ensure that they don’t grow puny, sickly, or badly nourished.

It’s the gluten, not the bananas

Disappointingly, Willem Dicke, who is a Dutch researcher, invalidated the fruit's ability to cure the celiac disease. Dicke confirmed that there was zero mortality rate in the Netherlands during the World War II as bread was unavailable. He then  realized that this could be the explanation and not because banana is some sort of magical fruit.

Furthermore, many people thought that the banana-diet was ‘unintentionally gluten-free’ and that Haas simply made an honest mistake in disregarding wheat in his quest to find a cure for the disease. His attention was so glued to the bananas as he believed that the bananas have such miraculous curative elements. This made him forget about the other food in his patient's’ diet plan, which actually includes the wheat. As we know today, celiac disease remains incurable.

Now, what becomes of the banana babies?

The banana babies were never aware that they cannot outgrow celiac disease with just bananas. Certainly, there were patients who thought it could treat their condition; thus, they retained their banana-based diet until the end. Patients like Lindy Redmond, lived to see better days even if they are no longer in their youth.

So, how did Linda and the others know? Unaware of the danger of wheat to her body, Lindy reintroduced the food to her diet after having recovered. Since then, she has consumed wheat yet again. Only at 66, when she was given another set of intestinal biopsy, did she know how damaged her intestines were. The results showed what an untreated celiac disease would be in the long run. Now that Lindy lives with a gluten-free diet, she never suffers the same kind of colds, constipation, and miscarriages she once had.

Understanding celiac disease: It runs in the blood

Contrary to what many believe, bananas have nothing to do with celiac disease. Many believed that gluten is the real culprit. Hence, it’s time to make a full understanding of the matter. Basically, the body's’ autoimmune response attacks the gluten in the small intestine. This results in the damage to the villi. These villi are small finger-like projections in the small intestine. When this happens, the body fails to absorb the necessary nutrients properly. Thus, it results to all sorts of health complications.

Celiac disease is hereditary. Gluten, which is contained in wheat, barley, and rye triggers the disease only if you have a genetic predisposition to it. It is estimated that 1 in 100 people worldwide suffers from celiac. Americans are particularly prone. In fact, two and a half million cases of celiac among Americans are undiagnosed and are at risk for long-term health complications. The array of long-term health complications may range from malnutrition, bloating, fatigue, miscarriage, lactose intolerance, anemia, and osteoporosis to dementia and cancer.

What can we do about gluten intolerance?

It is important to know that while celiac disease has no known cure as of today, there certainly are countermeasures to prevent the condition and its symptoms from worsening. The first one is, of course, a strict adherence to a gluten-free diet. Never consume the Big Three: wheat, barley, and, rye again! Even a small amount of gluten like crumbs from the toaster can already trigger celiac. Therefore, cut out the gluten from your diet and stay healthy through eating fruits, vegetables, meat and poultry, fish and seafood, dairy, and legumes. The 7-Day Gluten-Free Meal Plan and the 7-Day Pediatric Gluten-Free Meal Plan from celiac.org can greatly assist in sorting out your daily diet. Talking about diet, your dietitian is the best person for the job. One can never emphasize it more, hence talk to your dietitian before embarking on any diet plan that you have in mind.

Since most people suffering from celiac disease are undiagnosed, it is extremely necessary to be aware of the disease’s symptoms and conditions as well. General conditions like anemia, fatigue, or malnutrition can be the manifestations of the disease. Your headache, depression, and irritability may also point to celiac. If its lactose intolerance, vomiting, or diarrhea, the chances of having the disease is higher. Eczema, skin rashes, or hair loss are some of the skin and dental conditions of a celiac-stricken patient as well. However, the most accurate diagnosis can only truly be made by a physician. So, visit your doctor and ask for his or her professional advice.

Celiac disease remains an incurable disease even nowadays. But even if this is the case, there are ways to recuperate and live healthy and happy. Here are the important ones: Rid yourself of gluten; plan your diet or make your dietitian plan it; consult your physician regularly, and keep calm for there are still many foods you can eat. 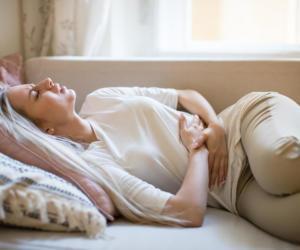