Anemia is a common blood disorder characterized by less than normal levels of red blood cells or hemoglobin.

Most symptoms of the condition result from reduced oxygen delivery. 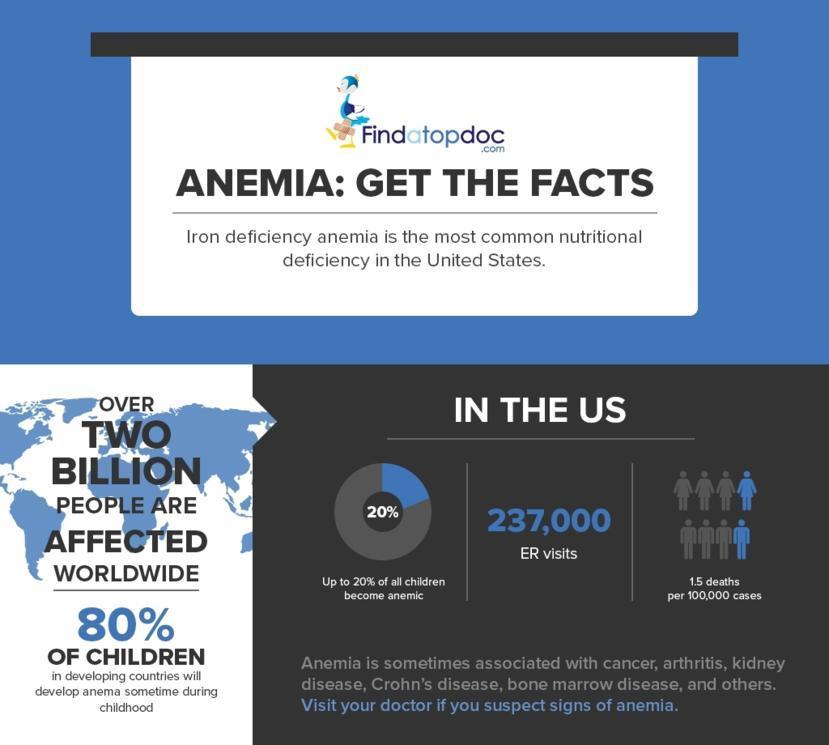 Anemia is categorized into different types based on the underlying cause of the condition.

Symptoms range from mild to severe, and lead to several health issues.

It is diagnosed by complete blood count. Treatment depends on the underlying cause and varies from person to person.

Iron supplementation through appropriate diet is a very common measure to control anemia.

What can be done for anemia?

Fatigue and lack of energy are the most common symptoms of anemia. Other signs and symptoms may vary according to the cause of the condition.

The body adjusts to low oxygen levels in chronic anemia, and may respond only when anemia becomes severe.

The symptoms are often moderately severe, even with small variations in hemoglobin levels.

There are three main causes for anemia:

In certain conditions, loss of blood from the body often exceeds production, resulting in iron deficiency anemia. Rapid blood loss may happen during surgery, childbirth, or accidents. Chronic blood loss may result from stomach ulcers, cancer, and tumors. Heavy bleeding during menstrual periods can also lead to iron deficiency, and then anemia.

Lack of iron in food affects the production of hemoglobin and healthy red blood cells in the body.

Lack of vitamin B-12 and folate in diet also affect the production of red blood cells. Inability to process vitamins in the body may also lead to insufficient production of hemoglobin. This condition is referred to as pernicious anemia.

Aplastic anemia, a condition in which the body does not produce enough red blood cells, is caused by infections, certain medications, and toxic chemicals. In sickle cell anemia, the body produces defective hemoglobin, leading to insufficient red blood cells.

In autoimmune hemolytic anemia, the immune system produces antibodies against body’s own red blood cells and destroys them. Increased destruction of blood cells leads to anemia.

The size and shape of the red blood cells also indicate cell functioning. Additional tests are recommended based on the underlying cause of the condition.

Treatment of anemia also depends on the cause.

Some types of anemia are tough to prevent.

Iron deficiency anemia and those caused by vitamin deficiency can be prevented by having a diet rich in iron and vitamins. Iron, folate, vitamin B-12, and vitamin C supplementations help in controlling symptoms.

Genetic counseling is helpful to understand the risk of children getting the disease, particularly when there is a family history of the condition.

Several alternative and homeopathic remedies are used for anemia.

are used in special diet plans for improving iron levels.

Ferrum metallicum and aletris farinosa are homeopathic medicines used to control symptoms of anemia like fatigue and weakness.

China is recommended to treat anemia due to excessive loss of blood.

Natrum mur helps to control weight loss due to anemia.

Pernicious anemia is controlled with picric acid and phosphorous.

Lifestyle modifications are necessary in order to cope with anemia.

Most forms of anemia can be cured completely.

Prognosis depends on the underlying cause of the disease and the severity of symptoms.

Ensure a diet rich in iron and folate.

If left untreated, anemia may lead to severe fatigue and complications during pregnancy.

It may lead to enlarged heart and heart failure.

Some form of anemia may even lead to death, if timely treatment is not given.

Can anemia cause loose stools? 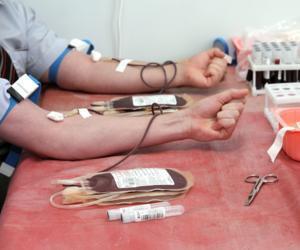 Do all Anemics Need Blood Transfusions?

Can anemic people be blood donors?

How to help anemic son?

How long do you stay in the hospital after a blood transfusion for anemia?

What Is Megaloblastic Anemia?

Why do I feel so weak even though my blood counts are all normal?