Type II diabetes, the most commonly diagnosed form, is usually diagnosed in adults of middle age, but can also be found in children and is often brought on by obesity. While the pancreas in type II diabetes can sometimes make insulin, it may not make enough or the body will not use what is made efficiently. But what are the risk factors for prediabetes, a condition where someone may be right on the cusp of developing Type II diabetes without knowing it?

What are the Some Of the Risk Factors?

Of all risk factors for developing diabetes, the most common is excess weight, but that is not the only issue that many face. They can maintain a healthy weight and still be predisposed to diabetes due to a family history of the disease. In prediabetes, the blood glucose levels tend to be more elevated than those of other people, and less than patients with diabetes and at least fifty-seven million people in the United States are estimated to be prediabetic. 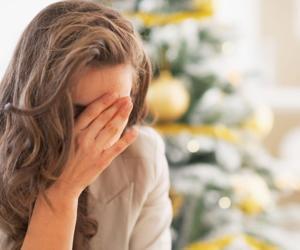 Managing the Mental and Emotional Toll of Diabetes

Some ethnic populations are also more prone to prediabetes and the development of Type II diabetes. Black, Latino, Asian and Native American populations are more likely to develop both than their Caucasian counterparts. Advancing age is also another factor as when people get older the body has a harder time completing more functions. A lack of exercise even at a healthy weight, high blood pressure and elevated cholesterol should be cause for concern as well. Other diseases such as Polycystic Ovarian Syndrome carries an increased risk of diabetes and the risk of developing Type II diabetes.

With diabetes comes a lot of risk factors for developing other disease and disorders. Because the main cause of Type II diabetes is obesity maintaining a healthy balanced diet and proper exercise, as well as consistent monitoring of glucose levels is key to lowering risk factors. Those with diabetes are more at risk for stroke, heart disease, kidney disease and developing eye, dental, nerve and foot problems.

Many prediabetics who are unaware of their condition and fall into full diabetes may go on to suffer from diabetic ketoacidosis which is a serious complication that occurs when the blood glucose levels are extremely elevated and symptoms can develop rather quickly sometimes within a twenty-four hour span. It can be potentially deadly in its own right as it causes fatigue, extreme thirst, confusion, increased urination, abdominal pain, shortness of breath and nausea or vomiting, left untreated it can lead to unconsciousness and death.

While the symptoms of ketoacidosis can be frightening as well as life-threatening, the treatment can be equally as frightening with possibility of complications and even death. Treated with a combination of electrolytes such as potassium, sodium, chloride and insulin complications from treatment can include low blood sugar is the insulin causes the blood sugar to drop too quickly. Low potassium that can affect the heart, nerves and muscles. Cerebral edema that causes brain swelling due to rapid adjustment of sugar levels and is more common in children.

The high glucose levels in the blood will start to damage nerves over time. When that happens two of the side effects are peripheral diabetic neuropathy a condition that causes pain, loss of sensation and burning in the feet usually beginning in the toes but can migrate to other parts of the body. If left untreated amputation may be the final result. Autonomic neuropathy involves damage to nerves in the organs of the body and can lead to sexual dysfunction, gastroparesis, not being able to tell when the bladder is full which can lead to accidents, not knowing when the blood sugar if low leading to more severe accidents such as fainting.

Diabetic neuropathy although a less common occurrence, is a serious complication. When there is an elevated levels of glucose in the body, the body will try to expel the excess by processing it through the kidneys as urine. Additionally patients will also feel thirst more often which will then prompt them to take in more liquids, which will then again create more urine for expulsion. This can damage the functions of the kidneys and cause them to lose the ability to properly process the waste products from the blood, left untreated this can lead to renal failure and necessitate the need for dialysis.

What are the Signs and Symptoms of Prediabetes?

Like diabetes, prediabetes involves the body being either insulin resistant or not being able to properly use the insulin that it produces. The body may not make enough of the insulin to aid it in carrying glucose to the cells of the body via the bloodstream. When this happens there will be a buildup in the glucose levels that lead to prediabetes.

The pancreas is the home of cells known as Beta Cells, these cells create, store and secrete insulin in response to elevated glucose levels in the body. When the body has an higher than normal glucose level, beta cells spring into action secreting insulin where it’s needed, they also start production of new insulin. Additionally beta cells also secrete the amylin and C-peptide an insulin production by product. These two are important to the process because amylin will slow the rate of glucose that enters the bloodstream while c-peptide prevents vascular complications, both are excreted into the bloodstream at the same rate as insulin. This is what is supposed to happen in any case.

In Type II diabetes, the beta cells go into overdrive at the onset of the disease and will produce a lot of insulin to counteract high glucose levels this is why Type II is characterized by not only high glucose levels, but high insulin levels as well. The problem is that outside of the pancreas which converts glucose, the tissues of the body are resistant to pure insulin and is therefore unable to use it, when this happens the body will experience insulin overdose.

Because of the high rate of insulin production, over time the beta cells weaken and will either die off or start producing much less insulin, when this happens the patient will develop Type I diabetes and will need to take insulin in order to keep glucose levels normal. Although beta cells do not have a backup system in the body, everyone in born with extra beta cells that don’t become active until the onset of diabetes. The unfortunate side effect of this is that the extra beta cells seem to contribute to the beta cell exhaustion that happens with the onset of the disease because of peripheral insulin resistance that happens when the non pancreatic tissue of the body can’t use the extra insulin produced.

People with prediabetes may notice that they are hungrier than they normally would be even when keeping to their normal food schedules. They may notice weight loss without an increase in exercise or a decrease in calorie intake. Increased thirst and increased urination coupled with a general.

What to do To Prevent Prediabetes

If a known family history is present and any of the symptoms spoken of previously present, the first thing to do is to see a physician to get checked for elevated glucose levels. They will conduct one of two tests, and a fasting plasma glucose test, which will mean no food for the eight hours leading up to the test, or an oral glucose tolerance test. Once the results are obtained, the patient with the help of their physician can determine the best course of action should elevated levels of glucose be discovered.

Prediabetes is not a death sentence and can be managed and diabetes prevented, but it does take careful management and dedication since it is not an insurmountable health issue.

My child was diagnosed with diabetes?

What does bone loss in the teeth mean?

My son had low blood sugar during exams. Should I get... 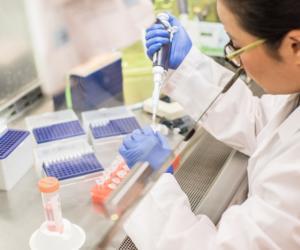 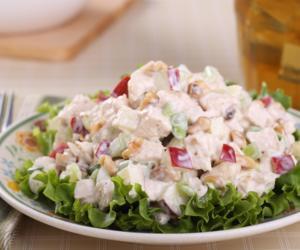 Diabetes Patients May Be at a Higher Risk for Strokes