Women are well aware of how ugly blackheads can look, and just how easily they can spoil our look for that special occasion. We spend hours sitting through painful procedures at parlors to get rid of ugly blackheads that cover up our noses and cheeks. But do you know the medical causes of a blackhead? Yes, you read that right, a blackhead is essentially a medical skin condition, just like a pimple or an acne.

Most people consider them a stain on their natural beauty. A very natural occurrence in most people, blackheads are a very common problem that occurs in the facial area, particularly around the nose.

How can I remove blackheads?

Have a question aboutBlackheads?Ask a doctor now

Blackheads are characterized by small dot-like bumps that come up on the skin resulting from hair follicles that get clogged. They are referred to as "blackheads" because the surface where they appear is dark, dull, and black. Blackheads normally appear on the face, but in some cases, they can also appear on the back, neck, chest, arms, and shoulders. While blackheads and acne are terms that can be used synonymously, they are different skin conditions.

How do blackheads appear?

Blackheads appear due to clogs formed in the opening of small pores that contain hair follicles. Each follicle consists of two parts: one being the hair and the other being a sebaceous gland that secretes a skin oil known as sebum. The sebum regulates moisture in the skin and keeps it soft and naturally moisturized. When the skin cells die, these dead cells accumulate at the opening of the skin follicles along with the oil and cause a bump to appear, which is known as a comedone. When the skin on top of the bump remains closed, it is known as a whitehead. However, when it opens up and exposed to the air and outside environment, it shows a dark appearance leading to the formation of blackheads.

Facts About Blackheads You Should Know

Usually, blackheads are the first signs of acne. Here are some key facts about blackheads that you should be well aware of, particularly if you have this skin condition.

Can poor hygiene cause blackheads?

There are several myths about the various triggers that could result in blackheads and acne. Poor hygiene is certainly one of the reasons that could cause blackheads in a number of people. While inadequate washing of the face can leave it clogged with dirt and oils resulting in excessive oil production in the skin, excessive washing or scrubbing of the skin also has its downsides and could worsen blackheads.

Other Causes of Blackheads

A number of people believe that blackheads only occur when your face is left unclean. Although it is partly true, there are certainly other reasons that could also be responsible for the appearance of blackheads in a person.

Here are some of the most common reasons associated with the appearance of blackheads:

Simple Home Remedies to Get Rid of Blackheads

Blackhead removal does not always require expensive and painful parlor sessions. There are also a few simple home remedies that one can try for the removal of blackheads. Some of the most common and effective ways to get rid of blackheads include:

How do I Get Rid of Blackheads?

Which blackhead cleansers won't dry my skin out?

More from FindATopDoc on Blackheads

How can I remove blackheads? 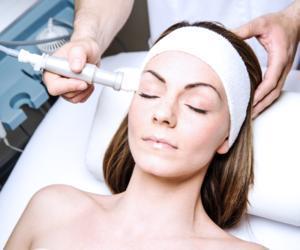 Do blackheads bleed if you pop them?