A sociopath is an individual who has a personality disorder, which is characterized by antisocial, deceitful, and manipulative tendencies. Sociopaths also lack empathy and usually have a hard time forming relationships. Most of the time they are irresponsible, and in worst cases, do not have a conscience at all. Usually, sociopathic traits start to show before an individual turns 15 years old.

Why do I have episodes where everything is super loud...

Since sociopaths tend to be compulsive, they usually have difficulties in shrugging off negative thoughts or changing their bad moods. They often do not realize that their behavior has already caused problems to people around them or to themselves.

What are the characteristics of a sociopath?

Despite the confusing nature of a sociopath, there are common sociopathic traits that people can watch out for. They are:

One of the most common traits of sociopaths is the lack of empathy, specifically being unable to feel remorse for their actions. Sociopaths do not feel a sense of guilt or remorse, so they are inclined to do whatever bad comes to their mind, which is why they are quite dangerous to be around with.

Most sociopaths are not capable of feeling or showing love. They tend to lack emotions in response to events around them. They can sit at a funeral without showing any expressions on their face.

They have a high feeling of love and admiration toward themselves, but at the same time, have a low self-esteem, which they can hide under a facade of charm.

They have a high calculative nature, and in turn, can start manipulating others for their own personal benefits. They usually manipulate other people without any feeling of guilt or remorse.

They can also be quite charming. Even if they fail to understand the feelings of others, they are capable and are adept at appearing to be charming and normal. They usually possess a high IQ, which they use for manipulation purposes.

Sociopaths always strive for attention and usually desire the approval of others. They will also be highly sensitive to criticisms. They cannot take criticisms in the right way. They often feel they deserve appreciation and admiration from others, even for small things.

They often have a lack of trust and paranoia with an introverted nature. They have a criminal mentality and tend to always scheme over things.

They can be very secretive about their plans and actions. They can plot devious ways or methods to achieve what they want.

Since they lack a sense of remorse, guilt, or emotional attachments, they can have affairs and engage in controversial sexual activities in secrecy.

Most sociopaths would always want to be in authority and would love to order and rule over other people.

They tend to get bored easily with routine activities and would want to keep stimulated to dismiss their boredom.

Based on the current facts, they tend to make impulsive decisions. They do not even think of the consequences of their wrongdoings.

They are compulsive liars and will not speak truthfully. Sociopaths usually have failed marriages due to this trait many times.

The "Macdonald triad" is defined as a set of three character traits seen in sociopathic behavior. As children, they would have undergone traumatic situations and hurt animals, set things on fire, and will have bed-wetting problems.

They have a highly sadistic nature by taking pleasure when other people are hurt. They do not feel any guilt at any point in time.

They will be depressed and may have problems with their sleep. Some can turn to alcohol and some can be schizophrenic, too.

Sociopaths display different levels of symptoms and are different in every case, but their main strength is presenting themselves with empathy towards others but internally, they lack the emotional capacity since they are cold-hearted and manipulative.

As a child, a sociopath would be termed as a "problem child" showing difficult behavior, throwing tantrums, irritable nature, and aggressiveness. They can be highly successful as they grow older, competing with their peer group, and will have a desire to be successful. With their inner drive, they can become successful businessmen, CEOs, or even politicians.

Rulers such as Muammar Gaddafi, Saddam Hussein, and Adolf Hitler were examples of sociopaths. They have little interest in people, show an eccentric nature, does not think of the consequences of their behavior, does not hesitate to wage wars, and will also amass wealth. They will have very few close friends, and tend to be cold and manipulative in their relationships. They can also be emotionally abusive. A sociopath is also driven by impulsivity.

There is no definite cure for sociopathy. Sociopaths do not believe that they have a problem. They would have approached the doctors due to pressure from their family members and a few friends who would have recognized the need for them to get medical help.

They have a charming and outward personality and think that they know better than any other person. Thus, they may start ridiculing the doctors who are trying to help them, which would make it difficult for the treating doctor.

It is natural that in all kinds of treatment, there will be a relationship between the doctor and the patient, where the patient will be grateful for the doctor's timely help. However, in the case of sociopaths, this relationship would not exist, for a simple reason that the patient does not believe that he has a problem and thinks highly of himself.

The lying and manipulative nature of a sociopath makes it easy for the doctor to believe that his patient is certainly showing signs of improvement, but it can be feigned so well by the patient into making the doctor believe him.

Therefore, treatment has to be totally individualized--where the doctor takes into consideration the patient's family history, medical history, age, health, gender, and also tries to understand if there were any childhood trauma that has resulted in the current mental state of the patient.

If additional diseases are also present such as depression, anxiety disorder, insomnia, schizophrenia, and alcoholism, then it would help the doctor treat these diseases first, bringing in a positive change in the patient, and then the sociopath disorder can be managed to a certain extent. The patient would then be normal enough to welcome the treatment on his behavioral aspects.

Psychotherapy can be helpful in managing the symptoms and side effects of mild cases. The patient will have a general lack of insight into the disorder, and hence, do not seek professional help. They are very much aware that they have a mental problem, but they tend to blame other people and circumstances for their condition. If they are jailed or hospitalized, they may be restless and vexed since they have lost their freedom and control, which are very important to them. Uneasiness seems to come to them by external stimuli and never by remorse or guilt.

Treatment for sociopathy often requires mild doses of antipsychotic medications, mood stabilizers, and antidepressant medications to control the aggressive behavior symptoms. They need to be under constant supervision as well.

One or a combination of therapies is used to treat the mental disorder. The three categories of therapy are:

Antisocial behavior is an undesirable behavior of the patient’s environment, which usually begins in childhood. What he has learned in the past gets reflected when he becomes an adult and the traits are displayed. The therapist identifies the stimulus, which brings about antisocial responses and tries to replace them with positive thoughts and behavior.

The approach and the modality of each therapy will vary with that of the patient where the therapists customize the treatment for that patient. Physical treatment such as relaxation techniques, music therapy, as well as visualization treatment may also be provided.

Patients are also given soft skills training for social acceptance and make use of interactive sessions, role-playing, and so on. The therapists also take feedback from the patients to make them more involved in the treatment process.

In a cognitive therapy, therapists replace the negative thoughts and feelings into a positive one. The patient is also made to observe well-behaved people in different circumstances as a lesson.

Regular monitoring and supervision are needed to keep them interested enough in the treatment. It can be a huge burden on the therapists to have a high degree of patience, persistence, and perseverance to manage the patients.

The treatment starts with a mild dosage of medication, where the therapist probes into the innermost world of the patient through hypnotic methods to understand the deeply-rooted disturbances behind the mental disorder. Once the disorder falls into a pattern with the understanding of the life circumstances, happenings, and outcomes, then the therapist can suitably change the methodology adopted to manage the behavior accordingly.

A sociopath patient may respond to one of these therapies or a combination of one or more.

Treatments such as electroconvulsive therapy (ECT) or popularly called as "shock therapy" and the intervention of neurosurgery may also be performed on patients in rare cases, trying to correct the aggressive nature, if it is feasible.

A Word of Caution

Even to this date, it is very difficult to know if any or all of these therapies can help with the problem of sociopaths.

Many scholars have, for decades, debated this issue. Most recently, there seems to be a possibility that therapies can help to an extent. However, they still depend on many factors.

Firstly, it depends on how willing an individual would go through therapy or seek medical help. From their perspective, they feel that they do not have any mental problem.

The therapist would need to have lots of experience in dealing with sociopaths to recognize when they tend to start lying and manipulating. The patients can trick the therapist into thinking that the treatment is working.

Since therapy treatments take up lots of time and tend to be for a longer duration, both the patient and the therapist should have lots of patience to continue to try managing the disorder with treatments. The interest and the energy level from the therapist need to be very high to be with this kind of patients. 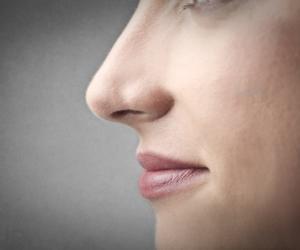 People Who Get Nose Jobs May Have An Underlying Mental...

What Is Trichotillomania: Causes and Symptoms