According to a 2010 study by the American Journal of Gastroenterology, researchers found a higher incidence rate of ulcerative colitis (UC) among individuals who used Accutane. UC is another common type of IBD that only affects the colon.

According to the Crohn’s and Colitis Foundation of America, Crohn’s disease affects over 780,000 individuals living in the United States. Widely known as a common type of inflammatory bowel disease (IBD), Crohn’s causes chronic inflammation throughout the gastrointestinal tract. 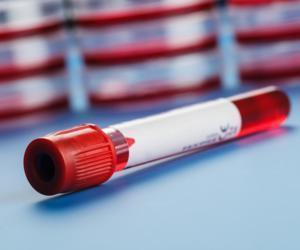 How to Diagnose Crohn's Disease and Colitis Through...

The most common symptoms of Crohn’s include abdominal pain and cramping, rectal bleeding, persistent diarrhea, constipation, excessive fatigue, weight loss, and malnutrition. Another common symptom among individuals with Crohn’s is acne. Crohn’s itself does not cause acne. However, it has been found that this after-effect is associated with steroid therapy that helps to relieve and treat chronic inflammation symptoms at bay while keeping any permanent tissue damage at bay.

Isotretinoin, commonly known as Accutane, is a medication prescribed for severe acne. It is an oral derivative of vitamin A and generally prescribed by doctors when other treatments fail to treat severe and painful acne. A majority of individuals will see an improvement in acne clearance after using Accutane for around 4-6 months. While Accutane is no longer produced by its original makers, other manufacturers market oral isotretinoin under brand names such as Claravis, Absorica, Myorisan, Amnesteem, and Zenatane.

A suspected link, and a controversial issue

The United States Food and Drug Administration (USFDA) has not formally tied Accutane to Crohn’s. However, it does warn individuals to be cautious about potential problems in the abdominal area that may result while using the medication.

The USFDA reports that Accutane may cause internal damage to the organs and consequently, trigger symptoms such as:

According to a study conducted in 2010 by the American Journal of Gastroenterology, researchers found a higher incidence rate of ulcerative colitis (UC) among individuals who used Accutane. UC is another common type of IBD that only affects the colon. The researchers involved in the study monitored individuals who used Accutane for more than two months and found that UC was mostly seen in that specific group.

Other studies, however, are contradictory. According to a study conducted back in 2014, researchers observed the medical records of 1078 individuals who had used Accutane and compared the evidence against individuals with a diagnosis of IBD. They discovered the incidence rate of IBD was lower in individuals who had used Accutane, as opposed to those who never used the medication. Therefore, the researchers were unable to confirm an increased link for IBD, but they did suggest that Accutane could potentially impact IBD by uncovering pre-existing IBD or triggering cell death in the lining of the intestines.

According to another study conducted in 2016 by the European Journal of Gastroenterology & Hepatology, researchers monitored the prevalence of IBD among two groups: individuals who used Accutane and those who did not use the medication. They found that the prevalence of IBD was the same among both groups, leading them to conclude that Accutane doesn’t “up” IBD or Crohn’s risk.

In women who are or plan on becoming pregnant, the most severe risk of using Accutane is teratogenicity, the potential malformation of an embryo. That being said, the USFDA does not recommend the use of Accutane to individuals who:

Despite some studies suggesting a potential link between Crohn’s and Accutane, they have not been able to accurately prove that Accutane, or any other brand of isotretinoin, increases the risk of developing Crohn’s.

Perhaps the fact that the link between Accutane and Crohn’s remains debatable is due to contradictory outcomes. Differences in the severity of acne, gaps in case studies, the use of prior acne treatments – all of these reasons and more suggest conflicting results when it comes to whether or not the medication has any effect on the symptoms of Crohn’s – more specifically, acne. Additionally, the number of IBD cases associated with Accutane remains small. Doctors reported only around 85 cases to the USFDA, in spite of there being more than a million users of Accutane in the United States alone.

In the case of Crohn’s or IBD, an individual should consider all potential risks prior to using Accutane. In instances involving a personal or family history of inflammatory conditions, a doctor may advise against the use of this medication. Moreover, if any individual who uses or has used Accutane develops Crohn’s, they should notify a doctor right away.

Currently, there is not enough evidence to prove that Accutane causes Crohn’s or worsens preexisting symptoms, but the risks may outweigh the benefits of acne treatment. For this reason, an informed decision together with a doctor is highly recommended.

All About Colectomy Prep and Recovery 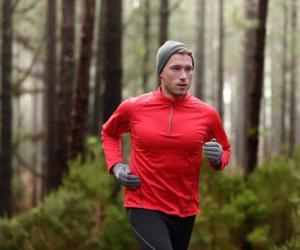 Is there medication that can cure IBS? 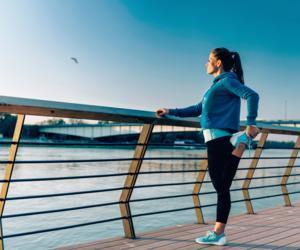 What changes should patient's make once diagnosed with irritable bowel disease?

What Is a Bowel Obstruction?