Ashwagandha is scientifically known as Withania somnifera. It is also known as winter cherry or Indian ginseng, owing to its rejuvenating properties. Ashwagandha is composed of numerous useful medicinal substances such as choline, fatty acids, withanolides, alkaloids, and a variety of sugars.

Native to the dry regions of India, the Middle East, and northern Africa, ashwagandha derives its name from Sanskrit, which means smell of the horse, due to its unique smell and ability to increase strength. It is proven to promote physical, emotional, and mental health, as well as restore the body to longevity.

Have a question aboutAshwagandha?Ask a doctor now

While the root of the ashwagandha plant is the part most commonly used in Western herbal remedies, its leaves, seeds, and fruit have all been found to be tremendously useful for several treatments.

Inflammation is a natural process that helps your body to heal and defend itself. However, inflammation can often turn chronic and may last for several years, leading to various health issues.

Based on several studies conducted on animals, ashwagandha was proven to reduce inflammation by decreasing the markers of inflammation such as the C-reactive protein (CRP). Studies in humans were able to come to the conclusion that it enhanced natural killer (NK) cell activity, which are immune cells that fight infections in the body.

The herb is also known to act as a cyclooxygenase inhibitor that reduces inflammation. The steroidal lactones, saponins, and alkaloids present in it are believed to be the cause for its anti-inflammatory properties.

Traditionally, the leaves of the herb were used to heal joint pain, skin sores, and swelling due to its wound-healing abilities. Widely considered as a pain reliever, it acts on the nervous system to prevent pain signals from being sent. Hence, it is an effective treatment to relieve pain due to rheumatoid arthritis.

The herb’s ability to slow down the growth of cancerous tumors makes it a potential anticancer agent. Several studies have proven its ability to prevent and treat various human cancer including lung cancer, blood cancer, breast cancer, kidney cancer, and prostate cancer.

In numerous animal studies conducted, the root and leaf extracts of the herb provided effective protection against chemically-induced cancer. Its anticancer properties are attributed to the presence of certain steroidal lactones present in it and have been proven to be a promoter of tumor cell death.

It also has the ability to reduce the side effects of chemotherapy without being a hindrance to the tumor cell killing procedures.

Ashwagandha is found to be highly beneficial to heart health. It is believed to be able to treat high blood pressure, heart disease, chest pain, and high cholesterol.

Studies have shown that the herb possesses hypolipidemic properties, which can bring down high blood cholesterol levels. Through various animal studies conducted, the herb was able to reduce the levels of cholesterol as well as triglycerides in the bloodstream, thereby proving its ability to improve heart health. It also possesses the ability to strengthen heart muscles.

Traditionally, the herb was used to produce a calming and soothing effect on a person. Being a natural adaptogen, it helps to induce relaxation. It is often known as a mood-boosting herb and according to some research, it can play a vital role in fighting mood imbalances. Due to its ability to act on the endocrine system, research findings to menopausal women who took ashwagandha showed a significant reduction in symptoms such as hot flashes, anxiety, and mood swings.

In several animals as well as human studies that were conducted, the herb was proven to reduce stress and anxiety levels. Cortisol is a stress hormone released by the adrenal glands in response to stress, and when there is a significant decrease in the blood sugar level. When elevated to a chronic level, cortisol can also lead to high blood sugar and increased fat storage in the abdomen. In several studies conducted, ashwagandha was found to drastically reduce the cortisol levels, thus improving an individual’s resistance to stress.

Ashwagandha has been widely used in tranquilizers and antidepressant drugs since it helps relieve stress and overcome depression. It has the ability to lower the levels of the stress hormone called cortisol to relieve depression.

Although there is limited research that has proven the antidepressant properties of the herb, some studies have shown its ability to reduce anxiety and depression in humans.

Hypothyroidism is a condition where the thyroid gland is unable to produce the required amount of thyroid hormones to keep the body normally functioning. The thyroid gland is responsible for the growth, development, and numerous cellular processes in the body, and a reduction in the level of its hormones can severely affect the body's overall functioning.

According to a study, when ashwagandha is daily administered, its root extract stimulates the thyroid glands and increases the secretion of thyroid hormones.

Due to its ability to lower blood sugar levels, ashwagandha has been in use for a long time as a remedy for diabetes. According to several studies, the herb was able to bring down blood sugar levels during fasting and after meals.

Ashwagandha has been widely used since ancient times due to its aphrodisiac properties, which help enhance fertility and vitality in individuals. According to several studies, ashwagandha has the ability to support sexual strength and vitality by increasing blood flow and reducing tension in the body.

Although this herb is usually taken by men to enhance their libido, it is also recommended as a natural remedy for erectile dysfunction. In addition, men who took the herb to relieve stress experienced an increased antioxidant level and significantly raised their sperm quality.

Numerous scientific studies have proven that ashwagandha supplementation has the ability to significantly increase muscle mass and strength. The herb is highly beneficial when it comes to improving muscular strength of the lower limbs. It also has a positive impact on neuromuscular coordination.

It has been used for centuries as a general body tonic, which promotes health and strength in individuals. Ashwagandha is also a constituent of Chyawanprash, which is an Ayurvedic formulation used to boost the immune system. In several studies, this herb was proven to increase muscle mass, strength, and reduce body fat in men.

Thanks to its rejuvenating properties, ashwagandha is an effective treatment for insomnia. Its ability to reduce stress and calm the nervous system help get rid of sleeplessness.

Traditionally, this herb is used in its powdered form mixed with honey and warm milk for the treatment of insomnia. This remedy is highly effective in regulating the sleep and wake cycles of an individual who has insomnia.

Although no studies have been conducted on human subjects yet, the effect of the herb on rats is an indication of its positive effects on humans and could be used to treat diseases such as anemia.

Ashwagandha possesses antibacterial properties that are effective in controlling bacterial infections in humans. According to numerous studies, when consumed orally, the herb was proven to be effective in the treatment of urogenital, gastrointestinal, and respiratory tract infections.

Studies have proven the presence of anticonvulsant properties in ashwagandha. This herb has been widely used as a treatment for seizures and convulsions.

Ashwagandha has been traditionally used to boost memory. It can improve brain function, reaction times, and the ability to perform tasks. According to numerous studies conducted on animals, ashwagandha has shown to reduce memory and brain function problems, which developed as a result of injury or disease in humans. The data obtained from the studies indicated the herb's potential to suppress acute effects of sleep loss as well as learning or memory impairment.

The African Journal of Traditional, Complementary, and Alternative Medicines also studied the effectiveness of this herb in slowing down or preventing the loss of brain function in people diagnosed with diseases such as Huntington’s, Alzheimer’s, and Parkinson’s. Upon the progress of these diseases, the parts of the brain and its connective paths become damaged, leading to memory loss. According to research, when administered to rats and mice during the early stages of the disease, it was able to provide protection against memory and function loss.

Ashwagandha is also proven to have several beauty benefits. Its antioxidant properties help protect the skin by reducing wrinkles and significantly slowing down the aging process.

Ashwagandha is generally considered safe in small to medium doses. However, in certain cases, it can also have side effects.

More from FindATopDoc on Ashwagandha 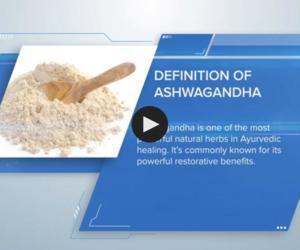 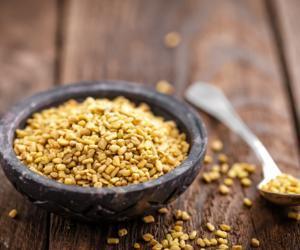 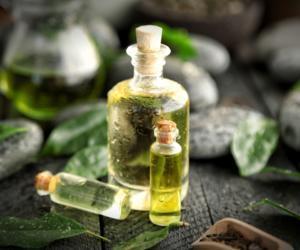 The Health Benefits of Cinnamon