Breast cancer draws a lot of publicity and attention, and when many think of breast cancer, they are likely thinking of women. This makes sense because “breast” is typically a female word, and every year there are tons of breast cancer awareness campaigns that revolve around women and are drowning in the color pink. This focus on females is probably due to the fact that less than 1 percent of all breast cancers develop in men, but that does not mean that it should not be discussed, because every life counts. Since most people think that breast cancer only affects women, more awareness about male breast cancer is crucial.

About breast cancer in men

The American Cancer Society (ACS) states that in 2017, approximately 2,470 new cases of invasive breast cancer in men will be diagnosed and 460 men will die from breast cancer. Awareness and screening could change these statistics. 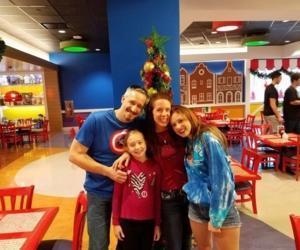 Though they do not have as many as women do, men still have structures called “ducts” in their breasts. These ducts can undergo cancerous changes in both women and men. The lymphatic system that filters waste is how cancer spreads. There are many lymph nodes located in and around breast tissue in both men and women, creating a passageway for cancer cells to spread from the breast tissue to other parts of the body.

Is it cancer or something else?

There are some conditions that involve male breast tissue that, while alarming or disturbing, are not actually breast cancers. Gynecomastia is one such condition. Gynecomastia is an increase in the breast tissue. This is more common in adolescent males and can be felt as a button or disk under the nipple and in some cases, is even visible. This condition is much more common than breast cancer in men, but can feel similar to breast cancer. This is one reason why it is always important to have abnormalities checked. Gynecomastia is caused by disruptions in the hormone balance in men. Sometimes this is due to diseases of the endocrine glands, genetic conditions, or side effects from medications.

There are also benign breast tumors. Again, it is important to have any abnormality evaluated, but things like fibroadenomas or papillomas do not spread outside of the breast and are not life-threatening. These are much less common in men as compared to women.

Even though breast cancer in men is rare, it is still important that people are aware of it so that they can have a chance to prevent and/or fight it. A recent article sought to inform the public about breast cancer in men and encourage them to get screening done. Mark Spark Welch started an organization to support men dealing with breast cancer. He was motivated to start the organization when both his wife Vanessa and his father-in-law Arnaldo found out that they had breast cancer. The two of them battled it together, going through chemo and radiation at the same time.

The experience revealed that after finishing treatment, his wife had support from endless organizations while her father had almost no support. He had no one to talk to and there were no support groups for men with breast cancer. He became depressed. When Mark and his wife talked about this lack of support, they decided that they needed to do something.

The organization has a network of healthcare providers in various states. They also offer education on where men who have been diagnosed should go, what men should be looking for, and how they should check themselves. They hand out step by step booklets on what to do after diagnosis. Additionally, they raise funds for the education process and families who may be struggling financially. This can help alleviate some of the stress that is placed on families who are affected by male breast cancer. The foundation also has a Facebook chat group that is private and provides men with the opportunity to talk with other people who may be going through the same thing.

The number of female breast cancer survivors have been steadily increasing. This is in large part due to the increase in awareness and screening methods that make early diagnosis possible. Men do not get breast screening at their annual check-ups like women do, so early diagnosis is less common. Providers should start the conversation with their male patients, making them aware of the facts, and informing them that screening and following up on any abnormalities is important for them, too. For male breast cancer, this increase in awareness and screening could have the same effect of survivorship. Additionally, men are a bit apprehensive to talk about male breast cancer. A lot of this is likely due to stigma, something that awareness could change. Luckily, it seems like society is listening. While there is still a lot of work to be done, the third week in October (breast cancer awareness month) has been dedicated to male breast cancer.

So, what are the risk factors for men? A lot of them mirror those of other cancer types. Having a close female relative who has breast cancer is a risk factor for both men and women and may be an indicator that family members should be tested for genetic mutations. One out of five men diagnosed with breast cancer will also have a close family member who has breast cancer. The risk of male breast cancer also increases with age. According to the ACS, men are on average 68 years old when they are diagnosed. Having a genetic mutation associated with cancer is another risk factor. Men with the BRCA2 mutation have a lifetime risk of about 6 in 100 while men with the BRCA1 mutation have a lifetime risk of about 1 in 100. There are other genetic mutations that can increase the risk of breast cancer as well. If you are going for genetic testing, talk with your provider about the possibility of a comprehensive cancer panel that will look at many different genes associated with cancers. There are a few studies that have shown that the genetic condition called Klinefelter’s syndrome is associated with an increased risk of male breast cancer, however more research is still needed. There are other risk factors that can be looked at in more detail on the ACS website. Some of these are excessive alcohol intake, liver disease, estrogen treatment, testicular conditions, and certain occupations.

All men should work to educate themselves about male breast cancer. Talking about it is the first step towards raising awareness and destigmatizing the disease. If you have questions, do not be afraid to chat with your provider. It is his or her job to make sure that you are empowered to care for your health.

Mother and Daughter Both Diagnosed with Breast Cancer:... 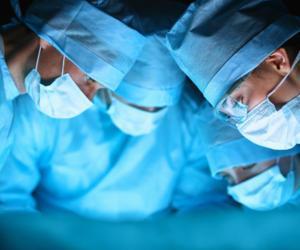 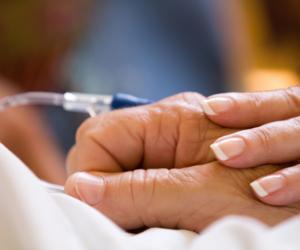 'Chemo Brain' Is a Big Problem, According to Breast... 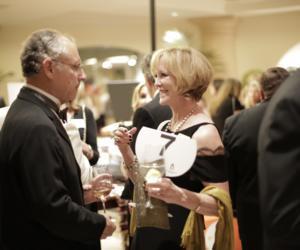 Minimal Side Effects with New Class of Breast Cancer Drugs