The Avant-punk group Bug Prentice has a member of the band who is very unique. He is a guitarist, singer, and songwriter in Oxford, and he also has muscular dystrophy. He uses a wheelchair and still plays the guitar. Instead of standing with his guitar strapped to his waist, Ally Craig lays his guitar on his lap and presses the strings to make music. For him, it’s almost like piano-playing only with strings.

Ally can play other instruments. He learned the tenor horn and keyboard when he was only nine years old, and he uses all types of instruments to write songs.

Ally played with a band in secondary school, but they soon separated and went to different universities. Ally did not pursue a music degree, but he continued to make music for his career. He played solo for a few years and then formed Bug Prentice.

Ally has had many difficulties when trying to play in different venues. In Oxford, a number of the places he wanted to share his music were shut off to him because he is in a wheelchair. “There are lots of little venues in basements or up steep flight of stairs – awkward to access even if you don’t have mobility problems!”

Ally is on a crusade to make these areas accessible. He claims that they can be friendly to those in a wheelchair by just adding a ramp or a doorbell to ring if you need assistance. He works with Attitude is Everything, a charity that strives to make music more accessible to disabled musicians.

Ally has turned his passion into a career. He knows that future potential musicians with disabilities can do what he does and do it well if they only have access. He wants to write music, play music, and inspire others to follow their dreams.

Ally Craig sums up his life and music beautifully, “If you want to be creative, you can find a way. Use any instruments, technology, or bric-a-brac available to you. If you can’t play an instrument in the conventional way, try an unconventional way. Experiment. Collaborate with like-minded people. If you’re just starting out, it might (probably will) sound bad. But do it anyway, for the sheer enjoyment of doing it. And the more you do it, the better you’ll get.”

Todd is a musician who was influenced by Prince, David Bowie, Billy Joel, Led Zeppelin, and U2. He plays instruments like the drums to the piano. He could play these instruments by the time he was 15. “I couldn’t do things like sports, and all the other crazy athletic stuff that a lot of other people do in school, so the arts were really my outlet,” he says. “I turned to music especially, because you know with music you don’t have to have big muscles or be ‘crazy athletic.’ The only muscle you really need is your heart.”

Todd was born with muscular dystrophy, but like Ally, Todd doesn't allow the disease to define who he is. He always wanted to be a songwriter, and always felt that music was a place to contribute and be yourself. He joined several cover bands and played in bars. Gilbert made many different attempts at making music by himself, but he just seemed to lose himself.

Todd played the cover band bar circuit for 16 years, but when he turned 34 he felt burned out, not contributing, and he quit playing altogether.

His next career was a very different path. Todd turned to professional wrestling. To Todd, wrestling was entertaining, fun and it triggered inspiration. He kept producing and writing music, but without deadlines and pressure. Wrestling allowed Todd to let inspiration flow out instead of him trying to make inspiration come to him.

Gilbert kept writing music and producing until he had enough material to start putting an album together. He finally realized he had something to say and decided that his youth was fleeting so now was the time to get serious at music.

Todd does not try and hide his muscular dystrophy. In fact, he says, “It’s not something you can really hide.” Todd hopes that his audiences and fans see that he is someone who doesn't let disabilities or muscular dystrophy rule his life. He has so much to say and feel. Todd acknowledges that there are complications. It is difficult or impossible to climb a flight of stairs and get into some studios.

Todd’s purpose is much like Ally’s. He just wants people to see that they can do anything if they put their mind to it. Do what makes you joyful rather than what other people think you should do.

What Muscular Dystrophy Does To Your Body

Muscular dystrophy is a group of diseases that make your muscles weaker and less flexible over time. Abnormal genes or mutations restrict the production of proteins needed to form healthy muscles. The disease starts early in childhood for some people like Todd and Ally, and other affected with MD don't feel the effects until they are adults. Muscular dystrophy occurs mostly in boys, and girls are usually the carriers of the diseases.

Many treatments are available to help you keep your muscles useful, and research is ongoing to find ways to help even more. It is essential to get the support and treatment you need and to do what you can to keep your mind flexible.

The prediction for those with MD differs according to the type of your disorder. Some types of MD are mild and progress slowly over a standard lifespan, while other types cause functional disability, severe muscle weakness, and the loss of mobility within a matter of years. There are children with MD who while they are tiny infants while others live with various forms of the disease.

Right now, there is no cure for the disease. There are many treatments that can improve symptoms and make life a bit easier. Physical and occupational therapy teaches you how to make the most out of what your muscles can do. Medicines can ease symptoms. Antiseizure drugs reduce muscle spasms, and immunosuppressants are available that delay damage to dying muscle cells. Antibiotics can be prescribed to fight respiratory infections.

Be inspired by Ally and Todd and realize that the best therapy for muscular dystrophy, however, is yourself. As Todd Gilbert says, “the only muscle you really need is your heart.” 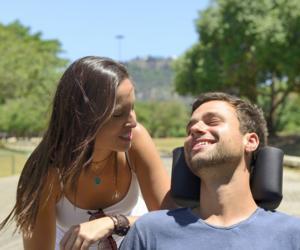 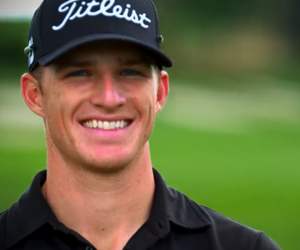 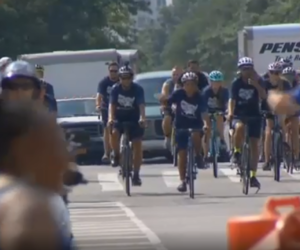 Comedian with Muscular Dystrophy Raises Awareness One Joke at a Time