High blood sugar, blood flow problems, and diabetic ketoacidosis are just a few issues that diabetic patients need to keep in mind when managing their illness. But, this list continues to grow as we learn more about the disease.

It was recently discovered that those who are struggling with this disease are also at higher risk of suffering from stroke, which only serves to add another worry to the ever-increasing list of complications that these patients are exposed to. 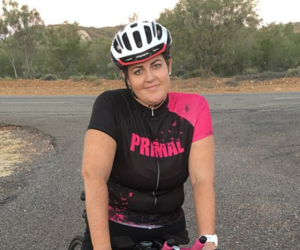 Diabetes can be both an autoimmune disease, as well as a metabolic disorder in both type 1 and type 2, respectively. Despite large differences in the disease, they both revolve around similar symptoms. In the prediabetic stage, patients at risk of developing the disease usually report increased thirst, hunger, and frequent urination. Other important signs consist of dizziness, blurry vision, nausea, and lightheadedness. All of these symptoms, in turn, are caused by the consistently elevated blood sugar levels that these individuals manifest due to their disease, and will only worsen if left unchecked.

Type 1 diabetes is, as was mentioned above, an autoimmune disease caused by the body’s own immune system developing antibodies against the pancreatic islets, which are the structures charged with the vast majority of insulin production. Meanwhile, type 2 diabetes is caused by an overexertion of said islets, mainly due to the person leading a sedentary lifestyle, coupled with high consumption of sugary treats and carbohydrates. In both cases the result is the same: the islets lose most of their insulin production capacity, and the person’s blood sugar levels skyrocket as there is not enough of the vital hormone.

While type 1 diabetes usually manifests early in the person’s life (since it is a genetic and hereditary disorder), its type 2 counterpart can be developed at any point in life, frequently in the person’s senior years. However, as access to sugary sweets and highly-processed foods, as well as passive entertainment and hobbies, become more commonplace in future generations, it is estimated that the disease will become more frequent in younger individuals.

Unfortunately, those who suffer from type 1 diabetes have to rely on insulin injections in order to address the insulin shortage caused by their disease, which prevents them from processing glucose, and to allow them to coexist with their condition. Since diabetes is still currently incurable, patients who depend on insulin injections must learn to self-administer their doses, which are usually 2 to 5 daily injections, for the rest of their lives.

On the other hand, those who suffer from type 2 diabetes don’t necessarily depend on insulin injections, though they must radically modify their lifestyle in order to accommodate their disease and to keep blood sugar levels in check. Frequently, these patients can maintain their condition in check by following a healthy lifestyle, and may even entirely counteract its symptoms in this manner, to the point of returning to full health without requiring medication.

Nevertheless, if left unchecked, diabetes has a number of complications, the most important of which is the person’s death by diabetic ketoacidosis, which is essentially poisoning by excess glucose in the blood since the cells are unable to receive the substance in order to transform it into the energy necessary for their functions. Consequently, cells turn to fat in the muscles in order to receive energy, and the glucose remains in the bloodstream, causing poisoning and death if left unchecked. Additionally, recent studies have discovered a new risk to which diabetes patients are constantly exposed to: the risk of suffering a stroke.

If a cardiac attack is caused by a sudden and abrupt stop of blood flow to the heart due to a blocked artery, a stroke is essentially the same, with the main difference being that it happens to the brain. Diabetic patients are at higher risk of suffering from strokes than regular patients for several reasons. For starters, type 2 diabetes patients are more likely to develop atherosclerosis, a disease characterized by a hardening of the arteries, which makes them more prone to blocking, especially in overweight or obese individuals.

Diabetic patients tend to suffer from damage to the blood vessels in the long term, which can negatively impact blood flow to several organs, including the brain.

Just like with heart attacks, certain habits can increase the possibility of suffering from strokes, such as cigarette smoking and the adoption of a sedentary lifestyle. Other risk factors may include having a history of stroke in the family, sharing a comorbidity with sickle cell disease, heart failure, arrhythmia, or having a history of heart attacks. Americans with Latin or African-American heritage, as well as those of senior age, have a much higher risk of suffering a stroke. Lastly, gender also plays an important role in stroke incidence, as women are more than twice as likely of suffering from them than men.

To the untrained eye, strokes can seemingly appear at random, and while it certainly is difficult to predict exactly when one of these emergencies will surface, there are a number of measures that anyone can adopt in order to reduce the possibility of falling victim to these events. For instance, keeping healthy blood pressure levels is paramount to preventing strokes as well as heart attacks. In fact, high blood pressure is the single most important element which may lead to cardiac attack and stroke in type 2 diabetic patients. Adopting an active lifestyle, with regular exercise habits can also help tremendously in preventing strokes. Other positive changes that can help to decrease the likelihood of suffering strokes are losing weight (if overweight), and getting enough sleep every night; fatigue and stress are also known to cause severe detriments to the patient’s health.

It’s important to note that if anyone feels that they are at risk of suffering from a clinical emergency such as a heart attack or a stroke, they must seek medical assistance immediately. A stroke can come about suddenly and without warning. However, its most common symptoms include a sudden weakness and numbness in the face, arms, or legs, focused entirely on one side of the body, loss of vision in one or both eyes, loss of speech or having trouble understanding, dizziness, sudden falls, or a severe and sudden headache with no explanation.

If the patient is experiencing any of these symptoms and suspects that their life is at risk in any way, they should immediately seek medical help. 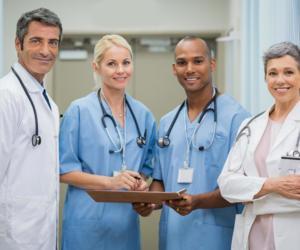 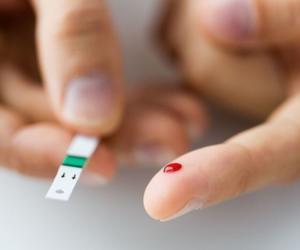 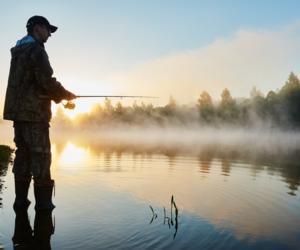 The Gender Gap in Handling Stress and Diabetes

The Complications from Diabetes