Are there any natural treatments for chronic tonsillitis?

Have a question aboutDigoxin?Ask a doctor now

Digoxin is derived from the digitalis plant leaves. It helps in making the heartbeat stronger along with a more regular rhythm pattern. Digoxin is mostly used for treating individuals who suffer from heart failure. Apart from this, it is also used for the treatment of atrial fibrillation, which is a heart rhythm disorder of the atria. It is the upper chambers of the heart that allow the blood to flow into the heart. Digoxin belongs to the cardiac glycoside class of medications.

Digoxin is known to increase the strength as well as the efficiency of heart contractions. It leads to an increase in the force of contraction of the heart muscles by preventing the activity of the enzyme called ATPase. It is known to control the movement of various minerals such as potassium, calcium, and sodium into the muscles of the heart.

The mineral calcium is known for controlling the force of contractions. By preventing the enzyme ATPase, it helps in increasing the calcium present in the heart muscles, thereby increasing the heart's contractility. Digoxin is also known to slow down the electrical conduction between the heart ventricles and the atria, thus making it useful in the treatment of abnormally rapid atrial rhythm such as atrial flutter, atrial tachycardia, and atrial fibrillation.

Digoxin is available in both generic and brand-name drugs.

Certain things must be considered before taking digoxin. Inform the doctor if you have any of the following conditions:

In case of the liquid solution of the medicine, check the dose with the help of a dosing syringe, which is provided with the medicine. You can also use a measuring spoon to measure the medicine before taking it. During the course of treatment with digoxin, the doctor would at regular intervals check the functioning of the kidneys and also carry out blood tests.

Even if you feel fine, continue taking the medicine. Do not abruptly stop this medicine to avoid withdrawal symptoms. Store the medicine at room temperature and away from sunlight, heat, and moisture.

If you missed a dose, then make sure to take it as soon as you remember. However, if it is already time for the next dose, then skip the missed dose. Avoid taking an extra dose to avoid overdosing. During the course of treatment, always stay hydrated.

Digoxin can be taken with or without food. Individuals with kidney problems must take a lower dose of the drug. In most cases, the starting dose of digoxin is 0.063 mg to 0.25 mg. The dosage also depends on the age of the patients and the functioning of their kidneys. The doctor can adjust the dose every two weeks to achieve the desired results. In case of a maintenance dose, it can be in the range of 0.125 mg to 0.5 mg daily.

In case of tablets, the dose can range between 500 mcg to 750 mcg. This can produce an effect within half an hour to two hours wherein the maximum effect can be seen within two to six hours after taking the medicine. Based on the doctor’s assessment, additional doses ranging between 125 mcg to 375 mcg can be given at an interval of six to eight hours. For patients weighing 70 kg, the usual amount of digoxin is 8 to 12 mcg per kg. Peak body stores is 750 mcg to 1,250 mcg.

In case of capsules, the dose can range between 400 mcg to 600 mcg. This can produce an effect within half an hour to two hours wherein the maximum effect can be seen within two to six hours after taking the medicine. Based on the doctor’s assessment, additional doses ranging between 100 mcg to 300 mcg can be given at an interval of six to eight hours. For patients weighing 70 kg, the usual amount of digoxin tablet that would need to be achieved is 8 to 12 mcg per kg. Peak body stores is 600 mcg to 1,000 mcg.

In case of injections, the dose can range between 400 mcg to 600 mcg. This can produce an effect within 5 to 30 minutes, wherein the maximum effect can be seen within one to four hours after taking the medicine. Based on the doctor’s assessment, additional doses ranging between 100 mcg to 300 mcg can be given at an interval of six to eight hours. For patients weighing 70 kg, the usual amount of digoxin tablet that would need to be achieved is 8 to 12 mcg per kg. Peak body stores is 600 to 1,000 mcg. Usually, doctors initially use the injectable route and later switch to digoxin capsules and tablets as part of the maintenance therapy.

In case of a maintenance dose, the digoxin dose can range between 125 mcg to 500 mcg. In most studies, the digoxin dose has often been titrated as per the patient’s body weight, age, and the functioning of the renal system. The therapies are mostly initiated at a dose of 250 mcg to be taken once a day for patients who are below the age of 70 years old and have a good renal function.

Avoid giving a full total digitalizing dose at once. Doses must be divided into several portions. On a roughly basis, half of the total medicine is the first dose. The additional fractions of the dose can be given at an interval of six to eight hours. In case of children and infants, it is recommended to divide the daily dose, mostly those who are below 10 years old.

The common side effects of digoxin are diarrhea, dizziness, feeling weak, fatigue, nausea, an enlarged breast in men, anxiety attacks, headache, mild skin rashes, and depression. These side effects are mostly mild and tend to go away in a couple of days. However, if they persist or tend to worsen, consult a doctor right away.

The serious side effects of digoxin are:

The serious side effects of digoxin are mostly seen among the elderly, those who are ill, or have an impaired immune system.

Patients who are taking digoxin and have low potassium levels in their body tend to develop digoxin toxicity even when the levels of this medicine are not raised. In a similar manner, low levels of magnesium in the blood and high levels of calcium can lead to an increase in digoxin toxicity leading to a serious form of heart rhythm disturbances.

Lanoxin is used for the treatment of heart failure and is usually provided along with other medications. Lanoxin is also used for the treatment of other heart problems such as irregularity in heartbeat, which is known as atrial fibrillation. If heart failure is treated in a timely manner, then it can lead to maintaining the ability to walk and exercise, thereby causing an improvement in the strength of the heart. If irregular heartbeats are treated, then it can lower one's risk of having blood clots.

Lanoxin can be taken orally either with or without food. This medicine is mostly taken once a day or as directed by the doctor. If you are taking the liquid form, make sure to properly measure the dose. There can be cases that the body would find it difficult to absorb this medicine if you consume foods that are high in fiber or any other medications.

Hence, it is ideal to take this medicine either two hours before meals or two hours after meals. If you are taking certain medications such as psyllium, cholestyramine, and colestipol, then it is better to wait at least two hours before or after the medicine. If you need to take antacids such as milk of magnesia, sulfasalazine, kaolin-pectin, or metoclopramide, make sure to take them as far apart as possible from the digoxin dose.

Covid-19 when are you sleeping too much?

How is a forehead lift done?

More from FindATopDoc on Digoxin

Is walking good for preeclampsia? 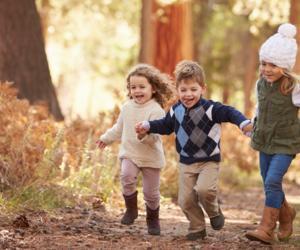 How long does it take to feel normal after anesthesia?