Duchenne muscular dystrophy is a rare genetic condition that affects one in 3500-5000 male children. It is a condition in which the muscles fail to produce enough dystrophin due to a genetic defect; dystrophin is essential to protect muscles from wear and tear. The deficit of dystrophin causes physical disability, a progressive weakening of pulmonary function (weakening of the diaphragm), weakening of the heart, and reduced life expectancy.

This form of dystrophy was first described in detail by the French neurologist named Guillaume Duchenne in 1968. While there is intensive research in this area, no effective cure has been found since its discovery. However, in 2016, one of the first breakthroughs was achieved when Exondys 51 became the first drug to be approved by the FDA for treatment of Duchenne muscular dystrophy. 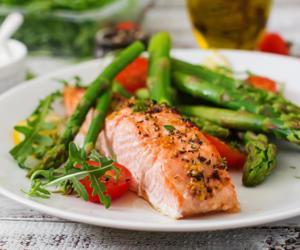 Have a question aboutCoping with Muscular Dystrophy?Ask a doctor now

Though it is no magic pill, as it would help only a bit (which is still significant) in just the cases where there is a deletion in Exon 51. The deletion of Exon 51 is present in approximately 13-20 percent cases of Duchenne in various countries.

Exondys 51: the first drug to be ever approved by FDA for Duchenne

Exondys 51 became the first ever drug approved by the FDA, through the special fast-track approval process. This kind of approval is given for drugs that have shown much better effects than any other preexisting therapies, mainly if the drug is targeting a rare disease. These drugs are also called orphan drugs. Exondys 51 is also known as Eteplirsen.

For the healthy existence of muscles, there is need of a protein called dystrophin. In humans, their DNA contains all the information regarding the production of various structural proteins. DNA is then translated to RNA in the cells, and RNA is responsible for the translation of information into proteins. RNA is a long chain within formation on how to create the protein. Any deletion or defect in the RNA results in the failure to produce the particular protein. In DMD, small parts of RNA called exons are deleted (due to a genetic error), thus resulting in “misalignment” of information and failure to produce dystrophin.

Exondys 51 helps to “realign” the RNA when the reason for misalignment is the deletion of exon 51 of RNA. Statistics indicate that this type of defect is present in 13-20 percent of cases of Duchenne.

Although Exondys 51 is not highly efficient, it only helps to improve the concentration of dystrophin in muscles slightly, only if taken over a long period of time. However, till date, it is the only drug that has such capabilities, which is why it got the fast track approval from the FDA. Side effects with Exondys 51 are rare and more or less tolerable, usually limited to rashes, balance disturbances, and gastrointestinal disturbances.

Although Exondys 51 is FDA approved, due to fast-track approval, it is still not studied thoroughly.

Physical disability is common in Duchenne, however, more dangerous is the weakening of pulmonary and cardiac functionality. Now the researchers are exploring the benefits of using therapy with Exondys 51 in improving the functions of these vital organs.

Recently The Journal of Neuromuscular Diseases published the results of the study of possible effects of Exondys 51 on the pulmonary function, and the results are genuinely encouraging.

Two of the earlier phase-2 clinical trials with Exondys 51, called study 201 and follow-up trial called study 202, demonstrated that the drug was safe and well tolerated in patients. Although, the 48-week-long trial demonstrated that drug could increase the dystrophin up to 0.44 percent. However, the earlier trials did not explore all the clinical benefits related to the therapy with the drug.

As Duchenne muscular dystrophy progresses, almost all of the muscles are affected including the muscles of the diaphragm and the heart. These two muscle groups are of particular interest for researchers as they lead to the fatal outcomes in the long run.

An investigation team led by Thomas B. Kinane, MD, Division of Pediatric Pulmonary, Massachusetts General Hospital for Children, Harvard Medical School, studied the impact of long-term therapy with Exondys 51 on the pulmonary function.

They compared the data of 12 patients with Duchenne muscular dystrophy who participated in studies 201 and 202 and were treated with Exondys 51, with other patients having a similar disease and demographic characteristics. In the trial, patients received 30 mg per kg or 50 mg per kg of Exondys 51 through an intravenous route.

Their comparative analysis demonstrated that those who were treated with Exondys 51 has a significantly better pulmonary function in comparison to those who did not receive the drug.

They compared the forced vital capacity (FVC%p), one of the standard tests used to assess the pulmonary function, of those treated with Exondys 51, with the data of those who did not receive the treatment with the drug. Patients who took part in the trial were aged 7 to 15, and the control group also belonged to the similar age group. Their comparison demonstrated that in Exondys 51 treated group, an annual decline of FVC%p was 2.8 percent, whereas in untreated control group decline in the same period was 4.1 percent. This is a statistically significant difference.

Patients treated with Exondys 51, during the trial 201 and 202, have far less deterioration of pulmonary function than it was expected in the participants. In fact, the trial demonstrated that Exondys 51 had a positive effect on all the parameters of the pulmonary function in those with Duchenne muscular dystrophy.

Therefore, it could be concluded that a little, but significant benefit, is achieved in preserving pulmonary function with Exondys 51. Certainly, there is a need for a further large-scale trial to confirm the benefits of the drug, not only for the lungs but also in other vital bodily functions. However, this study definitely has shown promise, and we are excited to learn more about the benefits that Exondys 51 holds for patients in the future.

More from FindATopDoc on Coping with Muscular Dystrophy 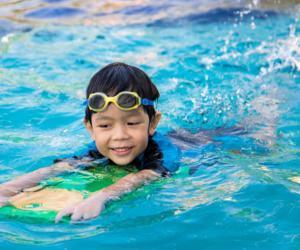 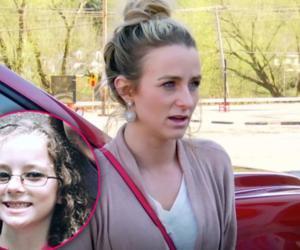 CureDuchenne Is Highlighted at the Annual Rare Disease Competition