Bedbugs are insects that usually live in beds and feed on human blood. Aside from mattresses, bedbugs can also survive on other surfaces and spaces, such as rugs or carpets, dressers, luggage, sheets, sofas, or couches. Among the different bedbug species, Cimex hemipterus and Cimex lectularius are the leading types when it comes to human infestations.

Other places where bedbugs live include rooms where people work, live or study, especially if these spaces are often cluttered without regular cleaning: 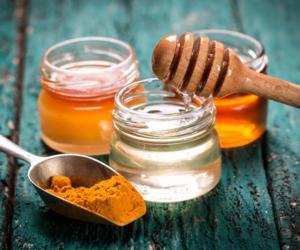 A bedbug bite is identified as a bumpy and itchy rash. Their bites cause a dermatological reaction as well as rare serious reactions, which include symptoms of anemia and allergies. Although bedbugs are not known to transmit pathogenic microorganisms, you should definitely stay away from them to avoid having itchy rashes, which may cause psychological distress.

What do bedbug bites look on the skin?

Bedbug bites are often found on the parts of the body, which are more likely to be exposed to bedbugs while sleeping. Bites are commonly seen in the neck, face, hands, shoulders, arms, and legs. In some cases, bedbug bites may be grouped in a particular area and form a zigzag or linear pattern. The bites often look as small, raised areas that are itchy and red, which may become inflamed or blistered. After being bitten by bedbugs, the symptoms may not appear right away. Instead, it may take a few days for the reactions to appear. However, bedbug bite reactions may vary among people.

To effectively get rid of all traces of bedbugs at home, the initial step is to locate the area of infestation. Even though bedbugs are often found in bedrooms, they can also live in other spaces where people and pets sleep. After knowing the source of the problem, you can use the following home remedies to naturally eliminate bedbugs.

Aside from washing all linens, fabrics, mattress covers, etc. using the hottest setting possible, bedbug infestation can also be eliminated by vacuuming everything. When cleaning, ensure to vacuum soft furnishings (furniture coverings, curtains, and other things that are made of cloth), chairs, carpets, and mattresses and their encasements.

Bedbugs are able to hide anywhere, including obscure places, upholstered furniture, and even electric appliances. For this reason, thoroughly vacuum all rooms in the house at least once on a weekly basis. After vacuuming, make sure that you properly dispose of the vacuum bag outside the house.

Diatomaceous earth (DE) is a natural product made from the fossilized remains of minute aquatic organisms, which are called diatoms. These organisms have skeletons that are made of silica (a natural substance). Diatoms accumulate in the sediment of oceans, lakes, rivers, and streams over a long period of time. Deposits of silica are usually mined from these areas.

Silica is approximately 26 percent of the earth's crust according to weight. It is very common and has various forms, which include asbestos, clay, emerald, feldspar, glass, mica, sand, and quartz. A component of silica called silicon does not naturally exist in its purest form. It reacts with water and oxygen to yield silicon dioxide. The two naturally occurring forms of silicon dioxide are amorphous and crystalline. Most diatomaceous earth is made of the amorphous form, although the crystalline form of silicon dioxide may be present in very low levels.

In 1960, pesticide products that contain silicon dioxide or diatomaceous earth were registered for the elimination of mites and other insects. Diatomaceous earth can get rid of bedbugs by dehydrating them since DE possesses properties that can absorb the insects' oils and fats.

You can use DE by applying it to the area of infestation. After DE application, you will eventually observe dead bedbugs that can be easily vacuumed away. Although the results are gradually achieved, which could take as long as 10 days, using DE has a mortality rate of more than 90 percent. DE is also easy to apply into cracks and crevices, which can be difficult to get into.

Baking soda can also dry out bedbugs since it absorbs moisture, which ultimately leads to their death. You can spread a light layer of baking soda on the infested areas and other spaces where you think bedbugs may have thrived. Some of the areas are walls, corners, and doorways.

Leave the baking soda on infested areas for seven days. After a week, use a vacuum cleaner to suck up all of the baking soda. Repeat this process several times to effectively eliminate a bedbug infestation.

Tea tree oil possesses antibacterial, antiviral, antifungal, and antiseptic properties. Aside from inhibiting different types of infections, tea tree oil can also be used to get rid of insects, such as bedbugs because of its antiparasitic properties.

To use tea tree oil on a mild bedbug infestation, add 20 drops of pure tea tree oil in a spray bottle and dilute it with water. Use this mixture to thoroughly spray on infested areas or furnishings, such as:

You can also wash fabrics and linens using the hottest setting possible. Follow this process once every seven days until the infestation is completely eliminated.

Peppermint leaves can also be used for the same reasons above. The oil contained in these leaves has potent repellent properties toward insects.

To use peppermint leaves, you will need a cup of dried and crushed peppermint leaves. Spread these crushed leaves around the affected areas. If you have more infested areas, you may need around 2-3 cups of the leaves. Repeat this application once every week until the infestation is gone.

Black walnut tea is also a natural remedy to effectively get rid of bedbugs due to its insecticidal, antibacterial, antifungal, and repellent properties. To use black walnut tea, you can place used tea bags in strategic locations in your home, such as mattresses, beddings and all nooks and corners to eliminate bedbugs and their eggs.

Can bed bugs cause an allergic reaction?

Are there natural ways to treat varicose veins?

More from FindATopDoc on bed bugs

How do I prevent bed bugs? 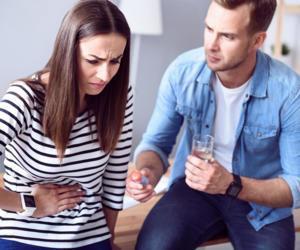 Are there any herbs that can treat anxiety?

Are there any home remedies to treat loose bowel movements in a toddler?