Saphris is an atypical antipsychotic used for the treatment of schizophrenia and bipolar disorder in both adults and children ages 10 years old and above. The drug's exact mechanism of action is still unknown. However, it is believed that like other antipsychotics, it interferes with the communication of nerve cells, thereby affecting how the brain works.

Normally, nerve cells produce and release chemicals called neurotransmitters that communicate with each other. Every neurotransmitter attaches to receptors on the surface of other neurons. Thus, the function of the nearby nerves is either stimulated or inhibited by the attachment of neurotransmitters. Saphris works by blocking several nerve receptors, which include serotonin type 2, dopamine type 2, and alpha-2 adrenergic receptors. Many psychotic disorders are caused by an abnormal communication among nerve cells, and by altering such faulty communication through neurotransmitters, Saphris can help alter a person's psychotic state. Saphris is a brand name for asenapine, which was FDA-approved in August 2009.

Can I take 10mg of Saphris with 50 mg of Benadryl?

Have a question aboutSaphris?Ask a doctor now

Saphris was developed by Schering-Plough after it merged with Organon International. Saphris is a sublingual tablet that belongs to the class dibenzo-oxepino pyrrole. It is also used "off-label" for soldiers with nightmares due to posttraumatic stress disorder (PTSD).

How long does it take for Saphris to work?

It is very important that you discuss with the doctor about how you feel during the first few weeks after taking Saphris. It usually takes several weeks to see a big change or difference. Generally speaking, individuals with schizophrenia take lifelong antipsychotic medications. For this reason, the duration of treatment can be best discussed with a doctor.

Certain symptoms such as hallucinations, delusions, and disorganized thinking tend to improve within 1-2 weeks of treatment. However, sometimes, these symptoms do not completely go away. The symptoms usually continue to get better the longer you take the medication. It may take a period of 2-3 months for Saphris to take complete effect.

Saphris is used for the treatment of schizoaffective disorders, schizophrenia, manic disorders, and bipolar disorder. It can also be used as a single drug or in combination with other drugs.

Saphris is a serotonin, noradrenaline, dopamine, and histamine antagonist. With serotonin receptors, Saphris possesses more potent activity than dopamine. Its antagonist activity at histamine receptors is associated with sedation in patients. The up-regulation of D1 receptors is associated with lower incidence of extrapyramidal effects. The dose-dependent effects in the brain on the glutamate transmission determines its up-regulation.

With cholinergic receptors, muscarinic receptors do not have any significant activity. Hence, it is observed that certain side effects, such as constipation or dry mouth, are not expected.

There are some side effects associated with this drug. Its side effects include headaches, drowsiness, and dizziness. Other side effects are insomnia, fatigue, feeling restless, dry mouth, tremors, joint pain, stiffness, and a shuffling walk.

Its less common side effect is neuroleptic malignant syndrome (NMS), which is a rare but fatal condition. This condition occurs due to the use of antipsychotics and must be treated in the hospital. It causes high fever, severe muscle stiffness, sweating, confusion, high blood pressure, loss of consciousness, rapid heartbeat, and breathing problems. The side effects that are less common can be very serious ones.

Other extrapyramidal side effects are dystonia, akathisia, and pseudoparkinsonism. In dystonia, a person experiences painful spasms of the neck, throat, and oral muscles, which lead to difficulty swallowing and speaking along with having a stiff neck. Akathisia causes a feeling of restlessness or finding it difficult to sit still. In pseudoparkinsonism, the symptoms of Parkinson’s is induced by the drugs taken. If antipsychotics are used for a very long time, then it causes tardive dyskinesia, in which there are involuntary movements of the lips, tongue, face, jaw, and extremities.

Moreover, these drugs may cause changes in metabolism such as an increase in blood cholesterol, high blood sugar, and weight gain. The level of prolactin also increases. Prolactin stimulates the production of breast milk, and if the prolactin level is high, then it can cause milk to leak from the breast, abnormalities in the menstrual cycle, and erection problems in men.

The starting dose of Saphris for schizophrenia is 5 mg. This dose is taken by an adult every 12 hours. However, after one week, the dose can be increased to 10 mg every 12 hours. For treating bipolar disorder, the dose in every 12 hours is 5-10 mg. This drug is also available in the form of sublingual tablets, in which the tablet completely dissolves after placing it under the tongue. The tablet should not be swallowed. After taking the tablet, wait for 10 minutes before consuming any food or liquid.

Saphris can also lower a person's blood pressure, so drugs that are associated with orthostatic hypotension should be taken cautiously when taking Saphris. Paroxetine levels may also twice increase due to Saphris. If paroxetine is used along with Saphris, then the paroxetine dose should be reduced to half. The breakdown of Saphris in the liver can be reduced due to fluvoxamine. Thus, the level of Saphris may increase in the blood. In such cases, the dose of Saphris should be smaller.

There is a risk of extrapyramidal and withdrawal symptoms after birth if the fetus is exposed to these drugs during the later term of pregnancy. The symptoms that have been reported are hypotonia, hypertonia, depressed breathing, tremor, somnolence, agitation, and feeding disorder. Currently, there is no data on the use of Saphris during pregnancy. Only the condition of pregnant women is considered before suggesting these drugs. Saphris in breastfeeding women has not been evaluated yet.

Saphris works in the brain by mainly treating schizophrenia. It is also a second-generation antipsychotic. It improves thinking, behavior, and mood by rebalancing the levels of dopamine and serotonin. A person with schizophrenia experiences hallucinations, delusions, very little desire to be around people, poor motivation, difficulty speaking properly, and disorganized thinking. Some or all of these symptoms can be relieved with the help of Saphris.

The use of Saphris has been approved by the FDA for the following conditions:

Long-term treatment is required for schizophrenia. Hence, those who felt better after taking Saphris do not stop taking it. How long the medications should be taken can be best determined by your healthcare provider. The risk of relapsing symptoms can increase if a dose is missed. Do not stop taking this drug or change the drug's dose without your doctor's advice.

For the medication to properly work, take it according to your doctor's instructions. It is also important to inform your doctor if you are planning on becoming pregnant to help you best manage your medications. Women diagnosed with schizophrenia and want to become pregnant will have to face a tough decision. If the condition is left untreated, both the mother's life and her unborn baby are at risk. For this reason, the risks and benefits must be discussed with the doctor. Women who are taking Saphris should also avoid breastfeeding since it is still unknown whether the drug passes into the breast milk.

Discuss with your healthcare provider the following points:

How to Take the Drug

Saphris is taken twice a day. After taking the drug, do not drink or eat anything for 10 minutes. Initially, a low dose is recommended for patients. After several weeks, the dose can be increased. While you are taking this drug, avoid smoking, drinking alcohol, or using illegal drugs since the benefits can be reduced along with having an increased risk of adverse side effects.

Saphris has caused certain problems in some people, which include:

Will I have to be on anti-depressants throughout my...

Why are some elderly patients treated with antipsychotics?

More from FindATopDoc on Saphris 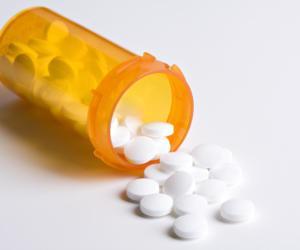 What Is Latuda Used For?

Do antipsychotic medicines cause weight gain?

Can I take 10mg of Saphris with 50 mg of Benadryl?

Do antipsychotic medicines cause weight gain?