Delusion is a mental illness characterized by a strong belief in something false or unreal. It is a kind of abnormality in the mental content. The belief is not supported by the person’s religious or cultural backdrop.

It is not accounted by his intelligence level too. The main feature of a delusion is that the person sustains the belief even when contrary evidence is provided. He/she may not have any doubt regarding the reality of the belief.

Thus a delusion has three properties -- certainty, incorrigibility, and impossibility. That is, the belief is unconditional, unshakable, and without a grain of doubt. A person having delusion for at least a month, but without any other psychotic symptoms, is known to have a delusional disorder.

Delusions can be categorized into different types:

Delusions can be bizarre or non-bizarre. Bizarre delusions are expressed in such a way as one’s actions and thoughts are manipulated by an alien or strange outside power or force.

It seems as if the person’s thoughts are removed and replaced by an external force. Non-bizarre delusions are more real when compared to bizarre ones. Being loved or followed by somebody, or deceived by one’s partner are all non-bizarre delusions.

Delusional disorder is less prevalent when compared other psychiatric disorders like schizophrenia or mood disorders. Men are more likely to develop delusions when compared to women.

Delusions are often difficult to treat, as the patients often deny that they have a problem. Symptomatic treatment through empathy and genuine concern is the best method to treat this condition.

Hospitalization is considered only if the delusions are a threat to others or for the patient himself. Antipsychotic and antidepressant medications are often suggested in the treatment of this condition. Supportive therapy is offered along with medications for better results.

What are the symptoms of depression?

The actual cause of delusion is still not known. Several factors including genetic, biological, and psychological factors are considered to be involved in the development of delusions.

Genetic – one of the theories states that people who have close family members with delusion have a higher chance of developing delusions. The familial relationship is seen with other psychological disorders like schizophrenia and personality disorder. Some studies show that certain genetic changes are associated with increased probability of developing delusions.

Biological factors – delusions are associated with many medical conditions. It is often found as a symptom of a neurological disorder like dementia, seizures, and head injuries. Problems of basal ganglia and temporal lobe are considered to be associated with the development of delusion.

Delusions are found to be more common among people with sensory problems like vision and hearing. People whose cognitive processing is affected may also develop delusions as they try to develop an illogical explanation for the happenings around them, particularly negative events in life. People with head trauma has an increased risk of developing delusions.

Psychological factors – Studies show that stress triggers delusions. Substance abuse is also known to lead to delusions in some people. Under difficult life situations or when self-esteem is challenged, these patients tend to develop delusion.

This is mostly seen in people who are already predisposed to delusional thinking. During challenging situations, these people blame external factors for the trouble and keep a positive opinion of oneself. People who tend to be isolated like immigrants are also more prone to develop delusions.

Some of the most common psychiatric disorders that develop delusions include delirium, dementia, and substance abuse, manic and depressive disorder, schizophrenia, hypochondriasis, body dysmorphic disorder and shared psychotic disorder.

Delusions are often found as a symptom of a neurological disorder like dementia or cerebral neoplasm. It is also associated with certain psychiatric conditions like schizophrenia or delusional disorder.

Delusions are also seen as a side effect of certain medications. Medical conditions associated with the development of delusions include disorders involving basal ganglia and limbic system.

Some common medical conditions include:

More than half of the patients with Huntington disease and idiopathic basal ganglia calcifications develop delusions at a later stage.

Diagnosis is based on complete medical history and physical examination. Diagnostic and Statistical Manual of Mental Disorders (DSM-IV) defines delusion as “A false belief based on incorrect inference about external reality that is firmly sustained despite what almost everyone else believes and despite what constitutes the inconvertible and obvious proof or evidence to the contrary”.

The doctor conducts a thorough physical examination and ensures that the belief, bizarre or non-bizarre, should not be occurring as a result of a medication. There should not be a history of schizophrenia to be diagnosed as being delusional.

Specially designed tests and interview tools are used to evaluate the person for psychotic disorder. Tests are suggested to rule out chances of other psychiatric disorders like schizophrenia, schizoaffective disorder, mania or depression.

Diagnosis of delusion is based on symptoms, and doctor’s observation about the patient’s attitude and behavior. Delusions and delusional disorder can be differentiated from paranoid schizophrenia with the help of accompanying schizophrenia symptoms like auditory hallucinations and disordered thoughts.

Persecutory delusions are seen in people with depression and paranoid personality disorder. This may be due to the sense of guilt that they have done something wrong for which they are being punished, or their inherent sense of distrust in other people.

Persecutory delusions are seen in patients with mania. Differential diagnosis of other medical conditions like systemic lupus erythematosus, dementia, and thyroid disorder are needed as these conditions also cause symptoms similar to delusions.

Medications and psychotherapy are the most common treatment methods used for delusions and delusional disorder. But it should be remembered that delusions cannot be treated with medications alone. Hospitalization is suggested only if delusions are a threat to the patient himself or for others.

Psychotherapy is a type of counseling in which a safe and conducive environment is provided to the patient to discuss their symptoms. The therapy encourages the patient to develop better and healthier attitudes.

Psychosocial treatment is a part of this therapy and helps them to identify the warning signs and symptoms and also to learn methods to control them. It enables the patient to realize symptoms and prevention methods of relapse.

Psychosocial therapy can be of different types:

Antipsychotics are the most common medications used in the treatment of delusions. Conventional antipsychotic drugs are used to block dopamine receptors that play an important role in delusions.

Atypical antipsychotic drugs, a newer version of anti-psychotics, are considered to be more effective than conventional medications as they block both dopamine and serotonin receptors of the brain. Tranquilizers and antidepressants are also recommended in case of delusions.

Depression is one of the complications associated with delusions. Patients with delusions tend to be more isolated, particularly if the delusion interferes with relationships. The outcome of treatment often depends on the individual, the type of delusion, the circumstances in life, and being consistent with treatment.

Delusions are often chronic, but appropriate treatment can help the person to be relieved of the symptoms. Early diagnosis and treatment of delusion are important in preventing further disruptions in family and life.

How do you know if you are clinically depressed?

Why do I keep crying every day?

More from FindATopDoc on Psychiatric Disorders 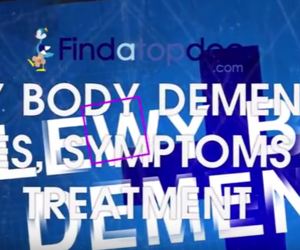 Who do you see for depression?

My brother is going through a divorce and is extremely stressed. Will counselling help?

How do I get over the loss of my father?