A cancer diagnosis can shake an individual’s world, and not just the physical aspects of their world, but all corners of it. Although cancer attacks the body, it necessarily also affects a person’s mental and emotional state, and it can have an impact on other people close to the affected individual as well. Because the effects of cancer are so far-reaching, the fight against cancer encompasses a wide variety of different tactics.

From medical research and clinical trials pioneering new methods of treatment, to support groups that provide those suffering from the disease with a place to find empathy and encouragement, there are numerous ways in which society is working towards successful treatment of the disease. One way that society can show support for cancer patients is by demonstrating support. 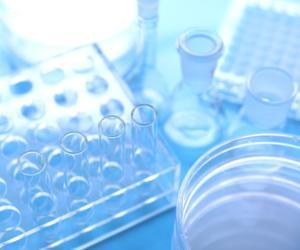 How to show support

Grand displays of support can instill courage, but small, private acts are equally as important. If you are the friend or relative of someone dealing with cancer, then there are tons of small things you can do to show your support. You can make their favorite meal, send them a thoughtful note or card, bring them flowers to brighten their day, or just have a nice, long chat with them. Each cancer patient has different mental and emotional needs. Some patients may want to talk openly about the disease, and so you could show support by listening to them as they process through their situation. Other individuals may want to observe life as normal, and so you could show your support for them by helping them to maintain a sense of normalcy. Personal support comes in all shapes and sizes; it depends both on what you as a supporter are equipped to give, and on what the patient specifically needs. Regardless of what those needs are, no act of support is too small.

Additionally, sometimes small, public displays of support can have a huge emotional impact. While large organized activities like a race for the cure illustrate a whole community’s commitment to fighting cancer, more grassroots efforts can be impactful as well. A variety of organizations have utilized social media as a means of highlighting support for cancer patients. Although a post on Facebook or a tweet may be a small way to participate, the collection of positive sentiments can still demonstrate to cancer patients that they aren’t alone and that there is a group of people supporting them in their fight against this disease. Support can come in a variety of different styles, and it can have a huge positive impact on patients in many forms.

One way that communities can show support in the fight against cancer is by observing awareness days. Campaigning for Cancer is an organization whose mission is to provide support for patients suffering from the disease. In honor of World Lymphoma Awareness Day, Campaigning for Cancer partnered with other organizations to raise awareness about lymphoma by posting on social media sites with the hashtags #EverythingChanges and #WLAAD.

World Lymphoma Awareness Day is actually sponsored by the Lymphoma Coalition which is a global organization working towards ending lymphoma. The first World Lymphoma Awareness day was recognized on September 15, 2004. The disease poses a global threat to health as over one million individuals live with the disease and around one thousand new cases are diagnosed every day. In addition to the already staggering numbers of cases, the rate of lymphoma incidents is also growing. Like other blood cancers, lymphoma can be difficult to catch early, and it’s been the subject of much academic research. While scientists have made leaps and bounds in terms of discovering more about this disease, there is still a lot of work to be done.

According to the Lymphoma Coalition, this year’s World Lymphoma Awareness day was a huge success. The hashtag #WLAAD was used over twenty-three million times and the hashtag #EverythingChanges was used nineteen million times on Twitter alone, and users from all continents were represented in this campaign. While the spread of hashtags may not provide any new answers about lymphoma, it does represent growing awareness about the threat the disease poses to health and the seriousness of the condition. On top of that, for current lymphoma patients it demonstrates in an extremely visible and quantifiable way the number of people around the world who support them in their fight against this disease.

Although the forms that support can take may vary greatly from person to person, the importance of emotional and mental support for a patient’s recovery is consistent. While lymphoma does attack the cells of the body, it isn’t isolated in its effect. Oftentimes, lymphoma patients will experience depression because of their struggle with the disease. Being faced with one’s fatality is never an easy task, so it’s understandable that patients may feel overwhelmed and defeated, especially since treatment can have such a grueling impact on the body.

Many individuals have discussed the importance of maintaining a positive attitude throughout cancer treatment. While there isn’t any hard and fast data to indicate that positivity can cure cancer, it can certainly play a role in treatment. Encouragement and support can help individuals maintain their physical strength in their fight against the disease, and it can remind them why their fight matters. Positivity alone can’t cure cancer, but helping a patient keep his or her spirits up can play a significant role in their treatment.

In addition to providing emotional support that can help an individual maintain positivity, support can also look more tangible and practical. For example, if a patient is undergoing treatment, then you could support them by bringing them a meal or cleaning their living space. By relieving these tangible needs, they may have more time to rest and conserve their energy. Other small tasks such as running errands or picking up medication can play a big part in helping meet a patient’s needs and again reminding them of the love that surrounds them.

Support is a pretty general term, and there’s good reason for that. When it comes to providing support for lymphoma patients, there’s no one way to do it. Large scale events can demonstrate community support, small acts of kindness can remind a patient of the support that exists around them, and massive social media campaigns like the one organized by the Lymphoma Coalition can demonstrate to a community of patients just how many people out there recognize their struggle and hope for their recovery. Although support itself can’t cure a patient from this disease, emotional and tangible support can play a huge role in the success of a patient’s treatment.

You can read more about this year’s Lymphoma Awareness Day at the Daily Sun or Lymphoma Coalition.org.

The Effect of Sunshine on Lymphoma 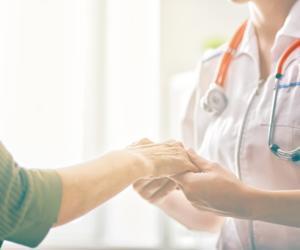 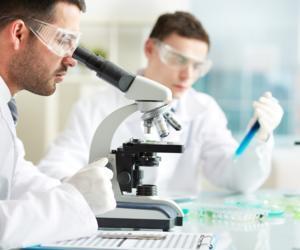