It is estimated by the Lupus Foundation of America that at least five million people around the world have a form of lupus. There are 1.5 million in the United States, alone. Women of childbearing age are most likely to be stricken by this autoimmune disease. There are four different forms of lupus, none of which have a cure. Preventive and indirect treatments are currently the only options for patients diagnosed with lupus.

Australian model, Robyn Lawley, is no stranger to this chronic autoimmune disease. Lawley is known to be the first “rookie” plus-size model for Sports Illustrated swimsuit magazine. She has appeared on the magazine four times, including the recent March edition. Robyn Lawley landed a hosting gig as well for an Australian body positive model search called “Cosmo Curve”. She is also known for her cooking blog “Robyn Lawley Eats” as well as a cook book that has the same title. 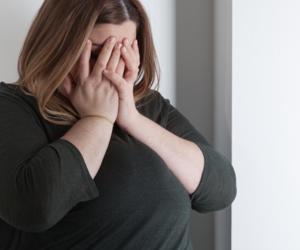 Obesity May Heighten the Risk of Depression for Women...

At age nineteen, the Aussie model experienced a cancer scare. She had a lump in her breast but it was thankfully benign. This made the model become more aware of her health. But even though she has been leading a healthy lifestyle, Robyn Lawley was not spared from being diagnosed with a serious chronic autoimmune disease: Systemic Lupus Erythematosus (SLE), shortly after giving birth in her late twenties.

Using her current platform in the world of social media, fashion, and the body positivity community, Lawley is opening up to discuss and bring awareness to lupus. In a previous interview, Lawley stated that she felt "incredibly intimidated" when she first started feeling the symptoms of lupus. It was hard for her to cope since it was difficult to detect what was wrong with her.

According to Joachim and Acorn, researchers on the stigma of visible and invisible chronic diseases, a person is subjected to possible stigmatization or scrutiny when he or she has a chronic illness or condition that is not familiar to the general public. There are different ways to cope with this stigmatization. These may include: (1) making the decision about whether or not to disclose the information about your condition and suffer the humiliation, or (2) try to conceal the information about your illness and try to pass for normal.

That is why stars like Robyn Lawley and Selena Gomez have been open about their lupus journeys – to end the stigmatization of invisible diseases like lupus. Lawley has stepped up in letting others feel that they are not alone in their struggles. She recently stated, “It is always nice to put your hand up and say 'I have it too. It leads to other women and men out there to not feel alone in their battle."

Robyn Lawley, a mother of one, developed the chronic autoimmune disease during the late stages of her pregnancy. According to Dr. Aeshita Pearl Dwivedi of the Mary Kirkland Center for Lupus Care, at times, common pregnancy discomforts can mimic the symptoms of a lupus flare, making it hard to detect. These symptoms include:

Towards the end of Lawley’s pregnancy, her muscles began to weaken. She was unable to pick up things and began to lose her sight and ability to walk. Her speech also started to slur. Upon giving birth, the doctors were skeptical about her weakness since she was able to deliver her 11-pound baby girl successfully. Lawley said that she has a high pain threshold, so the doctors did not take notice of her worsening condition. Only her family was able to detect the changes in her movements. Soon after, she was diagnosed with lupus.

Robyn Lawley was diagnosed with the rare autoimmune condition called antiphospholipid syndrome (APS) with systemic lupus erythematosus (SLE). In the Journal of Autoimmunity, antiphospholipid syndrome or APS is referred to as an autoimmune disease with a venous and/or arterial thrombosis and pregnancy morbidity in the presence of antiphospholipid antibodies. The condition causes immune cells to attack healthy cells. It can impact the joints, skin, brain, kidneys, and other organs. APS, together with SLE, doubles the risk of fatality and irreversible organ damage. Ninety percent of those who are diagnosed with SLE are women under 40.

Lawley reportedly experienced an increased feeling of paranoia and fatigue during the first few months of motherhood. She said that her experience of postpartum depression was worsened due to the fact that she was diagnosed right after giving birth. She felt delusional and paranoid. It got to a point where she thought that the doctors wanted to take away her baby. Lawley had no family members or relatives close to her during that particular period, which made her feel more helpless. She also had to stop breastfeeding her baby due to her strong medication.

Wanting to see her only daughter, Ripley grow up, Lawley decided not to have any more children. The likelihood of complications were great if she were to get pregnant again. In an interview, Lawley made a serious statement when she said she'd prefer labor 10 times over than the pain she feels with her lupus condition. She is open to the option of adopting if she feels the need to have another child.

In celebration of International Women’s Day 2018, Lawley posted on Instagram a photo of her with a “scar from an injection for a flare” she once had. The dent was surrounded by the words “lupus warrior”. The photo was from a shoot with Sports Illustrated that celebrated their models’ courage and strength.

The model is associated with the Pinky Promise campaign, a campaign initiated by Pink Hope Australia on giving awareness and bringing together women to help each other, especially during sickness.

While Lawley is not currently experiencing symptoms, she is committed to sharing her journey with people who have lupus, as well as those with other diseases. Using her social media platforms and public appearances for bringing about awareness, she has inspired women and men alike. 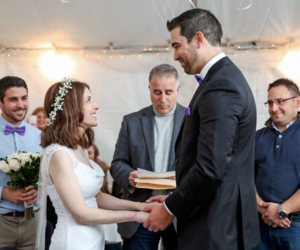 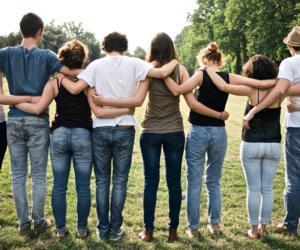 Support: A Necessity for Patients Coping with Lupus 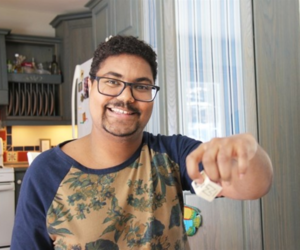 Does Lupus Mean a Lifetime of Poor Sleep?