Perhaps the most common reason of bad breath is poor oral health, infections of gums (called gingivitis), or even a more severe problem call periodontitis. But if a patient's breath smells like acetone, then the reason may not involve the oral cavity. It could actually mean that the patient is blowing out acetone with their breath. Yes, the same thing that is contained in nail polish removers and paint thinners could also be created by the body.

The reason behind the acetone-like, fruity odor could be ketosis or ketoacidosis. The first condition, which is ketosis, could be a normal thing, but ketoacidosis may be harmful if not taken care of within time.

What are the signs of diabetes?

Most of us are dependent on glucose, which we get from the dietary carbohydrates. Glucose is further broken into smaller parts in a process called glycolysis, and the energy is released.

While fat serves more as an energy reserve, when there is a deficit of glucose, our body breaks the fat stored in fatty tissues to ketone bodies, and they can be used by almost any bodily cell to fulfill energy needs through a process called ketosis (break down of ketone bodies). Acetone is one of the byproducts of ketosis, and it may also be the primary source of energy if a person is fasting, doing strenuous exercise, or taking a diet that is rich in fats and low in carbs (ketogenic diet).

Ketone bodies and its byproducts are acidic in nature, thus making our blood dangerously acidic. Therefore if ketosis is normal, ketoacidosis is a reason to worry. It usually happens in uncontrolled diabetes, especially either due to a missed dose of insulin in type 1 diabetes or when a person does not know about diabetes at all.

In case of diabetes, the smell of acetone in our breath could really be strong. In fact, there are anecdotal reports when a person with severe ketoacidosis was thought to be drunk, due to the presence of a strong acetone-like smell, confusion, and a lack of clarity in their thoughts. Moreover, alcohol may also sometimes cause ketoacidosis.

As already mentioned, ketone bodies are just a healthy and alternative source of energy for our bodily cells. If someone fasted for too long, glycogen stores in the liver are depleted, and our body is forced to break the fat stored in adipose tissues.

But ketosis may also be induced by taking a diet that is high in fats, and low in carbohydrates and proteins. This is called a ketogenic diet. The ketogenic diet has shown to be beneficial in many diseases. In the early 20th century, it was well studied for its effects in preventing epilepsy and convulsions. But in post-World War II, its usage fell out of favor, due to the introduction of powerful drugs to control epilepsy.

Interest in a ketogenic diet re-emerged in 1990, as a natural way to control epilepsy and other conditions. Some studies have shown that it may improve athletic performance, and may also be a good way to manage diabetes. In fact, many diabetic diets are based on this principle (e.g., Paleo diet).

Ketogenic diet or prolonged fasting would not lead to dangerous ketoacidosis, due to our bodies ability to adapt. The body has its own built-in mechanism to control the acid-base balance.

However, things in diabetes are different, where things may often get out of control, leading to higher level of ketones than our body can tolerate.

In diabetes, there is a lack of enough insulin in our body. Insulin is required to open the so-called glucose gates of our cells so that that glucose can enter the body's cells. Being insulin deficit, body tissues cannot optimally utilize glucose. There is high blood glucose levels, but still, the body cells are starving.

It forces our body's cells to find the alternate way to fulfill their energy demands, that is through the breakup of fat stores. Most people who have diabetes have higher levels of ketone bodies in the blood. In fact, the utility of a breath test in early detection of diabetes is based on an acetone breath test that is already being explored.

But things become harmful to someone's health if the concentration of these ketone bodies rise above a certain level, as it makes our blood acidic. PH balance is essential for proper functioning of our body.

Ketoacidosis is either the primary symptom of the acute onset of type 1 diabetes, or symptom of poorly controlled type 1 and in rare cases even type 2 diabetes. It is dangerous, as uncontrolled ketoacidosis may lead to coma (that is a loss of consciousness), and even death. It is a condition that would be mostly treated in hospital.

Some of the common symptoms of ketoacidosis are:

What to do in ketoacidosis?

If you have diabetes and notice a fruity odor in your breath, it is a reason for seeking immediate medical help, as it could possibly be a life-threatening condition. In severe cases, there is little that can be done at home as it requires intensive care.

Most doctors would start the treatment of ketoacidosis with insulin and fluid infusion. Further, they would take steps to correct electrolyte disbalance, especially infusing potassium, sometimes bicarbonate may also be used to correct PH balance.

If ketoacidosis is left untreated, it may lead to many dangerous complications like brain edema (swelling of the brain), loss of consciousness, failure of kidneys, the slowdown of heart rate, and even respiratory arrest.

It is essential to understand that ketosis is a healthy, alternative pathway to fulfill the energy needs of body cells through the use of fat stores in the body. Ketosis may also serve as a primary source of energy in specific dietary measures like ketogenic diet, which may have beneficial effects in certain medical conditions like epilepsy, and more recent studies indicate that it may help even in diabetes. But in the absence of known causes of ketosis, the fruity smell of acetone may be a dangerous sign of ensuing ketoacidosis, which is a life-threatening condition requiring immediate medical intervention.

Managing the Mental and Emotional Toll of Diabetes

Can diabetes cause weight loss? 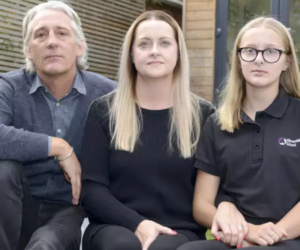 Teen Told Her Insulin Pump Would "Crash the Plane"

What could be the cause of diabetic neuropathy?

Can I take Insulin to control blood sugar?

What should be the ideal HbA1C for a diabetic patient?

Being Diagnosed with Diabetes