18-year-old Carter Tomsu was in his freshman year at Rice University and enjoying his days as a quarterback on the football team. That is, until his health took a turn for the worse.

In 2013, 18-year-old Carter Tomsu was in his freshman year at Rice University and enjoying his days as a quarterback on the football team. That is, until his health took a turn for the worse. “The first thing I noticed was just an increase in bowel movements, found blood and mucous in my stool and that definitely was not normal for me” he said. Tomsu was racing back and forth to the bathroom at least 15 times a day. 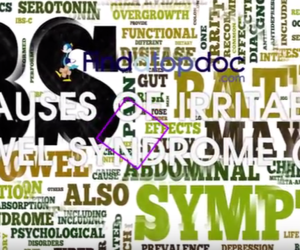 He relied on support from his mother – a woman on a mission to find the best treatment plan for her son. Knowing that surgery would be necessary down the road, the research led them to find Dr. Eric Haas, the Chief of Colon and Rectal Surgery at Houston Methodist Hospital.

A prisoner to the bathroom

Dr. Haas diagnosed Tomsu with ulcerative colitis, an inflammatory bowel disease that causes chronic inflammation in the gastrointestinal tract. The autoimmune condition triggers symptoms such as abdominal pain, abdominal discomfort, and frequent bouts of diarrhea. “It can take very many patterns, and unfortunately in his case, the disease became out of control” explained Dr. Haas.

Tomsu’s symptoms became too severe, making it impossible to continue playing football. His condition affected his academic performance as well. In addition, he was hospitalized twice for Clostridium difficile colitis, an infection that causes symptoms ranging from diarrhea to life-threatening inflammation in the colon. Eventually, Tomsu’s condition became too much for him and he made the difficult decision to withdraw from college and to return home under the care of his parents.

Tomsu started taking different medications for his condition and making changes in his diet, including eliminating dairy, grains, and some meats. He also participated in three clinical trials, but nothing helped. His health just kept getting worse and worse. “I lost 70 pounds from the diet and disease, my gastric doctors decided it’s not worth it – I’m already a skinny guy - imagine me 40 pounds less” he said.

The entire process was not only physically draining for him, but mentally exhausting as well. Tomsu said that he lost a lot of friends and his girlfriend of five years because of his condition. “But in the end, it makes you who you are - so you have to be thankful” he said.

Results from his colonoscopy revealed pre-cancerous cells, which alarmed his doctors, seeing as how Tomsu was so young. After dealing with pain for over four years, the young man decided to undergo a state-of-the-art surgical procedure to remove his colon and to remove any risk of colon cancer. “This was God telling me that it’s time to have the surgery. We had been fighting for so long and left no stone unturned. I knew it was going to happen at some point in my life whenever some medication would stop working, but I never got any relief from medication. Surgery is the first relief I’ve felt in four or five years” said Tomsu.

Dr. Haas performed the surgical procedure, known as the J-Pouch, which involves creating an internal reservoir made from the individual’s own small intestine as an alternative approach to storing and passing stool. “For the typical person who comes in seeking surgery for UC, the bathroom is like jail. They can’t get out of the bathroom. There’s urgency” said the surgeon. The procedure typically involves two stages. During the first stage, the colon and rectum are removed. The J-pouch is created at the end of the small intestine and it is joined to the top of the anal canal. At the same time, a loop ileostomy – a temporary opening - is created. The second stage involves a second surgical procedure that takes place 2 to 3 months after the first one. During this stage, the ileostomy is closed and the two ends of the bowel are reattached. “It’s not fun, but a change in pace from the disease. The quality of life is increasing. Even with an ostomy bag, you’re not trapped by a bathroom, so it gave me freedom to be social” said Tomsu.

With the assistance of a Da Vinci robot, powered by robotic technology, Dr. Haas is able to turn the complex surgery into a minimally invasive procedure. The approach boosts several advantages over traditional methods, including less pain, less scarring, less trauma, a lower rate of infection, and a quicker recovery. “The robot isn’t operating, we’re the ones operating, but we’re using advanced computerized technologies for vision and for movements, therefore the results are phenomenal” he explained.

According to Dr. Haas, considering the fact that the opioid epidemic has been affecting the nation, the ability to treat a patient’s pain following surgery through the use of non-opioid medications is a major benefit. “After colon surgery, you’re in pain. We’ve noticed an amazing reduction in the need of opioids after surgery. In fact, most times we send patients home with just Tylenol or Advil. We don’t even take the risk of getting them hooked on opioids” he said.

Upon his recovery, Tomsu will not need to be treated medically anymore, as the procedure is intended to cure his condition. Bowel movements are reduced from 30 times a day to 4-6 times a day. “It may seem like a lot, but to the patients, it’s amazing because you can eat, have one or two movements, and be done until your next meal. It’s a tremendous difference and the lifestyle is a 180-degree turn” said Dr. Haas.

Most recently, Tomsu was accepted to The University of Texas in Austin. Depending on how his recovery goes, he plans to continue his education there in the summer or fall. Influenced by his personal experience with doctors and caregivers, he has big plans to go to medical school to become a pediatrician who specializes in UC. “This has made it more of a goal of mine to accomplish. I know I can empathize with someone going through it. If I can make their journey easier, then mission accomplished” said Tomsu. He is eager to resume living a normal life and seeing what the future holds, but he is grateful to how the last five years of his life have shaped his character. “It’s made me who I am and I have to be thankful. If I can do this, I can do anything” he said.

Can IBS cause chest pain?

How can I treat IBS at home? 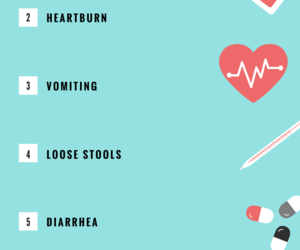 How to manage excess gas?

Can IBS cause chest pain?

14 Things that People with Crohn's, Colitis, and IBD Hate Hearing

Is there a diet specific for a person suffering with IBD?