Dentists can actually be extremely useful to determine why patients are snoring. Many would normally ignore snoring, as it has often been pushed aside as a "joke". But, in reality, it should be a cause of concern.

A worrying fact about snoring is that people take it as something normal until it is out of control and the snores are just too loud to stand. It is also worth mentioning that snoring is one of the main reasons couples decide to sleep alone.

While snoring can be a problem itself, it not an aleatory condition, among the problems that can be represented by constant snoring, some of the most common ones are:

There are many other problems that can trigger snoring, and every day there are more causes being found.

Dentists seem to have a wide range of tools to look for the real causes triggering snoring. In most cases a dentist’s view extends way beyond people’s mouth, which can usually show way more than only cavities and other problems in the jaws.

A great example is the case of Scott Drake, a patient from Fresno who thought he would never find a solution for his snoring problem, but he was able to find it at the place he expected the least: his dentist’s office. While he thought his doctor “Shawn Anderson” was only able to handle fillings and root canals, he was actually able to solve his problem.

Dr. Shawn Anderson has stated that the bottom line is that no one should snore, for that reason dentists should pay more attention to the air passages of each patient. According to this, dentists can play an essential role in the diagnosis of snoring problems.

Scott’s case and the participation of Dr. Anderson

Fortunately, Dr. Shawn Anderson was not new to sleep apnea as he completed a sleep medicine residency at UCLA. Once Scott visited Dr. Anderson and he told him he was suffering from sleep apnea, Anderson suggested using a mouth appliance, which is one of the proven solutions for breathing stops, instead of using a CPAP machine, which is the most common way to treat sleep apnea.

Scott has said that using this mouth appliance he sleeps way sounder than before and he knows he is not snoring because his mouth is not dry when he wakes up. Dr. Anderson has mentioned that the main purpose of this mouth appliance is to reposition the lower jaw. According to Dr. Anderson, the appliance moves the jaw forward, preventing the tongue to obstruct the respiratory canals, since it has more room to position well.

With all potentially obstructive tissues set aside the respiratory ways, the chances of snoring during sleep time decrease considerably. Dr. Anderson stresses that it is important for dentists to ask questions when they see signs of a sleeping problem or when the patient mentions problems such as snoring. However, he also mentions that dentists do not make the diagnosis, they are only able to refer patients to a sleep physician who is the one more able to determine the kind of issue the patient has.

What most people who are thought to be suffering from sleep apnea have to do in order to have their condition diagnosed is usually going to a sleep center and having themselves tested for a couple of nights. However, there are devices able to measure how many times breathing pauses occur at night, and then physicians with some experience in the area can give their diagnosis.

Dr. Shaw Anderson highlights that most physicians lean towards CPAP machines due to the standards of this medical care area. Scott never thought he would have his problem solved by a dentist, saying that he never imagined Dr. Anderson would have any type of knowledge on the area.

From then on, Scott has been living a normal life. He says his wife stopped complaining about his snoring long ago and that the mouthpiece has considerably improved his lifestyle, waking up way more energetic in the morning.

Scott’s sleep medicine specialist says that the results shown so far are just amazing and that they will probably just stay with the mouth appliance and he will not need to use a CPAP.

Dr. Anderson says that dentistry is not only about the teeth and gums and that talking to the patient and trying to spot other symptoms from other diseases can consistently improve patients’ lives. Scott may have been lucky because Dr. Anderson has some knowledge on the area of sleep apnea, but thinking a little outside the box, dentists may be able to spot other conditions that are affecting the patient, paying attention to what the patient comments on during a consultation.

What is Sleep Apnea? 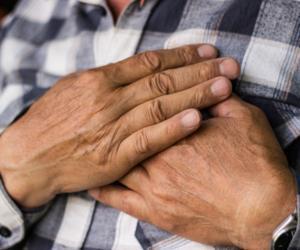 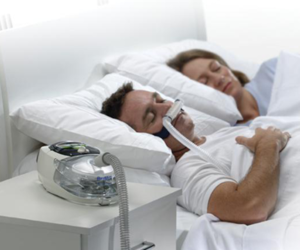 Positive Airway Pressure May Not Be As Helpful to Cardiovascular...

Can a respiratory therapist help in treating sleep...