The stratum corneum is the outermost epidermal layer of the skin, which consists of dead cells called corneocytes. It is the major barrier of the skin when it comes to chemical transfers. The main purpose of the stratum corneum is to protect the underlying tissues by forming a barrier. The underlying tissues are protected from infection, chemicals, mechanical stress, and dehydration.

How to prevent my bracket from popping off while I...

Function of the Stratum Corneum

During the process of cornification, nonliving corneocytes are formed from living keratinocytes. In this process, a layer of ceramides replaces the cell membrane. This layer is linked to the cornified envelope or an envelope of structural protein. The cells in the stratum corneum are surrounded by this complex structure, which helps in the barrier function of the skin.

The adhesive structures that hold the corneocytes together called corneodesmosomes link adjacent cells within the stratum corneum. Proteases eventually degrade these complexes, so that cells can be shed at the surface. For the maintenance of skin homeostasis, both desquamation and the formation of the cornified envelope are required. Skin disorders may develop when these processes are not correctly regulated.

Stratum corneum cells are composed of a protein called keratin, which prevents water evaporation, and thus, keeps the skin hydrated. Water can also be absorbed by the skin, which will further help in hydration. The skin also becomes stretchy due to this layer. The skin is pulled back to its natural shape by a weak glutenous protein.

Throughout the body, the thickness of stratum corneum varies. To grasp objects and avoid injury, the palms of the hands and the soles of the feet require additional protection, so these layers are typically more cohesive and thicker. Generally, the stratum corneum is made up of 15-20 dead cell layers with a thickness of 10-40 micrometer.

The stratum corneum is permanent in reptiles and is only replaced during the phase of rapid growth called molting or ecdysis. Beta-keratin is also present and provides rigidity to the skin layer.

Structure of the Stratum Corneum

The body is protected by the skin, which keeps away unwanted influences from the environment. The skin even protects the body from excessive loss of water. The barrier function of the skin is in the stratum corneum.

What Are the Best Ways to Lower Blood Pressure?

Is exercise good for an irregular heartbeat?

More from FindATopDoc on Skin Layers

When was nuclear medicine created? 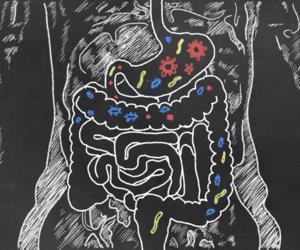