94-year old pianist, Edward Hardy, may have lost several of his memories and skills due to dementia, but he definitely did not lose his ability to play the piano. For his wife Betty, there could not have been a better way to ring in their 75th anniversary than serenading her with her favorite jazz classic Misty.

The war veteran served in the Musical Corp in Malaysia and India during World War II. When he returned home from the war he started a band called the Sam Hardy Trio, and the band traveled around the West Country of England playing gigs for many years before Edward and Betty made their home in Glastonbury, Somerset. 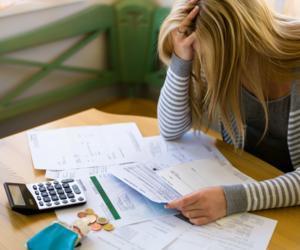 Unfortunately dementia became more aggressive for Edward, and he and Betty had to be split up because of the symptoms. Betty stayed at their homestead and Edward moved into an assisted living home until Betty moved into the home with him, just weeks after, to keep him company. But Edward had found something else that kept him company: an old piano in the living room of the home.

He had not touched the keys of a piano in over twenty five years but somehow his fingers knew exactly what to do. Sam Kinsella, the activities coordinator at Mellifont Abbey in Wookey, Somerset, said Edward sat down at the bench of the piano, paused for a few seconds, then started to play one of his old Sam Hardy Trio tracks. Edward does not limit his musical ability to only his old band's songs, you can name a tune and Edward will play it.

The downside of dementia

Edward is one of 47 million people who are currently suffering from dementia around the world, according to the World Health Organization (WHO), and this number is predicted to triple by the year 2050. Dementia sufferers face a progressive brain illness that affects their memory, thinking, behavior, and ability to perform day to day tasks.

Dementia can be hard on caregivers and family because several symptoms have been misunderstood as a normal part of aging. However, forgetting doctor appointments, what you had for lunch, and names of new grandchildren are typical thing that happen over time. It can be an early sign of dementia that should be recognized. Other early signs of dementia include: difficulty finding words, difficulty planning and organizing, difficulty walking or with balance and confusion.

Music definitely has a lot of power as it can help those like Edward to keep their mind active. This has been a proven way to slow down the symptoms of dementia. Another benefit from Edward's living room concerts is socialization, as this also has been found to reduce the symptoms of dement. So, when his wife Betty comes around and watches him, it helps Edward remember the many memories that they both had together on the road.

At one point in his musical career, Edward, the band, and Betty traveled through the United States. They spent 20 years on the other side of the pond and playing these same songs now helps Edward remember how him and Betty would dance at his concerts. Betty recalls traveling from the Canadian border to the Gulf of Mexico.

Most recently, the band got back together for a reunion, and Edward slowly started to recall memories he had made seventy years ago with his bandmates. According to the Alzheimer’s Foundation of America, music can shift one’s mood, help to manage a stressful situation, encourage positive interaction, aid in cognitive function and improve coordination.

Even if your loved one isn’t a pianist like Edward, music can still play a vital role for dementia patients. Crossroads Hospice chaplain, David Heineman, says music is a universal language that has the ability to touch the soul in several different ways. He goes on saying that if one of his patients is in a “frozen” state, where they are unable to move or talk, he asks them two simple questions: When you are afraid, what helps you? What is your favorite song?

Chaplain Heineman recalls a woman response to his question with the song “Over the Rainbow” and he then preceded to pull out his smartphone and type in the title. Within seconds “Somewhere Over the Rainbow” was playing and the woman relaxed and began to speak to him.

If you have a loved one suffering from dementia, try playing them a song the next time you are with them. A few titles may include: “Singing in the Rain,” “You Are My Sunshine,” “Amazing Grace,” “Moon River,” “I Want to Hold Your Hand,” and “You Make Me Feel So Young,” or just a song that you know means a lot to them.

This relaxation that Chaplain Heineman’s patient felt is also known as an “awakening.” Dr. Laura Mosqueda, Director of Geriatrics at the University of California, Irvine School of Medicine, says that music affects so many parts of one’s brain. It is able to touch areas that are not damaged by the disease and brings those pathways to the forefront.

Music can evoke emotion, which can bring back a memory. Even just the simple daily act of playing music for patients gives them something to expect in their routine, which ultimately can improve cognitive ability over time. Each day, they come to recognize “music time,” which usually would happen the day before and would again the day after.

One study, out of the U.S., has proven music aptitude and appreciation are the last two abilities that remain in dementia patients. Linda Maguire, lead author of the study, said music is an excellent way to reach and connect with the person, not just the dementia patient.

As everyone can probably guess, music usually leads to dancing. Getting a dementia patient to dance can lead to hugs, kisses, physical touches, which brings back memories for both the family member and the patient.

Music instead of medication?

In another study, published in the American Journal of Geriatric Psychiatry, Dr. Kali Thomas studies 13,000 dementia residents in almost 100 nursing homes. They used music and memory therapy and found that in those residents who connected music to a memory they could reduce their antipsychotic and anxiety medications. This means that music therapy can take the place as an actual treatment for dementia. Dr. Thomas also noted that the results show that individualized therapy improved behavior in multiple dementia residents.

A trip down memory lane

Edward is proof that playing songs from his past helped to improve his mood, reconnect with his wife and improve his overall quality of life. Playing the piano brought back happy memories of his band, of his wife, and of life before dementia.

If you know someone who’s suffering from dementia, you should give music therapy a try. Ask them if they can think of any songs from the past, any movies they may have seen, and then look them up and play them for your loved one. Hold their hands, talk with them, and maybe even take a dance lesson from Edward and Betty’s story. 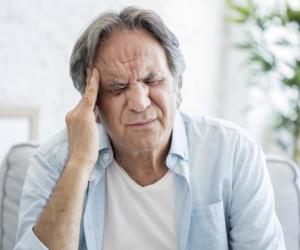 Does a Link Exist Between Concussions and Alzheimer’s?

Tips for Interacting and Communicating with Alzheimer's Patients

Why Does Alzheimer’s Progress More Rapidly for Some Than for Others?