1 What is Asthma Attack?

Asthma attack refers to the sudden worsening of the symptoms of asthma due to bronchospasm, inflammation of the wall lining, and increased production of mucus.

Bronchospasm is the tightening of the muscles around the airways which make the passage narrow. Asthma attack results in shortness of breath, wheezing, coughing, and difficulty in breathing.

Minor symptoms may resolve with simple home treatments. Severe symptoms may require medical attention as some of the characteristics are potentially life-threatening.

Identifying the features of symptom flare-up is the first step in prompt treatment of asthma attack. Following the treatment plan diligently helps to prevent worsening of symptoms. 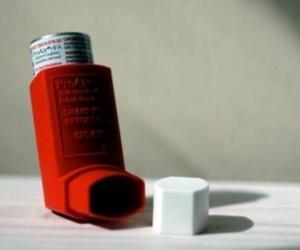 What Should I Know About Asthma Inhalers?

Some common symptoms of asthma attack include:

Symptoms of asthma attack may not resolve or reduce with the use of quick-relief inhalers. The signs and symptoms of an asthma attack differs, and identifying the same for a person is important to plan the treatment.

If the symptoms do not resolve with the treatment plan, the person may require a visit to the emergency room to avoid complications.

Characteristics of asthma may change over a period of time. One needs to adjust the treatment plan accordingly to keep symptoms under control.

The reaction causes the tightening of the muscles around the airways, swelling or inflammation of the lining of the bronchi, and increases the production of mucus in the airways.

Common triggers of asthma attack include:

In some cases no definite cause can be identified for the worsening of symptoms.

History of severe asthma attack is a major risk factor for another episode.

Those who use two quick-relief inhalers in a month are more likely to get an asthma attack. Other chronic health conditions like sinusitis and nasal polyps also increase the chance of this condition.

Making a diagnosis of Asthma attack is done during several tests.

Functioning of lungs is the best indicator of symptoms of asthma. Lung function test or pulmonary function test is recommended to check asthma or worsening of its symptoms.

The test also help to assess the severity of the asthma attack and to plan the treatment strategy.

Peak flow test measures the peak expiratory flow during exhalation. In this procedure, the person is asked to blow hard into the mouthpiece during a single breath.

Spirometry is a procedure in which the patient is asked to exhale forcefully into the spirometer to measure the volume exhaled in one second. It evaluates the amount of air lungs can hold during inhalation and exhalation.

Pulse oximetry measures the amount of oxygen in blood. It is suggested during severe asthma attacks. 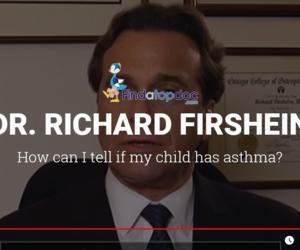 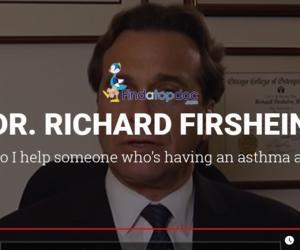 There is no cure for Asthma attack, however, there are treatments that can alleviate symptoms.

Quick-relief inhaler is the first step in controlling the symptoms of asthma attacks. These inhalers allow the bronchodilators deep into the lungs, expanding the airways.

Nebulizers are suggested in place of inhalers for small children. For severe asthma attack, immediately after quick-acting inhalers, the patient should be taken to the doctor for medical attention.

The quick-relief medication is usually repeated every 3-4 hours for a day or two. Oral corticosteroids are also suggested during this period.

In the emergency room, during severe asthma attacks, short-acting beta agonists are given through a nebulizer for immediate effect. Oral corticosteroids are also given to reduce inflammation of the airways.

Corticosteroids may be given intravenously, if the symptoms are severe. Ipratropium is also given as a bronchodilator in severe asthma attacks. For potentially life-threatening symptoms, a breathing tube may be inserted into the upper part of the airway.

Mechanical ventilation help in breathing and to provide enough oxygen into the circulation. Once the symptoms are under control, the patient is retained in the emergency room for few hours to rule out chances of another asthma attack.

If the symptoms do not respond with emergency treatment, medications are repeated every few hours. Oxygen is supplemented through a mask to avoid oxygen deficiency in blood.

Asthma attack can be prevented by keeping asthma symptoms under control. This can be done by following the treatment plan, tracking symptoms, and adjusting the doses.

Preventive medications are effective in preventing flare up of the disease. Avoid exposure to allergy triggers to prevent worsening of symptoms.

Anti-inflammatory diet is also recommended to prevent narrowing of airways. Herbs like ginger and turmeric have anti-inflammatory properties and help to manage the symptoms of asthma.

Traditional Chinese medicine and Ayurvedic medicine also can be considered to manage the symptoms and to prevent flare-ups.

Lifestyle modifications are necessary in order to cope with Asthma attack.

Quick-relief inhalers are essential for controlling asthma attacks. Keep them handy and inform the caretakers regarding the use of the same.

If asthma attacks are caused by allergy triggers, work out a plan to avoid these triggers as much as possible.

There are several risks and complications associated with Asthma attack.

Very severe attack of asthma is potentially fatal and may lead to respiratory arrest and even death. Asthma attacks may affect the daily activities and interrupt good sleep.

Can you take homeopathic medications along with allopathic...

What do they do in respiratory therapy?

Is swimming a safe sport for asthma patients?

If I Have Asthma, Are My Children at a Greater Risk?

Can Asthma Only Be Induced by Allergies?

How long does childhood asthma last?

What Are the Causes and Symptoms of Allergic Asthma?

Who can I see to help my asthma?

What Is Asthma: Get the Facts