1 What is Dumping Syndrome?

Dumping syndrome also known as rapid gastric emptying  is a condition in which food  moves from the stomach into the bowels too quickly.

Symptoms include diarrhea and abdominal cramps. Dumping syndrome may be prevented by making changes in diet after surgery. Changes include eating smaller meals and limiting sugar intake.

Medications and surgery may be required for severe cases of dumping syndrome.

Is there any permanent cure for allergic rhinitis?

Signs and symptoms of dumping syndrome mostly occur after a meal especially a meal high in table sugar (sucrose) or fruit sugar (fructose).

Signs and symptoms include:

Late dumping signs and symptoms, which occur one to three hours after eating are due to the body releasing large amounts of insulin to absorb the large amount of sugars enetering the small intestines after a high-sugar meal. This leads to low blood sugar levels.

Signs and symptoms of late dumping can include:

Some people have both early and late signs and symptoms. Some people develop dumping syndrome years after surgery.

The main cause of dumping syndrome is when food and juices from the stomach move to the intestines in an uncontrolled, abnormally fast manner.

This mostly can occurs after any stomach operation or removal of the esophagus (esophagectomy).

Gatric bypass for weight loss is the most common cause nowadays.

Is sleeping on the left side bad for your heart? 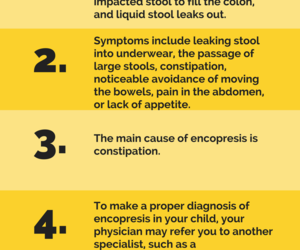 Treatment for dumping syndrome varies depending on its type.

The early dumping syndrome symptoms usually resolve on their own within three mouths. If symptoms don't disappear medications and surgery may be recommeded.

Octreotide (Sandostatin) can be prescribed for severe signs and symptoms. This is an anti-diarrheal drug which is taken as an injection under the skin, can slow the emptying of food into the intestine. Side effects include nausea, vomiting and stomach upset.

Surgical procedures to treat difficult cases of dumping syndrome that are more resistant to more conservative approaches. Most of these procedures are reconstractive techniques, such as recontracting the pylorus or reverse gastric gastric bypass surgery.

A few alternative remedies are used for dumping syndrome.

Supplements such as pectin, guar gum, black psyllium and blond psyllium which thicken the digestive contents and slow its progress through the intestines can be used.

There are different ways to adapt your lifestyle in coping with dumping syndrome.

The following can help to minimize signs and symptoms of dumping syndrome:

Surgeries on the stomach may increase the risk of dumping syndrome.

More from FindATopDoc on Bowel Movements

How often should I have bowel movements? 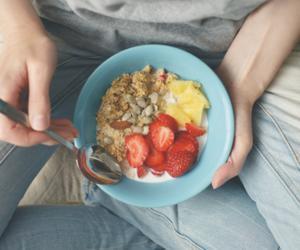 Are there any natural home remedies to treat odd bowel...

Is my constipation normal?

Are there any natural home remedies to treat odd bowel movements?

How often should I have bowel movements?

I think my daughter has encopresis. What should I do?