Lightheadedness is a symptom in which the person feels that he/she is about to faint or being off balance. The person may experience being unsteady. It is often used synonymously with dizziness.

But, in lightheadedness, the person may not feel as if the surroundings are moving or spinning. It is caused by a decrease in the quantity of blood reaching the brain.

Lightheadedness often resolves or improves after a period of time or when the person lies down. When lightheadedness progresses, it may lead to fainting or syncope. It is a common condition and many people feel lightheaded from time to time.

Lightheadedness is not of concern and may improve within a period of time, in most of the cases. But in certain cases, it may be caused by an underlying medical condition. It often increases the risk of fall and hence caution should be applied if one feels lightheaded.

Other common causes of lightheadedness include allergies, cold, flu, low blood sugar, use of illegal drugs, dehydration caused by diarrhea and vomiting, fast breathing, anxiety or stress, and certain medications.

Lightheadedness may also be caused by more serious conditions like heart attack, internal bleeding, shock, and stroke. If lightheadedness follows the considerable loss of blood from the body, it is important to get doctor’s advice. Lightheadedness accompanied by symptoms of stroke or heart attack also warrants medical attention.

Some of the warning symptoms that calls for immediate medical attention include:

Lightheadedness that persists for more than a week, or worsens with time, should be brought to the notice of the physician.

Treatment of lightheadedness varies with the underlying condition. Specific treatments are recommended when caused by medical conditions.

Some of the home treatment methods that would be of help to relieve the symptom include:

Lying down brings the head to a lower position when compared to the rest of the body, enabling better flow of blood. Water pills, anti-nausea medications, antianxiety medications, balance therapy, psychotherapy, antibiotics, and surgical methods are suggested to control the condition, depending on the cause of lightheadedness.

Most form of lightheadedness can be prevented by:

People who have lightheadedness should take adequate precautions like moving slowly and carefully, making house clutter-free, sitting as soon one feels lightheaded, eating a healthy diet, and getting adequate rest. Stress should be avoided as much as possible by practicing relaxation techniques.

What happens if anxiety is left untreated?

The most common causes of lightheadedness include:

A migraine – a migraine is a type of a headache often experienced as a throbbing pain on one side of the head. Increased sensitivity to light, nausea, and vomiting are common symptoms of this condition, apart from lightheadedness. It is commonly associated with a migraine with aura, a type of a migraine.

Stress or anxiety – too much emotional or mental pressure leads to stress. Anxiety is a mild or severe feeling of unease. Many people feel find it hard to control the pressure in stress and anxiety. Lightheadedness is one of the physical symptoms associated with these conditions. Lightheadedness is commonly seen when the person starts breathing too fast due to stress or anxiety.

Hypoglycemia – hypoglycemia or low blood sugar level is characterized by a lack of energy to carry out the bodily activities. It is mostly associated with diabetes and may also be triggered by malnutrition, binge eating, and some medical conditions. Typical warning signs of hypoglycemia are feeling of hunger, shakiness, and lightheadedness.

Dehydration – losing of more body fluids when compared to intake leads to dehydration. Loss of fluids affects the electrolyte balance of the body and leads to symptoms including lightheadedness. The person may also feel thirsty, tired, and develop dryness of mouth.

Heat exhaustion – this is a potentially serious condition that occurs when the body gets too hot due to exposure to the sun or strenuous physical exercise. Heat exhaustion leads to dehydration and lightheadedness and a sudden drop in blood pressure.

Lightheadedness may also be caused by some less common causes including:

Carbon monoxide poisoning – carbon monoxide present in the inhaled air may mix with a hemoglobin of blood and affect the supply of oxygen to tissues. Lightheadedness, dizziness, and shortness of breath are common symptoms of this condition.

Symptoms, medical history, and physical examination are the first steps in the diagnosis of lightheadedness and the underlying cause of the symptom. Prior to further diagnosis, the doctor will try to distinguish the condition from vertigo.

More tests and investigations recommended will depend on this analysis. Information on factors that worsen or trigger lightheadedness is of immense help in identifying the cause.

For example, questions like whether lightheadedness is triggered by a change in positions, and whether it resolves on its own help the doctor diagnose the underlying cause of the symptom.

The thorough physical examination is also a part of the diagnosis in which the vital signs provide important information on the cause. Checking blood pressure also helps to assess the fluid status.

This helps to see whether lightheadedness is caused by dehydration. Blood pressure is checked in both standing and lying down position. Physical examination is also based on the medical history of the patient.

Thus a woman with the heavy menstrual period will undergo a pelvic examination, while a patient with respiratory illness may have a thorough examination of lungs and heart. Imaging techniques and blood tests are recommended based on the suspected cause of dizziness.

Anxiety disorders that cause lightheadedness are controlled by specific medications. Relaxation and stress-reducing techniques may also be helpful in the same. Having plenty of water helps to control overheating of the body and dehydration, both of which can lead to lightheadedness.

Anti-nausea drugs help to reduce vomiting associated with dizziness. Intravenous fluids are suggested for people who have lost a significant amount of body fluids. Water pills, a diet containing low amounts of salt, antimigraine medications, and antibiotics are recommended, depending on the cause of the symptom.

Balance and psychotherapy are also used in the control of the symptom. Balance therapy includes specific exercises to help in better balance. Also known as vestibular rehabilitation, this therapy is commonly used for dizziness caused by inner ear problems.

Psychotherapy is suggested for those people whose dizziness is caused by anxiety disorders. Few lifestyle modifications may help to reduce the risks associated with dizziness. Try to avoid moving suddenly and ensure to have non-slip mats and rugs inside the house.

Caffeine and alcohol intake should be reduced. Try to have plenty of water to avoid dehydration. A healthy diet, enough sleep, and good relaxation also help in controlling this symptom. 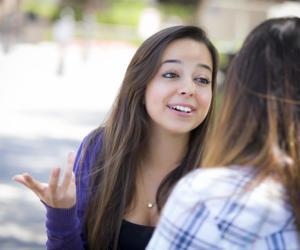 How long does it take for acupuncture to work for anxiety?

Is it safe for my daughter to be on anxiety medication?

Can osteopathic manipulative treatment be effective...

Why does my mood change all the time?

What could be the reason for my anxiety?

Anxiety and Depression: Products of Daily Living or Indicators of Ill Health?

Can stress be the cause of chest pain?

5 Reasons for Headaches and Migraines