Gout is a form of arthritis characterized by sudden attack of severe pain and swelling in joints, particularly the toe joint. 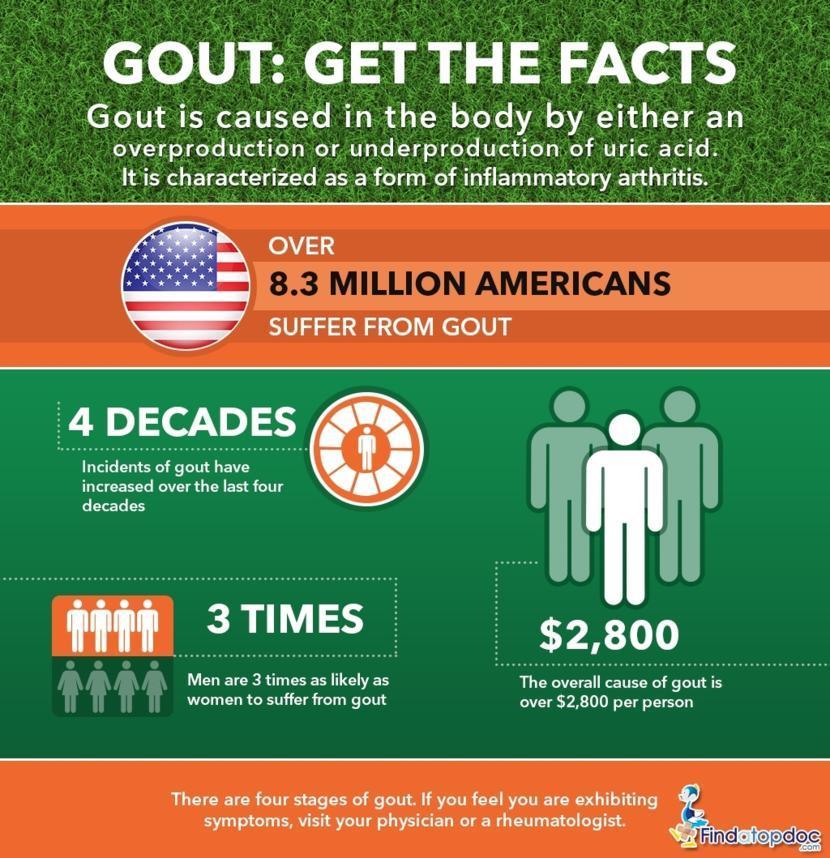 It is caused by the deposition of uric acid crystals in the joint. Gout is diagnosed by analyzing the fluid from the inflamed joint. Medications that lower the levels of uric acid in body help to treat chronic form of gout.

If left untreated, it may lead to permanent damage to joints and kidney problems. Although gout can affect anyone, it is most commonly found in men when compared to women.

Women become more susceptible to this form of arthritis after menopause. Treatment help in alleviating the symptoms and in preventing recurrence. 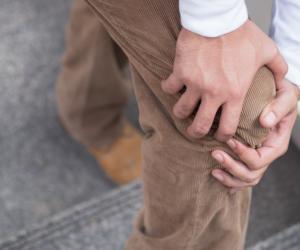 Have a question aboutGout?Ask a doctor now

Characteristic symptoms of gout include:

Severity of pain depends on the extent of inflammation in the joint. Gout usually affects one joint, most typically the big toe. It may also affect knees, ankle, foot, wrist, hands, and elbow.

The affected joint often becomes very sensitive, and patients may experience pain even with a slight movement or touch of the area. As the condition progresses and becomes severe, multiple joints may be affected by arthritis.

Joint mobility is considerably affected with the progress of the condition.

Tophus, a hard nodule formed by the deposition of uric acid crystals, is another characteristic feature of gout.

The deposition is found just under the skin, and may occur in various parts like elbow, upper ear cartilage, and other joints.

Gout is caused by accumulation of uric acid crystals in the joints. Buildup of urate crystal results in inflammation and severe pain in the affected region.

High levels of uric acid in the blood results in urate crystal formation. Uric acid is produced as a byproduct of purine metabolism.

Purines are substances normally found in the body and also in certain foods. Steak, organ meat, seafood, alcoholic beverages, and drinks sweetened with fructose increases the level of uric acid in the body.

Factors that increase the level of uric acid in the body, enhances the risk of gout. This includes:

Gout is more common among women. The risk of gout increases with menopause in women.

Laboratory tests and imaging techniques are used in the diagnosis of gout. Presence of urate crystals in the joint is observed by joint fluid test, a procedure in which fluid from the affected joint is analyzed.

Blood test measures the levels of uric acid and creatinine in blood. X-ray images are used to differentiate other conditions that result in joint inflammation.

Could the pain in my joints be gout? 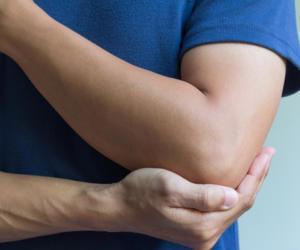 Medications for treating gout depend on the health of the patient and the patient’s choice.

Future gout attacks can be prevented by:

A few alternative and homeopathic remedies are used to reduce the symptoms of gout.

Certain foods are found to be effective in reducing the symptoms of gout. Coffee, vitamin C, and cherries are the most important among them.

Relaxation techniques like yoga and meditation will help in controlling pain associated with gout.

Lifestyle changes also help to control the symptoms of gout. Having plenty of water and non-alcoholic beverages keeps the person well hydrated.

Limiting the intake of alcoholic beverages helps to decrease the risk of gout episodes. Diet less in purines, the component which produces uric acid, is also important in controlling gout.

Maintaining a healthy body weight by regular exercise and healthy diet improves the overall health and reduces the risk of arthritis.

There are several complications associated with gout.

Some people may have recurrent episodes of gout several times in a year. This may lead to degeneration of the joint.

Formation of tophi in different parts of the body is another complication associated with gout. Accumulation of uric acid crystals in the kidney lead to kidney stones.

More from FindATopDoc on Gout 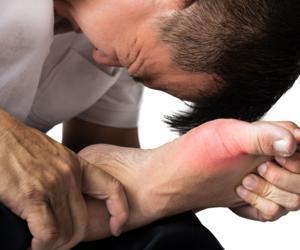 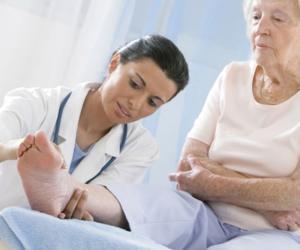 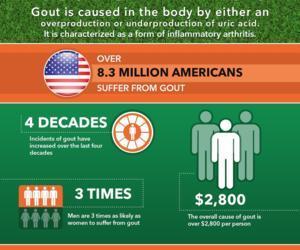 What Is the Link Between Gout and Fructose?

How do you treat gout in a big toe?

What to Avoid if You have Gout

What is the connection between gout and eating non-veg?

Is joint pain a symptom of gout?

Suffering From Joint Pain and Don't Know Why? Could Be Uric Acid Buildup

Treatments for Gout in the Knee