Hyperkalemia is a common medical problem. It refers to abnormally high levels of potassium in the blood.

The human body requires a fine balance of this ion in the blood for the proper functioning of the heart and muscles. For normal functioning of the muscle, nerves, and heart, potassium is essential; the activity of smooth muscles, skeletal muscles, and the heart muscle is regulated by the element. For normal electrical signals in the nervous system and normal electrical rhythm of the heart, potassium is critical. Normally, flushing excess potassium out of the body from the kidneys maintains a healthy balance of potassium. But sometimes, the levels might grow too high and cause hyperkalemia.

Conditions leading to mild hyperkalemia should also be treated to prevent the disease’s progression to a more severe form.

Hyperkalemia occurs due to electrolyte disturbance and, in the majority of cases, the condition is mild, so symptoms may not appear at all. Until the potassium levels are very high, the symptoms do not become apparent. If the potassium levels in the blood become extremely high, it can cause cardiac arrest and even death.

Normal levels of potassium in the blood are 3.5–5.0 milliequivalents per liter (mEq/L). Mild hyperkalemia refers to the presence of 5.1mEq/L to 6.0mEq/L, while potassium levels ranging from 6.1mEq/L to 7.0mEq/L fall under moderate hyperkalemia, and levels above 7.0mEq/L are considered severe hyperkalemia.

What Are the Main Causes of Hyperkalemia?

There are various reasons that could result in an excessive build-up of potassium in the bloodstream, which in turn causes hyperkalemia. Some of the most common causes associated with this medical condition are:

Excessive potassium in the bloodstream often causes problems associated with the heart. This largely produces symptoms of heart dysfunction, some of which include:

Severe symptoms are a slow heartbeat and weak pulse. This reflects the effect of the potassium levels on the heart’s electrical activity. The effect of mild hyperkalemia is limited when the condition is moderate, but can still cause changes in the electrocardiogram. If the condition is severe, it may stop the heart from beating entirely. Sudden hyperkalemia along with muscle paralysis is called hyperkalemic periodic paralysis, which is a rare, inherited disorder.

The body can tolerate a slow rise in potassium levels, but not an abrupt increase. Unless the rise is too high, the symptoms are not apparent. Also, sometimes the symptoms of hyperkalemia are due to some other underlying medical condition.

Hyperkalemia can often be hard to diagnose in a person. The symptoms are similar to those of other medical conditions and, in most cases, are so mild that the patient may not even realize their presence. As a diagnostic measure, the treating doctor conducts a physical examination of the patient and listens to the heartbeat to determine if there is any abnormality. The doctor may also ask questions pertaining to the patient’s condition, medical history, and diet. It is extremely important that all information is given to the doctor, including information about the medications one is consuming, over-the-counter products like herbal remedies and supplements, and so on. Certain lab tests may also be a part of the diagnosis by determining the level of potassium in the blood and urine. These tests indicate the patient’s vital organ functioning; if potassium levels are high, the doctor may suggest repeating blood tests; an ECG may be suggested to check for issues directly related to heart functionality, including the breathing pattern. This test gives a better view of the heart’s activity. An ECG may not show significant changes due to hyperkalemia and, in certain cases, the changes may also be mistaken for another underlying health condition.

Based upon the severity of the symptoms, the overall health of the patient, and the underlying cause of hyperkalemia, options for treatment can be determined. Treatment for hyperkalemia is more of a holistic approach that includes both medication and better diet management:

If you suffer from diseases like diabetes or blood pressure, it is important to keep your pressure and sugar levels in check. It is also important to have periodic blood tests to keep an eye on the levels and to avoid a sudden rise in potassium.

Follow a low-potassium diet if you have hyperkalemia or if you are at risk. Talk to your healthcare provider or dietitian, as eating too little or too much can be harmful for you. Foods such as meat, fish, and chicken contain potassium and are high in proteins. In order to stay healthy, there should be a balance of high-protein foods, too. Dietitians will help you get the right amount of protein and potassium for your body by creating a meal plan for you.

Hyperkalemia can cause cardiac arrhythmia or changes in heart rhythm. It can cause ventricular fibrillation, which is an emergency condition. Extreme cases in which hyperkalemia is not treated properly or is left untreated may cause death.

In people with CKD, kidney function continuously deteriorates, and hyperkalemia tends to recur. Potassium levels increase without any warning signs, so, managing such a condition can be challenging. One way to manage hyperkalemia is through dietary restriction of potassium, but this can be problematic since many healthy foods, such as steak, avocadoes, cantaloupe, milk, banana, potatoes, tomato paste and juice, squash, and raisins, contain potassium. Treatment to lower potassium levels is available, but managing the chronic risk of high blood potassium on a daily basis is challenging.

Get regular blood tests if you feel you are at risk of hyperkalemia. Sometimes, the symptoms of hyperkalemia are not visible in the early stage. If your levels are high, the doctor will start a treatment plan, and if the levels are too high, emergency treatment may be needed. If the levels are mild, the doctor may only monitor your condition. The doctor will order a follow-up if you are diagnosed with hyperkalemia. The frequency of follow-ups depends on the patient’s condition. A key part of your treatment and safety is the follow-up. Go for all appointments, and if you experience any symptoms, go to the doctor. Keep a list of all medications and supplements you are taking and keep all test results. 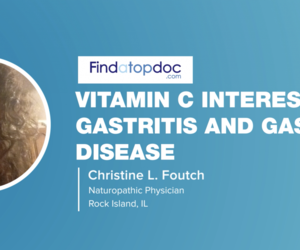 Have a question aboutPotassium?Ask a doctor now

What is the best toothpaste for receding gums?

My husband is having pain in his abdominal area due...

More from FindATopDoc on Potassium

What are the first few steps to take if a patient goes...

What is the treatment for high potassium levels in...

How is hyperkalemia treated?

What are the first few steps to take if a patient goes into hypokalemia?

How is hyperkalemia treated?

What is the treatment for high potassium levels in a kidney patient?

Is There an Early Diagnosis Possible in Hyperkalemia?

Understanding the Health Benefits of Potassium

35 Potassium Rich Foods and Their Benefits