Osteomyelitis is a rare, but serious bacterial infection of the bone. There are several ways by which a bone becomes infected. Infection in another part of the body may spread into the bone through the bloodstream or may spread from nearby tissue.

Infections can also begin in the bone itself if an open fracture or surgery exposes the bone to germs. In children, osteomyelitis commonly occurs in the long bones of the lower limbs and upper arms.

Adults most often develop osteomyelitis in the bones of the spine (vertebrae).

Individuals with diabetes may develop osteomyelitis in their feet if they have ulcers in the foot. Although it was considered an inalterable condition, osteomyelitis can now be successfully treated.

Most cases require surgery to remove the portion of bone that has died, followed by strong antibiotics that are often delivered intravenously for at least four to six weeks.

My daughter is grinding her teeth. What could be the...

Have a question aboutOsteomyelitis?Ask a doctor now

Sometimes, osteomyelitis produces no signs or symptoms, or may cause symptoms that are difficult to differentiate from other problems. Symptoms usually develop over a period of seven to ten days after infection.

The signs and symptoms of osteomyelitis include the following:

In most cases, osteomyelitis is caused by Staphylococcus aureus bacteria, which normally dwells on the skin and nasal mucosa of healthy individuals.

Osteomyelitis may also be caused by fungi or other microorganisms. The bacteria may gain entry into a bone in a number of ways, including:

In children, osteomyelitis most often affects the softer areas, called growth plates, at either end of the long bones of the arms and legs. In adults, the feet, spinal bones (vertebrae), and hip bone (pelvis) are most commonly affected by osteomyelitis.

A diagnosis of osteomyelitis is made by performing several tests and procedures.

After a medical evaluation, you may be referred to a doctor specializing in infectious diseases or an orthopedic surgeon.

Before your appointment, make sure you are fully prepared to ensure a productive meeting with the doctor.

Always ask about any pre-appointment restrictions, such as dietary modifications.

For osteomyelitis, some basic questions to ask your doctor include:

Your doctor is likely to ask you a number of questions, such as:

During the physical examination, your doctor may touch and feel the area around the affected bone to check for any tenderness, swelling, or warmth. If you have a foot ulcer, your doctor may determine its proximity to the underlying bone using a dull probe.

Your doctor may order certain diagnostic tests and procedures to diagnose osteomyelitis and to determine which bacteria is causing the infection, such as:

What do colonoscopies show my doctor?

I drink cold drinks very frequently. I am now having...

The main objective of treating osteomyelitis is to stop the infection and preserve as much function as possible by reducing the damage to the bone and its surrounding tissues.

The most common treatment option is surgery to remove portions of bone that are infected or dead, followed by a course of antibiotics. Hospitalization is usually necessary.

Surgery may be required to remove dead bone tissue if the infection does not resolve with antibiotics. Depending on the severity of the infection, osteomyelitis surgery may include one or more of the following procedures:

Antibiotics are infused through a vein in the arm for at least four to six weeks. An additional course of oral antibiotics may be needed to treat more serious infections. The doctor can suggest antibiotics to prevent or help treat the bacterial infection. If it is a fungal infection, the doctors can suggest antifungal medications. Acetaminophen is known to reduce pain and fever. It is a prescription-based medicine, so the doctor would provide details on how much should be taken and how often. Follow the doctor’s directions, or check the medicine label for more details. If the medicine is taken incorrectly or in a larger dose, it can lead to liver damage. One should not take more than four grams of acetaminophen per day.

One can always look to complement the surgical and medical treatment suggested by the doctor. This can be done by trying out a variety of alternative methods or therapies. Many of these therapies or treatments are home-based and mainly focus on increasing the strength of the immune system. A stronger immune system leads to overcoming an infection more quickly. One of the most important methods to strengthen the immune system is to ensure the body gets a well-balanced diet, which should have a combination of all the various nutrients. If there are still any deficiencies, one can take supplements of that particular nutrient, which will make up for any loss in the body. A few of these important nutrient supplements are mentioned below:

Apart from supplements, there are also several herbs available in day-to-day use which also play an important role in strengthening the immune system. Herbs are available in various forms, such as capsules, powders, dried extracts, and teas. They are also available in the form of tinctures and glycerites or their extracts. Those who are alcoholic or have a past history of drug abuse should avoid the intake of tinctures, since they contain traces of alcohol. Below are herbs which promote the immune system and help fight against infections:

Apart from conventional medicines, there are also homeopathic medicines available which are used as supportive or alternative treatments. Before starting any treatment, talk to a doctor, since these therapies are essentially complementing treatments to the conventional ones, not replacements.

The best possible way to prevent infections is by maintaining cleanliness. If you or your child has a deep wound, wash it thoroughly under running water for about five minutes, then cover it with a sterile dressing. Check for any signs of infection in the wound.

In general, follow precautions to avoid cuts and scrapes, which can give bacteria easy access to the body. If you are diabetic, closely examine your feet regularly, and contact your doctor if there is any sign of infection.

The outcome of treatment is best if osteomyelitis is recognized and treated early.

To recover more quickly from this medical condition, give the body ample rest so that it helps the bone heal faster. A splint will prevent any movement of the bone. Use crutches, a walker, or a cane, if possible, and try to avoid putting any weight on the feet.

There are several risks and complications associated with osteomyelitis.

Bones are generally resistant to infection. For osteomyelitis to develop, a condition that makes the bones susceptible to infection must be present.

The risk factors that increase one’s chance of developing osteomyelitis include:

Complications of osteomyelitis include:

More from FindATopDoc on Osteomyelitis

What can I do about the burn on my tongue?

I am not able to flex my foot. Why? 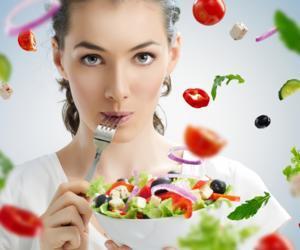