A varicocele is an abnormality of the scrotum which is characterized with dilated, elongated, and torturous veins that drain the testicle. This condition is common and is observed in more than 15% of the male population around the globe. Varicoceles can occur on one or both sides of your testicles. The condition develops during puberty.

Can diverticulitis be cured?

The primary repair or treatment for varicoceles is a surgical therapy known as varicocelectomy surgery. The presence of varicoceles on your scrotal sac doesn’t necessarily mean that you need surgery. The doctor will have a physical examination to see if your varicocele has a potential of causing testicular damage before performing the surgery.

As for the major aim of varicocelectomy, it should include occlusion of the offending varicosity by use of high success preservation of your arterial flow to the testis to minimize discomfort and morbidity.

Reasons Why You Need Varicocelectomy

Varicoceles have been found to raise the temperature of the testicles. This causes blood to get back into the veins supplying the testicles.

Although scientists still do not fully understand the mechanism in which varicoceles cause infertility, varicoceles have been found to destroy or damage sperm. The major reason why varicocelectomy is performed is to improve fertility.

Other reasons you should have varicocelectomy include:

During varicocelectomy surgery, the varicocele veins are blocked by use of a tie or clip that holds the outside of the veins tightly. This is aimed to block venous drainage. This surgery is an outpatient procedure, meaning that you can go home the same day of the operation.

After varicocelectomy surgery, the patient should have someone to drive him home or stay for one night after the operation.

You should at least walk around to exercise your calf muscles and make sure you are able to eat or bath.

In case you are lying down most of the time, you should exercise your calf muscles to prevent formation of blood clots in the leg veins. After varicocelectomy, you should also expect pain and some discomfort. However, a large number of patients report experiencing only a mild pain or no pain at all. The following are some steps you should take to reduce postoperative pains:

You will also have sutures or gauze dressing covering the surgical site. You can remove the dressing two days after the operation and take a shower. You should leave your stitches in place until they fall off on their own.

Other tips you can apply to quicken your recovery include:

Risks and Side Effects of Varicocelectomy

Some of the common complications you can have after varicocelectomy surgery include:

While varicocelectomy surgery is aimed to reduce infertility in adult men, some of them do not fully benefit from the operation. Some research has shown that the surgery produces favorable pregnancy rates, while others have shown pregnancy rates as the same with those who do not choose to undergo the operation.

Is the Zika virus still a threat?

Is surgery mandatory for epididymo-orchitis?

What Is an Orchiopexy Surgery?

More from FindATopDoc on Testicular Disorders 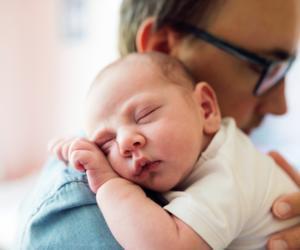 What to Expect After a Hydrocelectomy

Son has pain in testicles. Should I be concerned? 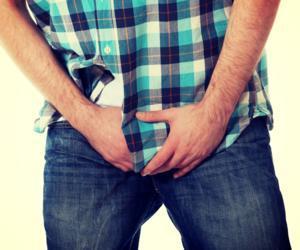 What Is Blue Balls and How to Get Rid of It

What Is Blue Balls and How to Get Rid of It

What Is an Orchiopexy Surgery?

Son has pain in testicles. Should I be concerned?