Biopsies may vary differently depending on the type and location of the tissues and how hard are they to obtain. The medical term used to describe such method is “invasiveness.” A less invasive procedure will, for example, take place in a doctor’s office the same day an abnormal tissue is discovered. A small dose of anesthesia is given to numb your tissues and make the whole procedure painless.

In a more invasive biopsy procedure, the whole process takes place in a surgical center, specialized doctor’s office, or hospital. You are required to make an appointment with your doctor for this type of biopsy. In many cases, pain relievers or sedatives are used to reduce pain and discomfort during the procedure. You will not be able to drive after having pain relievers such as a general anesthesia. 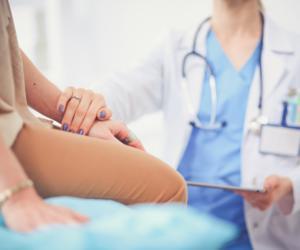 Have a question aboutBiopsy?Ask a doctor now

You may at least feel sore in the biopsy site immediately after the operation, which may extend for a few days. Your doctor is going to prescribe you some painkillers to take home after the procedure.

What to Expect After a Biopsy

Below are some things you should expect after having a biopsy:

The site of biopsy tends to bleed after the procedure. Bleeding is one major concern you must have after a biopsy procedure. The degree of bleeding may vary according to the type of biopsy you underwent. Was it invasive or non-invasive? What it less invasive or more invasive? All of these factors count. In case bleeding persists, you should immediately call your doctor.

Swelling is another common outcome after a biopsy. Swelling is a normal body reaction that occurs after the surgery and repair period. It is experienced the second day after the biopsy procedure. After 2 to 3 days, the swelling around the biopsy site will be at its peak. Swelling may be minimized by the use of ice packs. A plastic bag full of ice, frozen corn or peas, and gel should be placed on the biopsy site. Applying cold packs with an interval of 20 to 30 minutes can make the healing process faster.

Heat packs can also reduce one's swelling. They are effective on the 3rd day after the biopsy. Heat packs can be applied with an interval of 20 minutes.

Pain is another thing that you should expect after a biopsy. After the procedure, you will be prescribed painkillers to help you get rid of the pain. The painkillers will help slow down your reflexes and make you feel relaxed. You should avoid alcohol or any alcoholic drinks after having a biopsy. Pain after a biopsy can last for up to three days. Taking ibuprofen or any other over-the-counter painkillers can help you rest after a biopsy. If the pain persists, you should call your doctor immediately.

The consumption of liquids after sedation can put you at risk of excessive bleeding after a biopsy. For example, drinking fluids from a glass with a straw can cause a sucking motion that can simply dislodge a blood clot, which can lead to bleeding. Taking high-calorie foods after a biopsy is highly recommended. Your food intake will only be limited during the first days after a biopsy. Compensation for this can be achieved by drinking plenty of fluids. Drinking at least 5 to 6 glasses of water daily can do you good. With this, you will feel better, comfortable, and may heal faster.

Observing proper hygiene is one important step to a fast healing after a biopsy. Rinsing the biopsy site should only be done starting on the second day. You can decide to brush your teeth on the second day after an oral biopsy. You can also rinse your mouth with warm salty water. It is a hygienic step to achieve a faster recovery after an oral biopsy. Remember that a clean biopsy site heals better and faster.

You should minimize doing physical exercises as much as possible immediately after undergoing a biopsy. You are required to have a limited or controlled physical activity during the first week after your biopsy. Engaging in strenuous exercises may put you at risk of excessive bleeding. If you experience bleeding, you should stop exercising immediately.

Many surgeons use dissolvable stitches or sutures to close your wounds after surgery. Dissolvable sutures may fall off 5 to 7 days after the surgery. The sutures are made to the biopsy site to minimize bleeding after the procedure and to achieve a faster wound healing. If your sutures are not dissolvable, your doctor will set an appointment with you to remove them.

A biopsy is a medical or surgical procedure that involves taking a sample of a suspicious tissue for further microscopic examination. There are many things you should expect from an invasive or non-invasive biopsy. They include changes in your diet, physical activities, and the wound healing process.

I have marijuana in my system. Should I reschedule...

Is a biopsy done through radiology?

How long does it take for a biopsy report to come?

More from FindATopDoc on Biopsy

Can a biopsy be done through an imaging scan?

Why do they send a mole biopsy sample for second opinion? 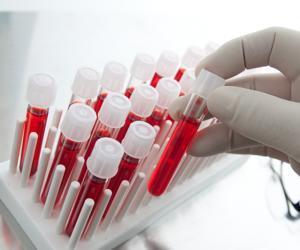 What areas of the prostate are used during a biopsy?

Bone Marrow Biopsies Might Not Be Necessary for Follicular Lymphoma Patients

How to Prepare for a Biopsy