When speaking of ethics in the medical field, it’s never so simple as the ethics that one learns at home or in other social settings. Ethics in this context have much more to do with a code of conduct, as well as a fair amount of patient advocacy. Depending on the arena of medicine and the specifics involved, these can vary as well. Both fields have their own guidelines for what is ethically acceptable and responsible when interacting with patients and research subjects.

Research ethics guidelines are quite straightforward and to the point of what is expected to researchers. All those engaging in research, even students, are required to sign an ethics form and comply with all the tenets of the guidelines. For researchers that fail to comply, the results can be career ending.

Researchers are required to be honest in all their data and communications about their data. This means no falsification, fabrication of misrepresentation of data, nor misleading the public, their professional colleagues or sponsors. Objectivity is also a large and significant portion of the ethical guidelines of research. It’s possible for researchers to skew the results of a study in one direction or the other depending either their own biases or desires, to that end all potentially conflicts of interest be they financial, personal or familial must always be disclosed.

In all that is done, researchers should also always strive to act with integrity. This means that all promises made to participants and colleagues must be kept while striving for consistency. Work should always be carefully and critically examined for errors or contradictions. Thorough records of all actions, outcomes and materials used should be kept and updated as necessary. This includes all data collections as well as correspondences including journal submissions, entries and research designs.

It’s essential that researchers respect the works of others that have come before them. To that end, all patents, copyrights and intellectual property rights must be honored. In order to use the property of others, researchers must secure the rights of use for those items either through the holders directly or their representatives. When these rights are secured, credit in the form of citations must be included in all subsequent works that are published or submitted for publishing. If rights cannot be obtained, researchers should never plagiarize their findings or results. Confidentiality of subject data should also be honored and the privacy of subjects should never be compromised.

Social responsibility should also be a top concern for researchers. How will their study affect the general public? How should the information be disseminated to the general public? The goal is to cause as little social harm as possible, or to eliminate that harm entirely. To that end researchers are expected to cultivate diverse teams of scientists that do not discriminate on the basis of race, sex, religion, ethnicity or any other factor that is not related to the scientific competence of an individual.

Research scientists are expected to keep themselves abreast of the latest discoveries and methodologies as this pertains to their chosen field, engaging in lifelong study and personal education. This includes being knowledgeable of the pertinent laws and governmental policies of their particular area of conducting research.

And finally, they are required when conducting animal or human trials to mitigate the harm done to test subjects as much as possible. This entails be sure that anima trials are well thought out and implemented, subjects should not be harmed or put at risk. The goal should be minimizing harm while maximizing the benefits to both the subject and the study. Special precautions should be taken with vulnerable populations to minimize distress as much as possible. By far the most important aspect of conducting human trials is informed consent. Subjects should be made aware of all aspects of the study as do not interfere with research data, be informed of all possible side effects and given the opportunity to withdraw as they see fit.

Clinical ethics flies closer to the definition of ethics, right and wrong, as prescribed by society at large. Clinical ethics are a more sticky situation than research ethics because often it involves delivery of care in an emergency situation. This sort of ethical dilemma often comes down to the medical personnel that are required to make a split second decision, the person making the decision often has to rely on his or her own moral code. An example of this would be having a difficult patient that needs a particular medication to become well again, but they refuse to take it. In that sense, a nurse or a doctor, knowing that this medication is needed, may have to wrestle with the idea of slipping the medication to the patient without their knowledge in the food or drink.

You may look at a situation like this and think that it’s for the best of the patient. And, you would be correct, but the patient hasn’t consented to the medication and has in fact refused it. It becomes a conundrum because physicians and nurses take an oath to care for patients and keep them alive, so when faced with a patient that is unwilling to comply with their own treatment protocol, it puts healthcare practitioners in a difficult position.

Another, and more serious scenario would be when should a physician follow or disregard the advance directive of a particular type of patient, say for instance an anorexic one. Anorexia Nervosa is a mental illness as described in the DSM-IV. By definition, the disease is one of bad decision making that while the patient believes that they are making themselves better, they are in fact doing sometimes irreparable harm to their bodies and organs. How then does a responsible physician follow a directive set in place by someone that lacks the judgement to ascertain when they are harming themselves?

The Grey Areas of Ethics

By far the research ethics seem more clear cut and in many ways easier to adhere to. Researchers are often dealing with a subset of people that represent a population that is most interested in ways to help themselves. Most human research subjects are not a danger to themselves emotionally or physically and truly believe in the research being conducted. In that sense, a research population is almost a self-selected population that is primed for the success of whichever trial they seek out. Research ethics are easier mostly because the focus is often data related.

Clinical ethics, on the other hand, are a sticky ball of wax composed of human emotion and the judgement of both patients and healthcare providers. The whole rests on what is best for the patient, but places the burden of that decision on the shoulders of the provider. Because people vary wildly in the ways in which they approach and deal with different issues, the outcome is different from provider to provider. Whereas one provider may see value in allowing parents to hold a child that has minutes to live in the name of closure, another may decide that it may be too upsetting for the parents and will tell them that their child has been stillborn. And it all has to do with the way that these particular providers approach their own emotional crises.

Like research ethics have their own written guidelines that must be signed at the start of each study and adhered to, the same standard of comportment should be set for medical ethics. In fact it may be even more important to do so with medical ethics due to the emotional human factor of all that are involved. 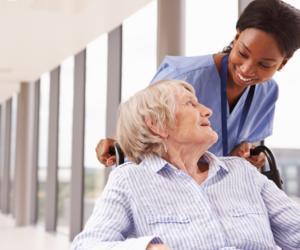 The Perks of Being a Nurse 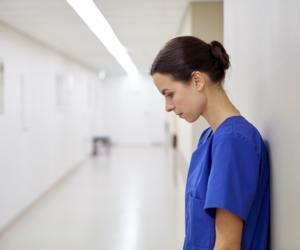 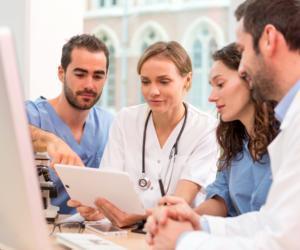 The Communication Gap Between Nurses and Other Healthcare Professionals

Nursing: A Way Out of Poverty and into the Computer Age?