Being part of a healthcare center is a noble profession; everyone has an important role to play, and there are plenty of opportunities to make a difference in the lives of every patient. On the other hand, failure to execute procedures or to account for occupational safety measures may also result in equally catastrophic consequences. Case in point, healthcare workers are constantly exposed to a slew of hazards that, if not taken into consideration, may cause significant harm to both them, as well as the patients they are charged with. Radiation also happens to be one of the most dangerous hazards that healthcare workers are exposed to on a daily basis, especially for those who are tasked with imaging procedures such as cardiovascular imaging, x-rays, fluoroscopic imaging, and so on.

Is it more common to work a 12-hour shift instead of...

With the advances in imaging technology, it's now possible to perform a wide variety of procedures percutaneously, without the need for invasive measures that could put the patient’s life at risk. However, these procedures often rely on radiation in order to produce their images which, for a single patient, is well below the danger zone when it comes to levels of radiation. On the other hand, when it comes to doctors, nurses, and other certified medical personnel who, on a daily basis perform imaging procedures on several patients, the secondhand exposure to radiation from the equipment they operate is just enough to, with time, cause significant harm to them in the long term.

These new fluoroscopic imaging techniques are used in many fields, such as surgery and endoscopy, to increase the specialist’s visibility while operating. However, the reliance on such technologies makes it so that all the personnel involved in the procedure are also exposed to radiation. In this sense, not only are the imaging technicians prone to such risks, but anesthesiologists, surgeons, and other operating room staff, as well.

With the new advances in technology, come a wide variety of risks; risks that all personnel must be made aware of and accounted for when issuing protective gear as well as preventive measures.

In this article, we will briefly go over the effects of excessive exposure to radiation, as well as the measures that healthcare professionals may take in order to protect themselves and others from this occupational hazard.

Exposure to radiation, especially ionizing radiation can, first and foremost, cause adverse tissue reactions that may result in the development of carcinogens. In this article, an in-depth study of radiation dose and risk of malignancy from cardiovascular imaging, which can help determine the limits between safe and hazardous exposure to radiation, may be found. For now, it is safe to assume that all exposure, regardless of the amount, may contribute towards the development of cancer. Luckily, there are ways to protect the body from exposure, which we’ll get to in the next section.

One of the most delicate tissues in the human body when it comes to radiation exposure is the lens of the eye. There is a well-documented risk of radiation-induced cataract on subjects that interact with imaging equipment on a daily basis, and fail to take the appropriate safety measures to protect themselves at all times. When it comes to cataracts and radiation, however, there are no clear studies on how much radiation is truly safe for the lens of the eye. Instead, safety measures must be taken at all times to reduce the impact that constant exposure to radiation will have on these structures.

Lastly, apart from leukemia, bone sarcomas, skin cancer, and the development of other carcinogens, excessive exposure to radiation may also be mutagenic, which means that it may cause genetic mutations to develop in exposed individuals. This fact was made apparent through the studies of individuals exposed to ionizing radiation from their proximity to atomic bombings. Said studies discovered profound effects on their hematopoietic and gastrointestinal systems, which have helped greatly to further our understanding of the effects of ionizing radiation, and the doses at which said effects are expected to occur.

When it comes to radiation, technically, any amount of exposure will lead to the risk of developing adverse effects. However, in small doses, these risks are so small, that they’re not even worth considering. However, when it comes to healthcare workers, who are exposed to low doses of radiation across long periods of time, there is a debate on how much of this chronic radiation is truly safe for these individuals. According to the Occupational Safety and Health Administration (OSHA), these are the levels of safe exposure to radiation over a 3-month period:

However, instead of abiding by OSHA standards, some health centers decide to follow ALARA, which stands for As Low As Reasonably Achievable. This standard states that no dose of radiation is truly safe, and goes the extra mile to ensure that any and all exposed personnel are properly apprised and geared to protect them from excessive exposure.

Despite our knowledge of safe levels of exposure, some personnel will inevitably have to expose themselves to radiation in order to provide their services. Luckily, there are several ways to minimize said exposure and keep the personnel safe from most symptoms of excessive exposure. The most common tools to limit the worker’s exposure to radiation are:

One last useful method to keep radiation levels in check is via the use of special badges called dosimeters. All personnel that is tasked with procedures regularly involving radiation wear these badges throughout the workday, which can help measure and record their exposure and serve as a valuable asset in order to protect them from excessive exposure. If a specialist or technician is nearing the limit of safe exposure, he or she must be removed from the task, and assigned other responsibilities that don’t involve radiation. Nevertheless, if the facility follows the rules for safe exposure, these badges should seldom surpass the levels of dangerous radiation.

Advice for a New Nurse

My arm and chest hurts? 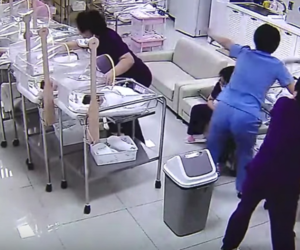 What are the home remedies for heart palpitations?

Should I see a doctor if I am pregnant?

Should I have a blood test if I have vertigo?