Design thinking is not something that one would normally associate with the medical field. When speaking of the subject, anyone knowledgeable would think first of products designed to user friendly and applied across many industries, but mostly centered around technology. But why wouldn’t design thinking be a part of the medical field? After all, just about everything in medicine has been designed for that specific use from patient gowns to hospital bills. Admittedly, these things are not all very user friendly which is the stated purpose of design, so the purpose of design in medicine is a way for medicine to empathize with its patients and their families.

How Does Design in Medicine Function?

With design thinking, the ideas on what the best ways of doing things in particular environment would come from the people that worked in that environment. So if for instance the staff wanted to do away with the traditional forms of staffing area with long counters that make patients feel uncomfortable, the people who worked behind those counters would likely be the best people to come up with the idea of what it should look like, how it functions and how best to utilize it to make patients feel more welcome and less like they’re in an institution. 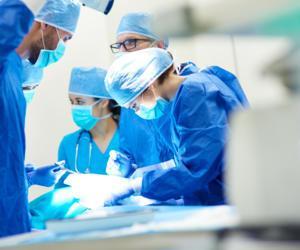 However design thinking in medicine doesn’t stop there. Research has shown that not only does an intuitive design benefit healthcare providers, it benefits patient safety as well. Historically  although large sums of money have been poured into healthcare facilities, not much consideration was given to the impact of the design on patient safety or quality of care. With the recent shift in healthcare to design based care including the technological and all the equipment used, it has had a profound effect on the problems of the culture of hospitals including healthcare processes, safety issues and the physical environment. The shift is important so that both nurses and other healthcare providers not only have the resources that will enable them to enact safe care to improve outcomes.

Why Should Design be an Important Part of Medicine?

Psychologists have found that the physical environment can not only have an impact on the productivity of people, but their safety as well. By understanding how connected these two things are along with the tools of the trade goes a long way in creating spaces in healthcare facilities that will have positive effects on both the care that patients receive and on how well caregivers are able to perform their duties. Caregivers in badly designed spaces will tend to make more errors than those that are not.

Moreover the structure of fixed and movable parts has a significant effect on both caregiver performance and patients care and safety. For example, patient rooms designed with with fewer beds and housing fewer patients saw a decrease in caregiver fatigue and errors. Patients also benefited from having less people in the same area along with a caregiver who is able to focus more attention on patients due to being less tired and thus prone to making errors. One of the more important discoveries of a study on the efficacy of single patient versus semi-private rooms also found that these sorts of rooms helped to cut down on the spread of infection as well as other kinds of contamination much better than ward style rooms.

How Can Design Impact Care?

No one fix will work for all facilities and so it’s best to use evidence based designs to improve on distractions, standardizing locations of equipment, areas for completing paperwork. The best design spaces are ones that that prioritize practices that compensate for human error. A few things have been identified as being counter intuitive to the job of nurses and the largest obstacle has been that of the central nursing station.

A study in France found that if they divided the nurses work area into quadrants of the patient rooms, nurses station, corridor and supply closet that their productivity was greatly decreased due to all these locations being in relatively distant areas. In the study when going from patient room, to supply closet for medicines or back to the nurses' station to replace charts or get a new patient chart, nurses were stopped or interrupted in the journey an average of once every twelve minutes, resulting in simple tasks taking much longer than they should.

To minimize the problem of one task becoming many and the possibility that the most important tasks won’t be completed in a timely manner, the best approach would be to have several nursing stations throughout a unit complete with their own supply and equipment closets that can contain the most commonly used non narcotic medications, linens and other supplies. The patients charts could be distributed in clusters around specific stations and that would not only increase productivity but benefit nurses by decreasing fatigue and minimizing the amount of time spent locating supplies and walking from one end of a unit to the other while constantly being interrupted with other tasks. Patients would also benefit from having more stations throughout the unit in the form of greater monitoring when nurses don’t have to leave on a task.

Impact on Patient Health and Recovery

In terms of patient care and the relatives of the patients, both studies and anecdotal evidence shows that patients in better designed healthcare facilities have shorter recovery times and better mortality outcomes. A study done in nineteen eighty-four had two sets of recovering patient participants where one set had a view of a brick wall while the other set had a natural view of trees. The patients with the natural view got better faster and reported less pain that those that had the view of a brick wall. The patients with the natural view also requested less pain relievers and had fewer minor complications such as headaches or stress illnesses.  It’s thought that being able to see the outside helped the patients not focus on their own illness and pain which in turn stimulated faster recovery.

A Mcgill University study showed that patients that had previously been housed in multiple occupancy rooms had an increase in overall recovery and a ten percent shorter stay in the hospital for intensive care patients. This was credited to a single occupancy room being a much quieter environment where patients could get sleep which is not only essential to recovery but also helps to relieve stress. Poor quality of sleep can lead to a suppressed immune system and difficulties in temperature regulation both potentially devastating effects for recovering patients.

More healthcare facilities particularly in the US and Europe and currently moving towards incorporating design into the overall mandate of healthcare facilities as more caregivers as well as some patients begin to believe that it promotes healing. It may be expensive to create better designed facilities at the moment, the alternative to that is staff having to perform their duties in facilities that don’t enable them to do the best work that they can while risking patient safety. The financial costs may be great, but the long term positive effects on staff productivity through and patient care and safety would argue that they outweigh the financials.

Airforce Veteran Finds Joy in Being a Nurse 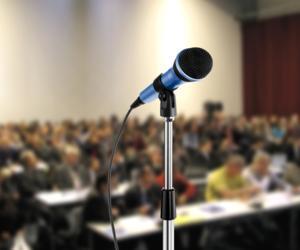 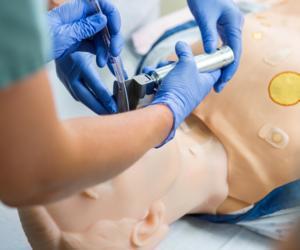 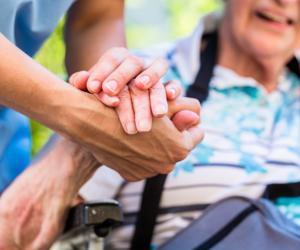