Sexual harassment (not just in the nursing trade) has been coming out in droves as the #MeToo movement gained momentum a few months ago. As news of more and more acts of sexual harassment involved mainstream celebrities began to spread, so did awareness of this horrible act. However, as Hollywood trembles due to the gravity of the situation as well as the alarming commonality of these acts, this is actually simply par for the course when it comes to the healthcare industry. 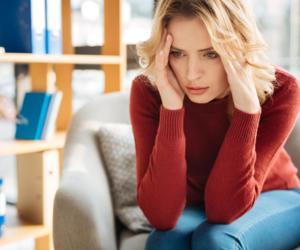 Finding the Right Work-Life Balance as a Nurse

A rogue touch here as the nurse bends down to administer an IV line, a sleazy compliment when providing care, or an outright unwelcome nude exposure are common things in the industry, which caregivers need to deal with all the time—sometimes on a daily basis!

According to a study published in an issue of Nurse Week, at least 19% of registered nurses have reported being the target of some type of sexual harassment, a number that is even higher in the case of male nurses. This problem is not limited to patient-on-nurse harassment, either. In what was a high profile case of sexual harassment that occurred in the Lutheran Medical Center in Brooklyn, which involved more than 50 women (nurses and other  medical personnel, the healthcare center agreed to pay around $5.5 million in damages due to a certain doctor sexually harassing incoming staff and personnel during their pre-employment exams.

Most individuals believe that the reason behind sexual harassment in the medical field going unnoticed for such a long time can be attributed to the ‘naughty nurse’ stereotype. This paradigm establishes nurses and doctors as sexual objects and states that these types of sexual harassment (either verbal or physical) are acceptable ways of treating these individuals. Thanks to the image that pop-culture spreads of nursing personnel, some individuals (men, in particular) believe that sexual harassment is not only legal but a decent way to treat caregivers. Also, the fact that harassment in this field is a severely underreported issue only serves to further the damage caused by it.

Instead of following the procedures and protocol established by the health center in order to deal with situations such as this one, nurses feel compelled to develop thick skins, and simply learn to deal with harassment in their own way. Some nurses believe that the ailing and the infirm simply ‘can’t help themselves’ and, while not condoning the act, they may opt to let them get away with it, instead of reporting it to the authorities.

As was mentioned before, sexual harassment is not limited solely to patients on nurses; these acts can come from a wide variety of sources, some that may impress even the most steadfast individuals. When it comes to sexual harassment in the workplace, hospitals have two main sources of perpetrators:

By far the most common type of harassment in the medical and nursing field. This offense is perpetuated by those who believe that it’s fine to make sexual advances on caregivers, as well as by the image of the ‘naughty nurse’ presented to people in pop culture.

Belinda Heimericks, the Executive Director of the Missouri Nurses Association once stated that these acts happen all the time; that if a veteran nurse is asked if she has been subjected to sexual harassment at some point in their career, the answer will most likely be yes. It’s important to note that sexual harassment in the nursing field is not only limited to an unwanted touch or caress; inappropriate jokes or comments are also considered as sexual harassment and there are federal and state laws in place to protect personnel from said offenses.

This is the least-known form of harassment and is closely-related to the power differential between nurses and doctors within medical centers. The unfortunate reality is that, even in this day and age, doctors are held in higher regard than nurses, and this differential can, in some cases, lead them to commit lascivious acts. Nurses, on the other hands, know that the fate of their job is frequently in the hands of said doctors, and instead of reporting acts of sexual harassment, they opt to stay silent. In 2009, Janet Bianco, a nurse from Flushing Hospital in New York was awarded $15 million in compensation after being subjected to sexual harassment for years, which culminated in two violent attacks in 2001. Even after complaining to her superiors about her situation, the doctor’s reputation caused Janet’s superiors to look the other way until the problem could no longer be contained and came to light.

The increasing frequency of sexual harassment cases has forced hospitals to get creative when it comes to preventing said incidents. Technically, the correct procedure is for nurses and other medical personnel to provide aid to the patient. In order to prevent these professionals from coming to harm at the hands of patients, they are protected by the Title VII federal law, which prohibits gender discrimination in all its forms, as well as other state regulations. In other contexts, such as in a convenience store, for example, it’s much easier to deny service when the client is out of line. However, when it comes to a hospital environment, this matter is much more complicated, as there might be patients that aren’t in their right minds, or elderly, or those on some kind of medication that makes them act out.

Due to this, hospitals are adopting hands-on policies to protect their staff. For instance, when a rowdy patient is identified, nurses are instructed to provide care in pairs, so as to dissuade the patient from acting out. If this measure is not enough to prevent unwanted advances, the nurse can be reassigned to another wing in order to safeguard her integrity.

Luckily, with the #MeToo movement, and the increasing awareness of sexual harassment in medical centers, said incidents are expected to decrease in frequency. Hopefully, the measures mentioned above prove effective in preventing unwanted advances in the rare cases where patients still choose to act out.

Is Now the Time to Become a Nurse? 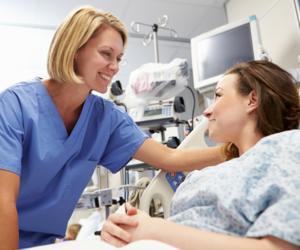 How long does it take for alcohol to damage kidneys?

I drug tested positive for something I’ve never used?

Creating a Flexible Workplace for Nurses